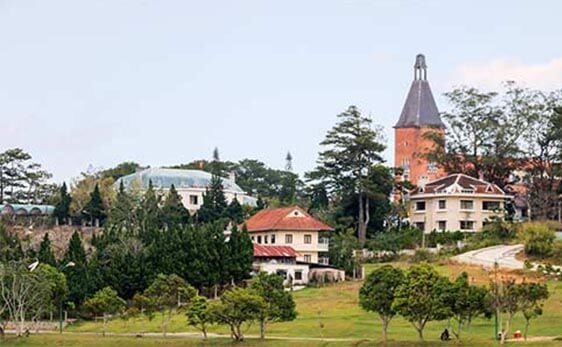 It’s known as “the City of Flowers,” and you’ll see them everywhere you go—on nearly every street and on display in every city park. Flower fields outside of town stretch into the distance, bursting with the radiant colors of lilies, chrysanthemums, and roses.

The population—just over 400,000—includes around 300 expats. Most have moved here to teach or to retire; a few own small local businesses. The close-knit expat community is exceptionally diverse, including folks from the U.S., U.K., Australia, Canada, South Africa, Scandinavia, Japan, and Europe. 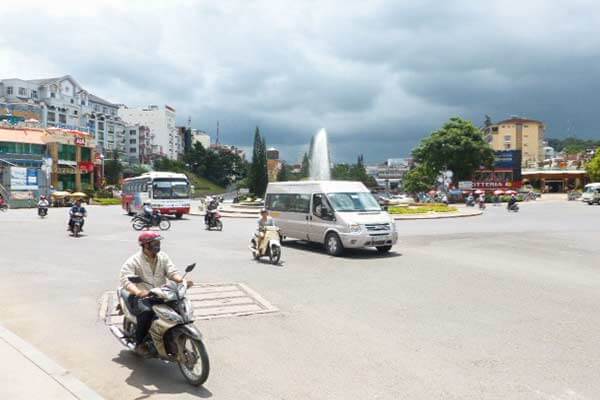 In the early 19th century, Dalat was developed by the French as a cool weather retreat from the steamy plantations and cities of the lowlands. Many of the buildings in the city reflect that early French colonial style, while others are designed like Swiss chalets.

Most days are warm enough to wear a t-shirt, while evenings are cool enough for a light jacket. It never gets too hot, but it’s far enough south that it never gets too cold, and the humidity is lower than elsewhere in Vietnam. The warmest temperature ever recorded in Dalat was a comfortable 89 F. On most days, the high temperature is around 77 F, even during the summer, and temperatures during the winter occasionally hover near freezing. The average year-round temperature is a pleasant 66 F. Heating and air conditioning are not required, though some expats use space heaters on the coolest nights.

Hospitals in Dalat are not up to international standards. Hoan My Hospital occasionally has an English-speaking doctor on duty; Lam Dong General Hospital does not. Minor illnesses and injuries can be treated locally, but for anything serious, head to Ho Chi Minh City (HCMC). Dalat’s Lien Khuong International Airport is located just south of the city and has frequent flights to HCMC, Bangkok and beyond.

From your home, you’ll likely be treated to gorgeous views—pine-forested hills, valleys, and mountains stretching off into the distance, bright blue skies during the day, and the Milky Way glittering majestically above the clean mountain air at night.

Dalat doesn’t have any homes authorized for purchase by foreigners at this time, but with rents so low, there would be little advantage to owning a home anyway.

The best ways to find housing in Dalat is either by word of mouth or by enquiring and searching through the listings on either the Dalat Expats Living & Accommodation Facebook group or the Expats in Dalat Facebook group.

Public transportation is limited in Dalat though taxis are readily available. Some physically fit folks ride bicycles, but Dalat is set in the hills and few streets are level. Most foreigners either walk or drive a small motorbike. A motorbike gives you easy access to the waterfalls, lakes, temples, and other nearby attractions in the region, too. 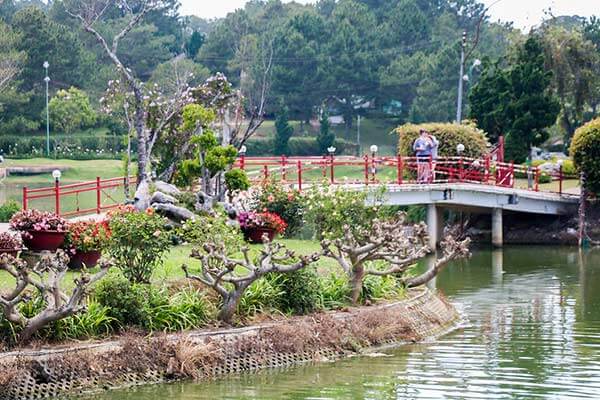 The city is the commercial heart of Vietnam’s “salad bowl,” where temperate-zone crops such as avocados, artichokes, lettuce, strawberries, mulberries, and coffee are grown and distributed internationally and throughout Vietnam. Steamy HCMC is a six-hour drive from Dalat, while the popular coastal resort town of Nha Trang is only three hours away.

For a sampling of what’s in season, head to Dalat’s Central Market. During the day, it’s filled to bursting with flowers and the freshest locally grown fruits and vegetables. Later, the flowers disappear and it becomes a venue for clothing and household goods. Every evening, a lively night market lines the streets leading to the main market building. It’s always crowded with hungry diners who come to feast on barbequed meat and shellfish, flavorful hot pot, and the freshest vegetables, fruits, and greens from the orchards and farms in the valleys.

Expats in Dalat, Dalat Today, and Expats in DaLat Vietnam–Official Page are the three main Facebook groups that connect the city’s expats. You’ll see postings for events, meet-ups, housing, promotions, and other things of interest to the foreign community. Once a month, a meet-up draws anywhere from 20 to 80 expats to one of the city’s many restaurants, and another meet-up is held on the first Saturday of every month. Other Facebook groups connect Dalat’s photographers, writers, job-seekers, and motorcycle enthusiasts.

Besides the huge night market, Dalat has several western-style restaurants and coffee shops, as well as many restaurants serving up excellent Vietnamese fare. The Australian-owned One More Café regularly hosts luncheons, potlucks, and special events for resident expats. There’s also a large Big C Supermarket that stocks clothing and housewares in addition to a wide selection of groceries.

Dalat has a few popular late-night watering holes. 100 Roofs Café is famous for its maze of tunnels, stairways and alcoves—so many nooks and crannies that after a few drinks, you could get lost there. The Artist Alley Restaurant has good food, drinks, art, and live entertainment.

Cost of Living in Dalat 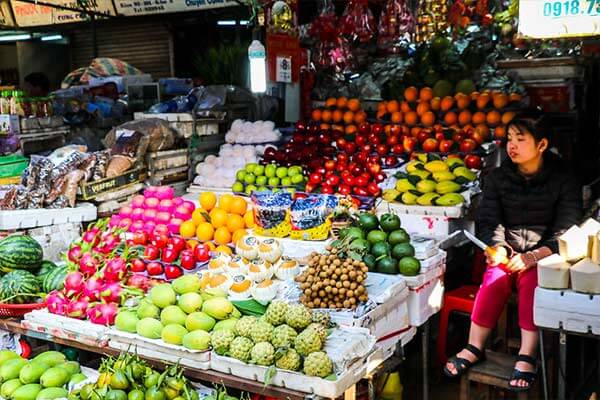 Dalat might have the lowest cost of living of all the major towns in Vietnam. Rent is cheap, and since there is no need to run an air conditioner or heater, electricity costs are low, too.

Two people can live comfortably on a budget of $1,000 per month or less. A simple stir-fry meal at a local Vietnamese restaurant costs about $1.00, a plate of fried rice with meat or seafood costs $1.25, and a big meal for two at the market will likely cost less than $10, including drinks.

Here’s an example of a monthly budget for two people living comfortably in Dalat:

If you are intrigued by the low cost of living in Vietnam but don’t like the idea of living in a big city or in a hot and tropical climate, consider Dalat. You’ll discover a friendly and welcoming expat community in an area perfect for outdoor exploration, fresh air, and starry nights.