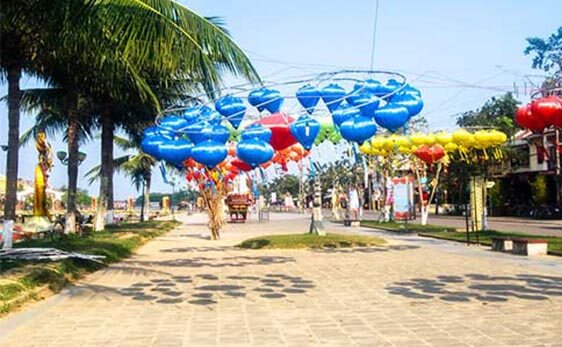 Hoi An, a town of about 120,000 people on Vietnam’s central coast, is one of the most visited tourist destinations in Vietnam. It’s also home to one of Vietnam’s fastest growing expat communities.

You’ll find one of the prettiest beaches in Southeast Asia—An Bang Beach—in Hoi An. The Ancient Town, built by merchants from China, Japan, and Europe, was once a thriving port of call. Entrepreneurs came to trade everything from delicate glass to heavy weaponry, while warehouses packed alongside the Thu Bon River were stacked full of porcelain, spices, silk and mother-of-pearl. In the early 1800s, the river—the lifeblood of Hoi An—silted up, becoming too shallow to navigate. Traders went elsewhere and Hoi An became a forgotten backwater.

Hoi An wasn’t rediscovered until about 20 years ago, when the remarkably well-preserved Chinese and Japanese architecture caught the attention of UNESCO. Sin

ce that time, Hoi An has become one of Vietnam’s most prosperous towns. Visitors come to explore the many ancient Chinese-style shophouses, temples, community halls, and pagodas, the delightful Japanese bridge, the distinctive regional cuisine, and the sandy, palm-fringed beaches.

Retire in Hoi An 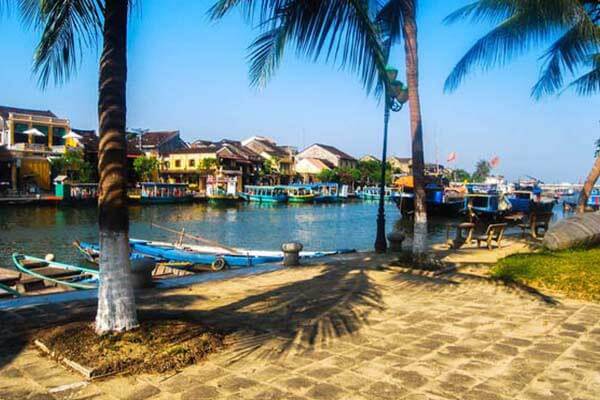 Hoi An’s expat community has grown from less than 50 to more than 1,000 over the past decade. It’s a livable town; it’s close enough to the city of Da Nang, where you can find all the amenities you need, yet small enough to attract expat families, digital nomads, and retirees who prefer a more laidback, less urban experience.

Most expats live outside of the Ancient Town. Though it’s the best part of Hoi An to look at, it’s susceptible to flooding during the September to November wet season. Hoi An is small enough, though, that you can live in areas less prone to flooding and still be within a few minutes of the historic district. Cam Chau District, which is located east of the Ancient Town between the Thu Bon River and the ocean, is higher in elevation that the surrounding area, so flooding—which seems to occur at least once every wet season—isn’t a problem. Other areas away from the river and close to the beach include Cam An and Cua Dai Districts, and An Bang Beach, which is a few minutes north of Hoi An.

Considering the popularity of the town, renting a home in Hoi An is surprisingly affordable. Most homes are single-family houses, though there are a few apartments scattered throughout the city, and condominiums in resort developments along the beachfront. Studio and one-bedroom houses in town start at less than $300 per month, while you can find homes a short walk from the beach for $450 per month and up. A few properties near the coast are available for purchase, too; prices in these luxury resort developments start at around $350,000.

Da Nang, which is about 40 minutes north of Hoi An, is the largest city on Vietnam’s central coast. This is where you’ll find the international airport and the train station, as well as the region’s best hospitals, supermarkets, and shopping centers.

Many expats find that the roads in Hoi An roads are perfect for bicycling, though renting or buying a small motorbike is ideal for exploring the rural lanes and backroads. Hoi An is compact enough that you can get by with walking and the occasional use of taxis, but there isn’t much in the way of buses or other public transportation within town. Buses do run frequently between Hoi An and Da Nang, though.

Lifestyle in Hoi An 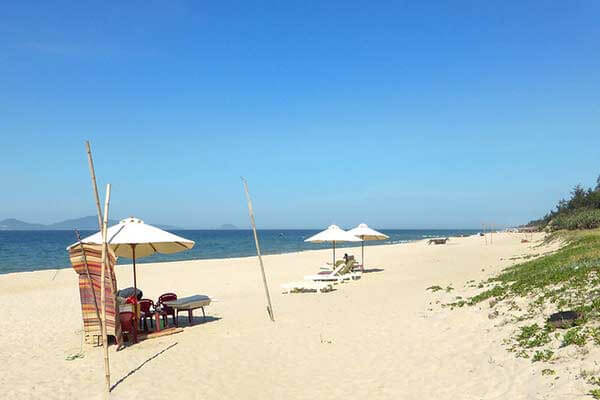 Though Hoi An’s main claims to fame are its historic architecture and beaches, it’s almost as well known for the scores of tailors and shoemakers who have shops in the city. It’s a great place to order custom-made suits, dresses, silks, and shoes. The turnaround time for most items is within 24 hours of placing your order.

Since it’s a major tourist destination, Hoi An has many more restaurants than you’d expect to find in a city of this size. Its unique cuisine includes several dishes that you won’t find anywhere else in the world: cao lầu (grilled pork over rice noodles), bánh baovạc (delicate shrimp dumplings), and bánh xèo (rice-flour crepes filled with seafood or meat and bean sprouts)are a few of the mouthwatering regional dishes available at practically every restaurant in town.

You’ll also find several shops selling imported foods, an international school, several lively traditional markets, and excellent shopping, especially for clothing. The town is also known for its many luxury spas; most of these are near Cua Dai Beach and along the road heading north toward Da Nang. Two world-class golf courses are a few minutes north of town: Montgomerie Links and Danang Golf Club.

Cost of Living in Hoi An 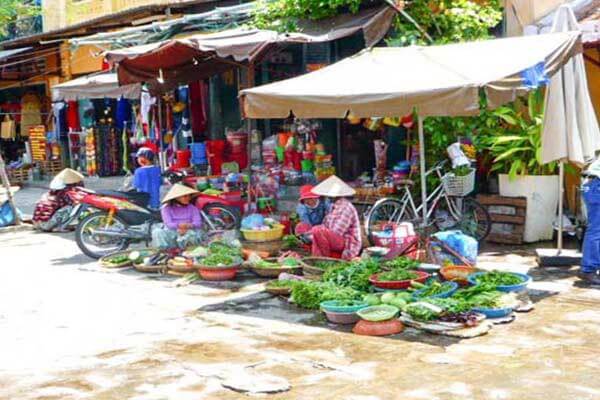 Your cost of living in Hoi An will depend on your lifestyle. If you want to live like a local, rather than a tourist, you can get by quite comfortably on a budget of less than $1,000. A meal for two at a cheap restaurant will cost $5 or less, including a couple of beers, while you can find a perfectly decent place to live for $300 month, including utilities. If you prefer a more upscale lifestyle, you’ll have no problem finding plenty of ways to splurge. For most people who fall somewhere in the middle, plan to spend around $1,100 per month.

Here’s an example of a monthly budget for two people living comfortably in Hoi An:

It’s easy to see why so many foreigners choose to live in Hoi An. It’s a friendly, welcoming place, perfect for playing on the gorgeous beaches, exploring the hidden gems of the countryside, or taking evening strolls among the lantern-lit streets of the Ancient City. The warm, tropical weather, low cost of living, and exquisite cuisine offer even more reasons to live in this historic gem of a town.

Video of An Bang Beach