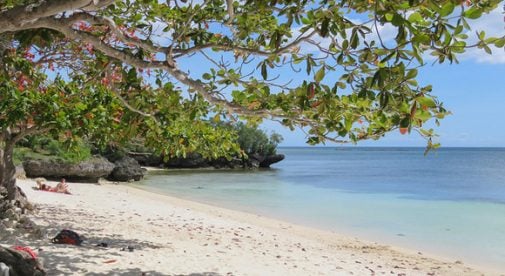 The biggest deciding factor for many people in choosing a retirement destination is climate. Retiring to a warm-weather paradise is infinitely preferable to spending your days shoveling snow and scraping windshields. One part of the world well-known for its hot, tropical weather is Southeast Asia.

But which Southeast Asian countries have the best climate? Here are the top three, as ranked by our Global Retirement Index. The Philippines is known for white-sand beaches, tropical rainforests, and laidback, English-speaking locals. With an average yearly temperature of around 80 F, people here enjoy a pleasant, beachside lifestyle.

“I love the ocean. Swimming and diving are two of my favorite things, and the tropical weather makes them possible year-round,” says Mitchell McCardle, who moved five years ago and now runs a business. He loves the slower pace of life and the low cost of living. “My budget of $390 a month covers my necessities and also leaves me with enough money to make some trips.” His one-bedroom beachside bungalow costs only $129 per month, power and water $28, food costs at most $34, including a few nights eating out.

“Life is easy for expats here. The locals are welcoming. Signs are all in English, which is widely spoken. The climate is warm year-round…it’s never cold,” says Paul Whiteway, a 64-year-old who also moved to the Philippines five years ago. Paul found the people so welcoming of newcomers that he is now married to a local woman. The runner up in our best Southeast Asian climate category is Malaysia, a prosperous country with a booming economy, known almost as much for its impressive cityscapes as its rich cultural heritage. Because of its easy mix of the archaic and modern, it has been described by expats as stepping back in time, yet with all the benefits of modern comforts.

The average temperature is 82 F year-round, and you’ll find some of the best beaches in the world here. There are cool hill stations, islands to hop or explore by yacht, and healthcare is second-to-none.

The tropical climate delights expats who have taken advantage of Malaysia’s generous visa program to retire here. “I love the weather,” says New Yorker Thomas O’Neal. “When you combine that with a cost of living of $1,500 per month including my rent, it’s almost unbeatable.”

“We moved here because of the weather, the golf, and the low prices,” says 65-year-old Lorna Taylor. “Our costs are now a third to a quarter of what they were in the U.S. We even have a maid come in and clean four times a week. We couldn’t do that in New York.”

English is widely spoken by locals, making it all the easier to adjust and find your way around. Direct flights to the U.S. are also available, so getting home needn’t be a concern. Neither is Internet access, as every year high-speed internet makes more and more inroads into the country. The country with the best climate in Southeast Asia is Thailand. It boasts year-round sunshine, a dazzling array of gorgeous beaches, and lots of modern amenities. The climate varies from steamy tropical heat in forested valleys dotted with hidden temples, to cooler weather in remote mountain villages. Temperatures average from the low 70s F to the mid-80s F. During the hot summer months, inland areas can reach highs of 104 F, while coastal areas are kept cooler by sea breezes.

“The main attraction is the beach. People don’t come here to do stuff, they come here to relax,” says Canadian Robert Stanley.

Thailand combines the best of authentic Asian cuisine and culture with enough North American influences to help you feel at home.

“Whatever you can think of is available,” says Preston Jewett, who retired here in 2014, “from classical concerts to rock music. If you want to dance salsa, there’s salsa class. You name it, you can find it here. That’s why I came here; I can take advantage of all these things.”

About $500 a month will get you a really nice, livable place just about anywhere in the country. The additional, unavoidable costs of living are similarly cheap. “I spend a little less than $373 on bills per month,” says retiree Pam Manning, “this includes building fees, water, electricity, WiFi, and Pay TV.”

The local people are also well-known for their welcoming and accepting nature, and their hospitality readily extends to expats. “The people here are friendly, kind, and open-hearted,” says Dani Leis, from Portland, Oregon.

The Best Climate in the World

The Climate in Thailand

Weather and Climate Information of Malaysia