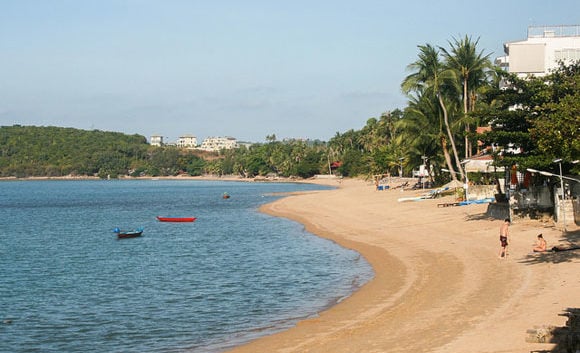 For the most part, Thailand has two climates…hot and hotter! However, there are three distinct seasons—the hot season from March to May, the rainy season from about June to October and the “cool” season from November to February.

When living in a tropical country such as Thailand, the idea of cooler weather takes on a new meaning. It has a mean annual temperature of 82 F and temperatures often climb over 100 F during the hottest months of the year.

Head to the spectacular coastline anywhere in the country and the sea breezes will provide relief for most of the day. For those living near the beach, open windows become an efficient and inexpensive way to keep cool.

For a few weeks each year, Chiang Mai’s skies can become thick with smoke because of the annual ritual of farmers burning their fields. It is not unlike the smoke that often appears in parts of Canada and the U.S. as a result of forest fires during the summers. Generally, this occurs sometime during the months of February and March and the intensity and duration varies greatly from year to year.

Average rainfall in Thailand is around 64 inches a year but it varies considerably from one area to the next. Hua Hin, a popular beach resort town in the south, has one of the lowest precipitation totals at 39 inches. Chiang Mai is not far behind with an annual rainfall of 47 inches. However, if you choose Phuket as your destination, you can expect twice as much annual rainfall.

Despite this large amount of wet weather, it does not usually set in for days at a time. It is more common to receive scattered downpours throughout the day followed by sunny intervals. Large thunderstorms are common and high winds can sometimes appear for short periods during the monsoon season.