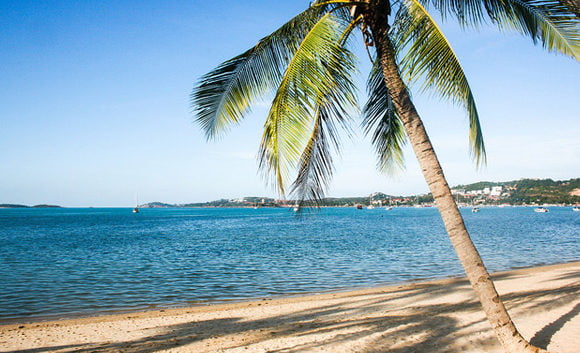 With its warm climate, inexpensive cost of living, and beautiful scenery, it’s easy to see why Thailand attracts retirees from across the globe.

In fact, Thailand remains one of the top-10 countries to retire abroad, receiving high scores over the past few years in International Living‘s Annual Global Retirement Index—most notably for its top-notch healthcare, inexpensive housing, and friendly residents. These all combine to make it a great choice for retiring overseas.

In the northern part of the country, Chiang Mai beckons with its surrounding, scenic mountains and winding country roads—offering a new adventure around every bend.  Here you can enjoy all the amenities of modern city life at a fraction of the cost of what you’d pay back home. With easy access to healthy outdoor markets, affordable real estate, and a large established expat community, it’s obvious why Chiang Mai remains so popular.  For those who prefer a more rural lifestyle, there are many affordable properties just outside the city limits.

For true urban living, Bangkok is still high on the list for many retirees. As a regional center for the arts, fashion, and entertainment, it’s hard to beat—and with easy access to the beaches in the south and the mountains to the north, this modern metropolis has something for everyone. Although more expensive than the rest of the country, it’s still possible to find affordable real estate in many parts of the city.

For those who dream of the beach life, you’ll find affordable housing right on the beachfront, where you can watch the waves roll in from your balcony—with prices  dropping substantially if you are willing to live a short distance from the beach. Phuket and Pattaya, an island city and a beach city respectively, have long been popular with expats who are looking for an urban lifestyle near the water. For a more laidback beach scene, Hua Hin and the nearby towns of Cha-am and Pranburi are recommended for their atmospheric night markets, whale watching, and rustic vineyard and farm tours. Residents cite the low cost of living in general, the affordability of beachfront living in particular, and the expat friendliness as strong points for choosing this part of the country.

10 Reasons to Retire to Thailand

Why are thousands of people retiring in Thailand? Is it the lure of intriguing culture and people? Perhaps the lush year-round climate combined with fresh tropical fruits, vegetables, and seafood? Is it the low-cost healthcare and cost of living? Or maybe the ease of travelling within Thailand, and throughout neighboring Southeast Asian countries? In reality, it’s a combination of all of these and more, that makes Thailand one of the most popular retirement destination in Southeast Asia.

Thailand, ‘The Land of Smiles’, gained its reputation from the genuine welcoming warmth and hospitality offered by Thai people. It is one of the few countries not to have been colonized by European powers, and is a constitutional monarchy. About 95% of the population is Buddhist, and the ethics of goodwill, compassion, and calmness are apparent in the everyday life of the Thai people. There is a high level of respect for the Royal family, monks, prominent public figures, and older people. According to recent independent surveys, most expats report feeling safer living in Thailand than in their home countries.

With a rich history and culture, Thailand hosts many festivals steeped in religion and history. The most renowned national festivals are Songkran—the Thai New Year, Loy Krathong, and Chinese New Year. There are also numerous regional festivals like the Boon Bang Fai Rocket Festival in Isaan Province, Umbrella Festival in Chiang Mai, and Lopburi Monkey Festival. 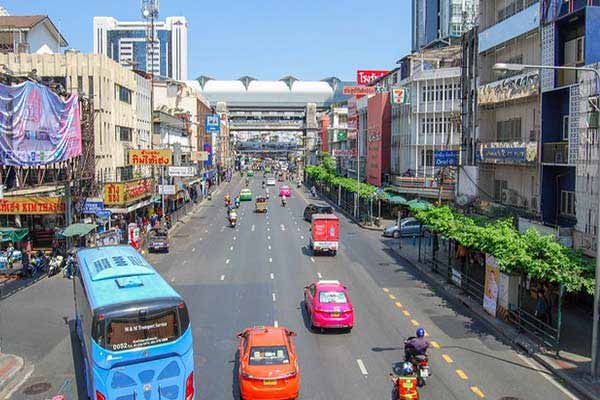 With lush tropical mountains, colorful hill tribe people, vibrant farmlands, intriguing and exotic animal and birdlife, idyllic tropical islands, beautiful temples, and a fascinating history dating back to the 9th century, Thailand offers so much diversity. Transportation infrastructure is good with travel by car, bus, and train easy. The country also boasts excellent air services to all regional centers plus exceptional connectivity to point all across Asia and the rest of the world.

An absolute bonus for Thailand is that it’s in the heart of Southeast Asia. Meaning in just over an hour, you can be starting another adventure in any of its immediate neighboring countries: new cultures, food, history, and different languages all on your doorstep. Moreover, with airfares as little as $72 return, travel is affordable and accessible.

Expats are enjoying living throughout Thailand. The large northwestern city of Chiang Mai is a retiree hotspot and has a well-established Expat Club, making assimilation easier. Expats in the popular island and coastal locations like Phuket, Koh Samui, and Hua Hin are more loosely organized through Facebook groups. Pattaya, Thailand’s ‘Sun City’, has two highly active expat clubs. The great thing is, expats are generally welcoming, and it’s easy to make new friends.

Sporting activities are prolific, including golf (260 course across the country), cycling, tennis, swimming, gymnasiums and fitness centers, fishing, football, lawn bowls, yoga, dancing, walking, and more. In the coastal and island locations, think water sports, snorkeling or scuba, and sailing. Others enjoy board and card games, creative arts, learning a language, and socializing with people from around the world—some volunteer with foundations that support local villages and animal or wildlife conservation.

4. Cost of Living in Thailand 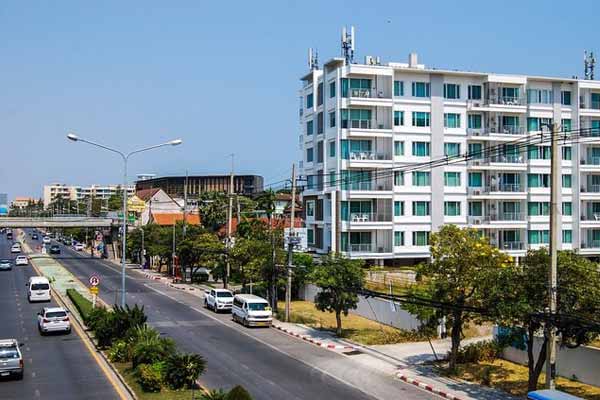 A couple can live a comfortable lifestyle in some northern Thailand destinations from $1,700 a month. In more popular, tourist locations like Phuket, Koh Samui, and Pattaya it’s around $2,200.  This budget is based on renting a two-bedroom property, eating out a few times a week, buying groceries, necessary medical visits, utilities, and maintaining a small vehicle.

Another benefit of living in Thailand is that foreigners can buy property with condos the easiest to own. Although foreigners cannot own land directly, many buy houses with 30-year extendable leases on the ground the house sits on.

Thailand’s excellent cost of living has enabled many people to start their retirement much earlier than they could have if they remained in their home country. Couples have reported retiring 10 to 15 years earlier than planned. This has enabled them to travel, explore, and experience the wonders of Thailand with more energy and agility. Put simply; your dollar goes a lot further. 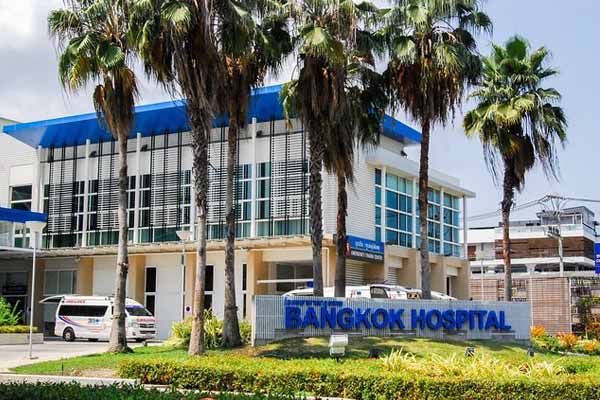 Thailand has world-class, inexpensive healthcare. Prices are about 30% to 50% of what you might pay in your home country for similar procedures. And in the majority, there are no waiting times. A visit to a medical clinic including medication is around $14. A dental clean, check, and x-ray would set you back about $33. When it comes to quality, it is as good as or better than what you’ll find in many western countries. More than 50 hospitals have Joint Commission International (JCI) accreditation, the gold standard for hospital care. Most doctors and specialists speak English and have often completed additional qualifications in the U.S. or other first world countries.

Expats are not able to access the free Thai public hospital system. Therefore, most take out medical insurance, usually for inpatient and emergency only cover. Importantly, the insurance cost is affordable and comprehensive. For example, one company offers inpatient only cover for a 55 to 59-year-old, with $2.5 million coverage for $1,075 per year.

In recent years, astute developers have identified a need for aged care facilities for both Thai and foreign expats. At the time of writing, at least 12 residences were providing various levels of care. Another option is to hire a private nurse or nursing aid and continue living in your own home. A 24/7 live-in qualified nurse with an acceptable level of English would cost about $12,000 per year, and a full-time carer as little as $3,500 per year. 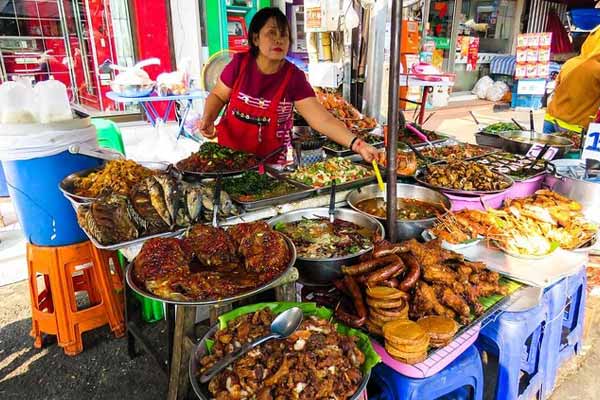 Thai cuisine is known around the world for its fresh flavors, spice, and beautiful aromas. But there is much more to it, with four distinct regional cuisines: Northern, Southern, Central, and North Eastern or Isaan. Each has its different flavor profile and all delicious. Part of the excitement of living in Thailand is learning about the foods, and if you like creating your own meals, it is a cook’s delight. It’s all about the blend of four key flavors, spicy, sweet, salty, and sour. Whether you cook yourself or eat out, eating like a local will cost much less than consuming imported products.

Although navigating your way through Embassy and Immigration websites can be confusing, the process of securing a Visa for Thailand is relatively simple. The two types of visas most commonly used for retirees are the Retirement/Long Stay Category “O-A” Visa and the Tourist Visa. The Retirement Visa allows you to stay in Thailand for one year and is renewable. A Single or Multi-Entry Tourist Visa may suffice for those planning shorter-term stays. It is recommended to obtain a Visa fit for purpose. 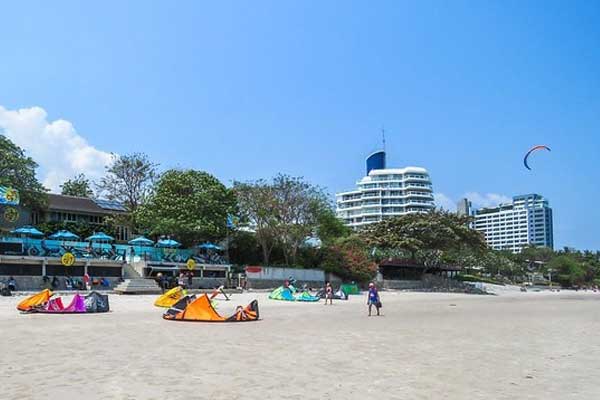 The climate for the majority of the country during most of the year is best described as tropical and humid. There are variances in temperature, humidity, and rainfall between the north and south. While it may take some time to acclimatize to living in the tropics, there are some great benefits too. Generally, dress is casual with shorts and shirts or casual dresses, hat, sunglasses, and open shoes the norm. You can swim year round too, and soak up plenty of outdoor living. Many describe it as “paradise found.”