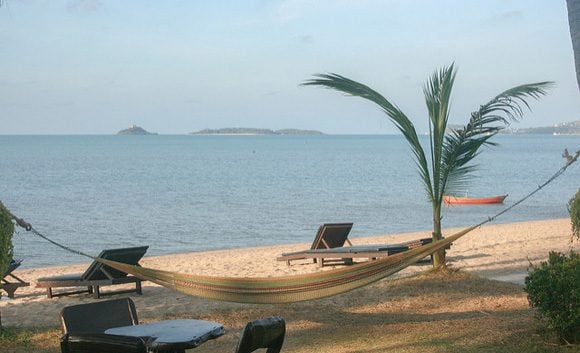 Once known as Siam, the Kingdom of Thailand is a long, skinny country running over 1,400 miles in length from top to toe. It shares borders with Myanmar (Burma), Laos, Cambodia, and Malaysia. The capital is Bangkok. The time zone is GMT +7 (12 hours ahead of Washington, DC during Standard Time).

Thailand has a rich and lengthy history. A unified Thai kingdom was established in the mid-14th century and Thailand is the only Southeast Asian country never to have been colonized by a European power. A bloodless revolution in 1932 led to the establishment of a constitutional monarchy. In alliance with Japan during World War II, Thailand became a U.S. treaty ally in 1954 after sending troops to Korea and later fighting alongside the U.S. in Vietnam. Since 2005, Thailand has experienced several rounds of political turmoil including a military coup in 2006 that ousted then Prime Minister Thaksin Chinnawat, followed by large-scale street protests by competing political factions in 2008, 2009, and 2010. Thaksin’s youngest sister, Yinglak Chinnawat, in 2011 led the Puea Thai Party to an electoral win and assumed control of the government.

In early May 2014 Yinglak was removed from office by the Constitutional Court and in late May 2014 the Royal Thai Army staged a coup against the caretaker government. The head of the Royal Thai Army, Gen. Prayut Chan-ocha, was appointed prime minister in August 2014. The interim military government created several interim institutions to promote reform and draft a new constitution. Elections are tentatively set for mid-2017.

Thailand is currently monarchy headed by King Bhumibol Adulyadej, Rama IX, who is loved and revered by the majority of the population. Criticism of the monarchy, otherwise known as Lèse Majesté, can receive harsh penalties. The law even goes so far as to apply to previous or deceased monarchs. The country is governed by a military junta that took power in May 2014.

With 76 provinces and a population of almost 70 million, the country has been known as Thailand since 1939 when the name was officially changed from Siam. It briefly reverted back to the old name from 1945 to 1949. About 75% to 95% of the population is ethnically Thai, with almost 40% of its residents having partial Chinese ancestry. The remainder of the population consists of Thai Malays, Mons, Khmers, and various hill tribes.

Thailand’s climate is diverse and ruled by monsoons. Northern Thailand experiences a rainy season, which can last from July to November. From then until February it is fairly dry, but a good deal cooler. March until June is the hot season, when daytime temperatures can easily reach 104 F. During the cool season, nighttime temperatures rarely fall below 55 F.

The southern half of the country has only two seasons, wet and dry. The wet season can last from July until October/November, with the rest of the year being dry and cooler. Temperatures in the south don’t vary that much throughout the year.

The official language is Thai. Most professionals speak English, and most expats who live in recognized expat and tourist areas don’t bother to learn the language. However, don’t expect to find too many English speakers if you go “up country” into rural regions such as Isaan.

Economically, Thailand has had its ups and downs. From 1985 to 1996, Thailand had the world’s highest economic growth of 12.4% annually. By 1998, the economy had contracted by 10.8% before it slowly began to recover the following year. During the first few years of the new millennium, growth averaged between 5% and 7%. However, political uncertainty leading to a decline in investor and consumer confidence sank the economic growth to a low of 0.1% by 2011. After struggling back to GDP growth of 7.5% by 2011, the economy once again seems to be on a downward trend following the coup of May 22, 2014.