It’s no secret that Chiang Mai has been a popular destination for several generations of tourists and expats. With its hundreds of golden temples, a wide variety of international restaurants, stunning surrounding countryside, and a large choice of outdoor activities, this northern Thai city has something to offer everyone. And the year-round tropical climate is an added bonus.

Chiang Mai offers all the amenities of a large city at small town prices. Good quality rentals are easy to find to fit any modest budget in both the center of town, outer suburbs, and in the nearby rural areas. Fresh markets scattered throughout the city offer locally grown fruits and vegetables along with a variety of prepared dishes for as little as $1.30 apiece. Those who seek foods that are more familiar can find a wide selection of imported goods at any of the large supermarkets in town. A growing number of bakeries offering sourdough, raisin, and multigrain breads have also pleased local expats.

Five large modern malls cater to the shopaholics in the area. They each include a large modern cineplex where you can view all the latest blockbusters for as little as $3.30. And to further highlight how sophisticated this relaxed city is, you can order your tickets online ahead of time if you so please. Plaza retailers include a good mixture of local shops and international brand names. It is not hard to find most items you are looking for in this cosmopolitan center.

Thailand has always been known for its excellent healthcare and Chiang Mai is no exception. A variety of public and private hospitals cater to the population with well-trained doctors and nurses, many of whom speak English. It is interesting to note that you will find many doctors in Chiang Mai who have trained in western countries. A consultation with a specialist rarely costs more than $25 and most medical procedures are available at far less expense than in the U.S.

Some expats prefer to live along trendy Nimmanhemin Road, with its upscale condos and eateries, designer boutiques, and popular bars. Others prefer being in or near the old gated city. But for many, living in the nearby countryside is the ultimate retirement lifestyle. There, they can have a big garden, grow their own fruits and vegetables, and often have a spectacular view of the nearby mountains. This city does not feel congested and overcrowded in any way.

Getting out of town is not difficult. The Chiang Mai International Airport is located 10 minutes from the center of the city and has scheduled flights to Bangkok, Singapore, China, Vietnam, Taiwan, Myanmar, Korea, and Laos.

Chiang Mai has always been known as one of the main cultural hubs of Thailand. This coupled with the fact that it is a university town, results in many art and cultural displays throughout the year both at local galleries and at the large number of annual festivals. The more than 30,000 expats in the city have given rise to an active expat club that holds monthly meetings. It also acts as the conduit for many local interest groups that meet regularly, to partake in everything from hiking to computers to photography.

About the only thing lacking in Chiang Mai is the beach. However, for way less than a hundred dollars and a two-hour plane ride, you can be sitting on one of several beaches in the southern part of the country sipping your cocktail.

It is easy to live in Chiang Mai on a budget of $2,000 per month. The great part is that not only is it an inexpensive lifestyle, it is also a high-quality one. 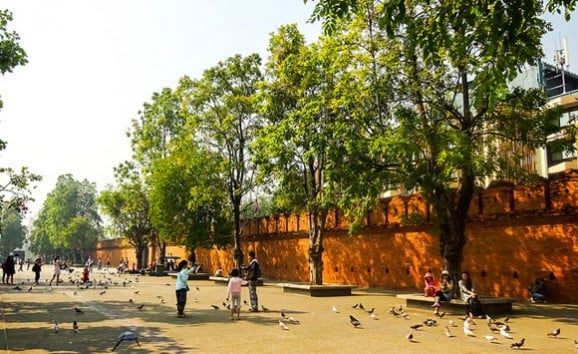 The “Rose of the North” has been a prime backpacker destination for several decades. Today, the northern city of Chiang Mai continues to attract tourists from around the world as well as thousands of foreigners looking for a warm, economical retirement destination. An emerging group of young ‘digital nomads’ add an energy to the community and often mix with more seasoned expats at events.

Thailand remains one of the top 10 countries to retire abroad, receiving high scores over the past few years in International Living’s Annual Global Retirement Index—most notably for its top-notch healthcare, inexpensive housing, and friendly residents. And Chiang Mai is one of the most popular areas of the country to settle down.

Glitzy malls, a local theatre group, and wonderful restaurants all contribute to a great lifestyle for local expats. Whether you choose a modern condo in the center of town or a spacious house in the beautiful surrounding countryside, you will be surprised at the low monthly rental costs.

You may be surprised at the modern attributes of the new condos in Chiang Mai. Contemporary kitchens and bathrooms are the norm for newly build condos. Most have swimming pools and gyms for its tenants to use at their leisure.

If you love the outdoors, there are several national parks within easy driving distance. Take a drive along one of the many scenic country roads or cool off in a cascading mountain stream. The highest mountain in Thailand is a short drive away and offers spectacular vistas of the jungles and valleys below.

Slowly being immersed into Northern Thai culture, known as ‘Lanna’, is a special treat. If you live near the city, you will no doubt be a stone’s throw away from the ruins of an ancient temple. In fact, around nearly every corner is a reminder of a rich and colorful history. It is still possible to see many ancient practises today; however, you will be just as likely to see Buddhist Monks playing on their mobile phones.

With its many colorful annual festivals, spectacular scenery, and inexpensive cost of living, Chiang Mai could be the ideal retirement destination you are looking for. 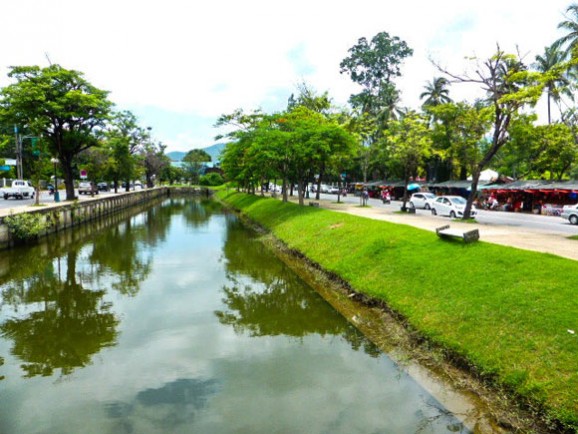 Want to wear your shorts and a t-shirt every day? Then Chiang Mai is the place to be. With its year-round warm climate, there is no need for much else except a bathing suit. It does get a little chilly in the winter months at night but still reaches the balmy 80s F during the day. Dress is casual in Chiang Mai and due to the heat, smart casual is all that is needed for dinner events.

Live in the center of the city and enjoy all it has to offer. You can shop at the local markets and pick up fresh fruits and veggies for bargain prices. Markets throughout the city offer hand-made clothing, furniture, and day-to-day items for a fraction of what you would pay at home.

Textiles, gold, silver, and ceramics are only some of the items that are showcased on a regular basis in galleries around town. Many cultural events happen throughout the year where expats and local Thais work together in the community. With over thirty thousand expats living in the Northern Thailand, it is not hard to find others with the same interests as you. There are literally hundreds of meet ups and events for expats that run each month.

Chiang Mai may not be as laidback as it was 50 years ago but the lifestyle is still attractive and much slower the hectic schedules many of us are used to. With the great climate, good shopping, excellent healthcare, and friendly locals, it may be a great fit for your retirement years. 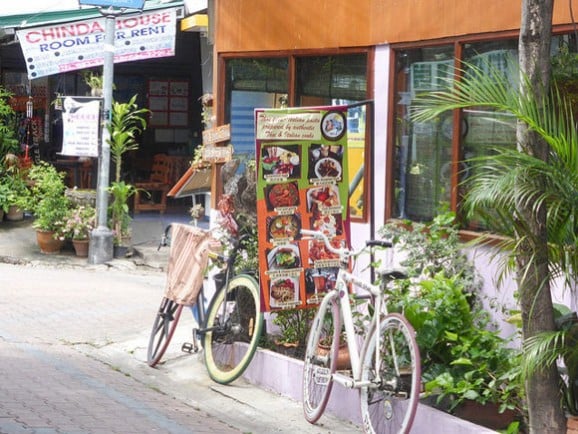 As in most of Thailand, Chiang Mai varies from hot to hotter for most of the year. It is a tropical wet and dry climate, but during the ‘Winter’ season, the nights can be quite cool compared to the daytime. This is one of the many reasons that expats prefer living in the northern part of the country.

The nicest time of the year is the dry season that generally lasts from November to February. As the rainy season comes to an end in November, the cloudy days and scattered thundershowers slowly give way to bright sunshine and clear skies for the winter months. Daytime highs still reach into the 80s F and 90s F but you might have to bundle up at night.

Although air conditioning is the norm for most condos, heating is unheard of for the most part. Winter nighttime temperatures are much cooler than points further south. Lows can dip below 60 F and sometimes even into the 40s. The record low for January is 33 F so be prepared.

As spring arrives, daytime temperatures increase to a maximum in April, when they can squeeze past 100 F on a regular basis. Fortunately, the world-famous Songkran festival also arrives at the beginning of the month that gives everyone the opportunity to be cooled down by the copious amounts of water splashed about for several days.

Residents look forward to the arrival of the monsoon season sometime in April or May—a relief from the excessive heat and humidity of the past few months. During a normal year, rainfall increases monthly until it reaches a maximum in August or September. But continuous rainfall and perpetual gray days are unusual. More typically, towering storm clouds build during the heat of the day and burst into torrential sporadic downpours late in the afternoon, which can last anywhere from a few minutes to an hour. It is unusual not to be able to get out and about at some point during the day.

By November, the rainy days begin to diminish and the annual cycle begins again as the climate becomes cooler and drier.

Cost of living in Chiang Mai

Chiang Mai offers a fantastic lifestyle. People looking for a healthy lifestyle can access gyms for as little as $28 per month.

Real estate prices are incredibly attractive. Depending on where you want to live, you can buy a 1600-square-foot house from about $83,000 or rent a modern studio apartment for as little as $253 a month.

Here’s an example of a monthly budget for a couple living in Chiang Mai: