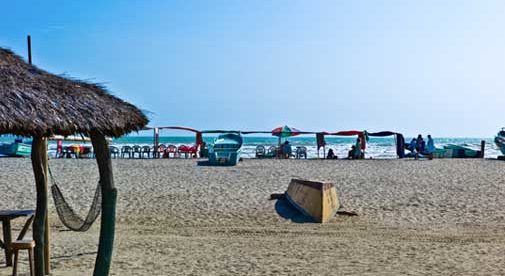 When you move overseas, there are few better ways to integrate into your community than through volunteering. Volunteering is an ideal way to meet new people. You’ll meet the locals and other expats, giving you plenty of chances to expand your circle of friends. If you’re in a non-English-speaking country, it’s also a terrific way to pick up the language.

No matter where you live, the more you get involved, the more connected you feel, and it always feels great to give back. It will go a long way towards making your retirement a truly enriching experience.

Here, some of our expats share their experiences of volunteering abroad.

While some people may dream of a retirement spent on the golf course or lying in a hammock with a cocktail in hand, that was never going to be enough for Janette Sullivan and her husband Brian.

“We came from high-stress careers and I knew that I didn’t want to just spend the rest of my days reading. I don’t want a job by any means, but I need to feel like I’m of use and doing something fulfilling,” Janette says.

It didn’t take long for Janette to find her niche by volunteering with Amici Cannis. When the group first formed in Cotacachi, the focus was on getting street dogs spayed and neutered and providing veterinary care for the dogs in need. Today it has grown to the point where it has its own clinic and can provide sterilization for street dogs and for the pets of low-income families.

Janette has been a member since she first arrived in Cotacachi over four years ago. She is an inherently organized person who is good at planning and directing, so many of her duties with Amici Cannis utilize those skills.

“I started by organizing many of our fundraising events and managing the volunteers who would help at those events. I was also a big proponent of getting our clinic up and running, which started operations a year-and-a-half ago. I now volunteer one day a week at the clinic and whenever they’re having a special campaign. For the last three-and-a-half years I’ve also been a board member, so I’m also involved in the decision making for the foundation.”

Donna Stiteler, IL Cuenca Correspondent, works with a similar organization in Cuenca. She founded a social club with her friends to raise money for spaying and neutering dogs and cats. “We gather every few months for fundraisers, with names like “Mardi-growl”, where we raise more than $1,000 per event to spay approximately 100 dogs in the outlying barrios of town.”

The club has also worked with Mujeres con Exito, the women’s abuse shelter in Cuenca, on two initiatives. Judy Wright created the Southern Comfort Café, which taught women living at the shelter how to cook American favorites like southern fried chicken and Texas tacos. Susan McBride is also developing a farmette (a small residential farm) at the shelter. The aim is to help these women create small businesses—like selling eggs from the chicken coop or making goats cheese—to raise income for the shelter and to learn new ways to support themselves after they leave.
“My goal is to use the talents of the Ecuadorians combined with our fundraising skills to build a better life for both women and animals,” says Donna. “It has not only helped me to get involved in my new community, but I have also seen real results from our actions.”

Susan Barnes and her husband Don say it was the allure of Spain’s countryside that called to them. They were fascinated by the vast olive and citrus groves, along with Spain’s signature tiered-farming technique that allows fruits and vegetables to grow far up their mountainsides.

After they had acquired their one-year-visas, they set off on their adventure. They arrived at the onset of winter and headed for southern Spain where the milder temperatures allow farms to remain active. They eventually settled north of the Costa del Sol, and east of Málaga, allowing them to enjoy the Mediterranean Sea one day and explore mountainsides the next.

“It wasn’t long before we were itching to get a closer look at the tiered farms we encountered on our explorations, maybe even get our hands dirty. We had become friendly with several British expats who lived near us. Sharing with them our keen interest in the farms, they suggested that we try WWOOFing. We took them up on the idea and are elated we did.”

WWOOF is an organization that connects people who want to live and learn on organic farms with people who want to share their lifestyles, teach new skills, and welcome volunteer help. WWOOF hosts offer food and accommodations in exchange for hands-on help. A typical work week is 25 hours, leaving ample time to explore one’s surroundings. One can volunteer for a week, month, or even longer as it suits the volunteer and hosts. Work can consist of planting, weeding, or harvesting, working with animals, repairing or constructing buildings or gardens, etc. No experience is necessary as one learns on the job. Meals are shared with the host family adding to the experience.

Susan and Don have just completed a three-week stint harvesting olives and prepping organic gardens for planting on a 10-tiered farm on the edge of the Sierra Nevada National Park. They worked side-by-side with the owners, using olive harvesting techniques that have been in place for generations.

“We took the olives to the local press where we witnessed them being processed into the most luscious extra virgin oil. We learned a lot about local crops and practiced organic farming techniques, but better yet, we made new friends for life. We enjoyed lunch and dinner with our hosts, shared glasses of wine on their terrace while watching the sunset, and occasionally partook an evening card game. We had our own bedroom with ensuite bath and a small sitting area.”

Susan describes it as “a once-in-a-lifetime experience, and a free one at that.” The couple’s sole out-of-pocket expense was transportation to and from the WWOOFing site. They enjoyed their time in Spain so much that they’re moving to north-eastern Spain come summer, between the Pyrenees and Spain’s Rioja province.

“It will be our opportunity to explore more mountains and the vineyards of this renowned wine region. And, maybe we’ll do a bit of grape stomping if the right WWOOFing opportunity comes along.”

In 2006, IL Italy Correspondent Valerie Schneider and her husband Bryan decided they wanted a different lifestyle in a different locale. Italy had long been a favorite holiday spot and with each visit they imagined what it would be like to live there.

They’ve now lived in Basilicata for six years and found a sense of community that they say they never had before. One of the key factors behind this is their involvement in their local Pro Loco. The Pro Loco is a term used throughout Italy for a community organization that organizes events and activities. Some are really developed and do loads of tourism-oriented things, act as an information office for visitors, and publish maps and other materials, while others like theirs are small and more limited in scope.

“We’ve been in involved in the Pro Loco from our very first year here. We were brought in by friends during the big annual winter festival, my husband to help set up stands and me in the kitchen with some girlfriends to help cook.”

“We’ve helped with many of the various events and it’s been a fun experience, not just to help (it’s a tiny town and willing hands are few) but also to be involved, give back and enjoy the camaraderie of it. Plus, at the festas it’s always fun—for us and visitors—when they realize the couple helping at the wine stand or food booth are Americans.

Their village is small, but they have been growing and expanding their goals and activities. For example, what used to be just a locally-known festa—the feast of Sant’Antonio Abate—with its giant bonfire, used to draw only people who know the town (former residents) and people from the immediate area. But the Pro Loco started publicizing it better and were able to confirm with the national agency that it is in fact the largest wood bonfire in Italy, and now the word is spreading to surrounding regions.

“Another event they do that is gaining national attention is a fashion design and show based on recycled materials, people come from around Italy to participate. But they also do simple street parties for the kids, Christmas lights with Santa Claus, and other small festivals. There are about 25 people involved. For the big festival, we’ve helped in various ways. Bryan helps set up the stands, I’ve helped cook (pasta sauce with local sausage and cavatelli pasta), we’ve manned the wine booth, and this year we were at the lanterns booth (they launch ‘make a wish lanterns’).”

Costa Rica has a wealth of opportunities for volunteers. Shannon Farley started volunteering with Animales Foundation for Helping Abandoned Animals Atenas when she first moved to Atenas in 2010. She got involved in rescuing stray and abandoned dogs and puppies and providing a temporary foster home for them until permanent homes were found.

Shannon says they are “lucky to have a very active expat community that gets involved in volunteering. No matter what your interests or niche, you can find volunteering opportunities all over Costa Rica to suit you.”

For example, the Friendship Library was started by expat couple Linda Ledbetter and Bruce Brasington. From Florida, the couple moved to Atenas in 2006. Over the years, they have accrued more than 2,000 books, donated by readers in the community, which can be borrowed for free.

There is also a big event at Christmas, known as the Angel Tree, which Shannon has participated in for the past five years. Every year, children from low-income families in Atenas celebrate Christmas with a big party in mid-December. Each child receives a gift from an anonymous sponsor. “It always feels good to know I’ve helped put a smile on a child’s face,” she says. “Volunteers are always needed to help make the angels. They’re also needed for planning and organizing the party, for cookie making, and—on the day of the event—to serve food and ensure everything runs smoothly.”