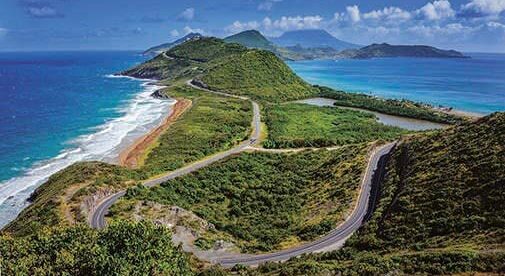 St. Kitt’s and Nevis levies no personal income tax, but U.S. expats may still have to pay the IRS. ©Majicphotos/iStock

Excluding the first $108,700 of your earned income from U.S. taxes is a pretty neat trick. It’s also an easy one—you can do it as simply as moving overseas.

What’s more, you don’t need to move to an outrageously expensive Caribbean tax haven for the tax break. It applies wherever you choose. If you’re an expat, or if you’re considering becoming one, now’s the time to ask yourself an important question: How do U.S. taxes work for people who spend part or all of the year abroad?

Here’s what you need to know:

How the U.S. Taxes Expats

The U.S. tax system is almost unique in the world as it taxes based on citizenship. Every other country in the world except Eritrea taxes in one of three ways (although there are, of course, lots of minor variations on each):

• Based on residence, meaning that they tax people who live in the country on either just their income in that country or on their worldwide income.
• Territorially, meaning that they tax income arising in that country, regardless of whether the recipient of the income is a resident or not.
• Not at all. Some countries don’t have an income tax, often because they have large state-owned oil reserves to fund government spending.

Being taxed based on citizenship means that all U.S. citizens are required to file U.S. taxes reporting their global income, wherever in the world they happen to live.

This raises multiple questions for U.S. citizens abroad: What happens if they have to file foreign taxes in their host country, too? Will a tax treaty protect them from double taxation? What about pension income?

U.S. citizens living abroad do have to file two tax returns if their host country requires them to file, and, while the U.S. does have tax treaties with over 60 other countries, they don’t prevent U.S. citizens abroad from having to file.

They do, however, contain ways in which U.S. expats can avoid double taxation. The most common way is by claiming tax credits when they file their U.S. tax return in lieu of foreign taxes they have to pay abroad.

In some circumstances, U.S. citizens abroad would file their U.S. taxes first and then claim tax credits abroad, if their income is considered U.S.-sourced, for example.

Specific tax treaties do allow for some types of income to be exempted from U.S. tax in certain circumstances, most often pension, dividend, or income from royalties, depending on the tax treaty. Expats who wish to take advantage of a specific tax treaty provision must claim it on Form 8833 when they file their U.S. tax return.

The U.S. has a provision called the Foreign Earned Income Exclusion, which can be claimed on IRS Form 2555. If you’re filing in 2022 (so for the 2021 tax year), then it allows U.S. citizens abroad to simply exclude the first $108,700 (the exact amount varies each year) of their earned income from U.S. taxation.

This provision is useful for expats who don’t qualify to pay foreign tax abroad, or who pay foreign taxes at a lower rate than the U.S. rate (and for whom claiming the Foreign Tax Credit would still leave them owing U.S. tax).

U.S. citizens living overseas receive an automatic filing extension until June 15, although any tax they do owe still needs paying by April 15. Those who require additional time to file after June 15 can also request an extension to Oct. 15 by filing Form 4868.

Instead, U.S. citizens who pay taxes in a foreign country too normally have to claim the U.S. Foreign Tax Credit by filing IRS Form 1116 when they file their federal return.

The Foreign Tax Credit lets Americans claim a $1 U.S. tax credit for every dollar equivalent of tax that they’ve paid in another country. Sometimes, U.S. taxes should be paid first, and then tax credits claimed in the other country. It will depend on where the income is considered taxable first, which is normally set out in a tax treaty.

This way, expats never pay more than the higher of the tax rates in the two countries where they file and pay.

FBAR is an acronym for Foreign Bank Account Report. Filing an FBAR is an additional U.S. reporting requirement for many U.S. citizens who live abroad.

FBAR reporting affects U.S. citizens who have foreign registered financial accounts, whether they live in the States or abroad. Foreign financial accounts include any type of account with a positive balance, including all bank accounts and most types of investment and individual pension accounts.

Whether U.S. citizens with foreign registered financial accounts have to file an FBAR or not depends on whether the aggregate total of all of the balances of all of their qualifying accounts exceeded $10,000 in total at any time in the year. So, an American with 10 qualifying accounts that all had $1,001 in them—even if just for a few minutes— would have to file an FBAR to report all of their foreign financial accounts.

Qualifying accounts also include any account that a U.S. citizen has signatory authority over, such as joint accounts and business accounts, even if the account isn’t registered in their name.

The requirement to file an FBAR was introduced as part of the 1970 Tax Secrecy Act to help prevent offshore tax evasion. Somewhat controversially though, the $10,000 threshold has never been increased in line with inflation.

FBARs are filed to FinCEN, the financial crimes authority, rather than to the IRS, which means that penalties for not filing an FBAR are much higher. These start at $10,000 a year for unintentional missed filing or unintentional omissions or errors on the form.

Penalties for intentional, willful evasion of FBAR filing can rise to $100,000 a year or half of the balances of all the foreign accounts. There have been cases of FBAR penalties reaching millions, notably that of former presidential advisor Paul Manafort.

The FBAR form itself is FinCEN Form 114, and it should be filed online by April 15. However, there is an automatic filing extension until Oct. 15 to bring the FBAR filing date in line with the wider U.S. tax return filing extension date.

FinCEN Form 114 is filed on the FinCEN website through the BSA filing system. It’s not an overly complex form to file, so long as you have the relevant financial account statements on hand. The information the form requires includes the financial institution name and address, account name and number, and maximum account balance in the year for each qualifying foreign financial account.

In 2010, three factors converged to inspire the U.S. to pass a law called FATCA (the Foreign Account Tax Compliance Act): the global proliferation of online banking, the global dominance of the U.S. financial system, and increased national debt following the 2008 financial crisis.

This was in fact the case up until 2010, when the Foreign Account Tax Compliance Act was made law. More commonly referred to as FATCA, the act contained two provisions that affect expats.

Firstly, it leverages the U.S. global financial hegemony by compelling every foreign bank and investment firm to provide the U.S. Treasury with the personal and account information (including balances) of their account holders who are U.S. citizens. Those financial firms that don’t comply face a steep tax on transactions they make in U.S. financial markets.

The result of this has been that almost every financial firm globally now provides the U.S. with this information, allowing the IRS to check it against information provided on FBARs or to see whether an FBAR should have been filed but wasn’t.

FATCA also created a new filing requirement for U.S. citizens with foreign financial assets. This means that U.S. citizens living overseas who have a total value of financial assets abroad worth over $300,000 at any time during a year, or $200,000 at the end of a year, have to report them by filing IRS Form 8938 as part of their U.S. federal tax return. (Note that the filing threshold varies with filing status and residence abroad.)

Foreign financial assets include bank and investment accounts, as well as foreign personal pension accounts and investments in a foreign business. They do not, however, include real estate held by an individual.

Americans living overseas with a foreign registered business have reporting obligations too. U.S. citizens living abroad almost always benefit from seeking advice from a U.S. expat tax specialist to ensure that they not only get and stay compliant but also file in their best interests.

Additional forms (and often currency conversions) mean filing from abroad is more complex than filing in the States.

U.S. citizens who live abroad and who haven’t been filing U.S. taxes because they weren’t aware that they had to, may be able to catch up without facing penalties under an IRS amnesty program called the Streamlined Procedure, so long as they do so before the IRS contacts them about it.

Editor’s Note: Allyson Lindsey, CPA is a partner at Bright!Tax. With clients in over 200 countries worldwide, Bright!Tax is an award-winning, leading provider of U.S. expat tax services for the estimated 10 million Americans living overseas. Bright!Tax has also recently authored and updated International Living’s Expat Tax Guide for 2022. If you have any inquiries regarding U.S. taxes for U.S. citizens living abroad, email [email protected] 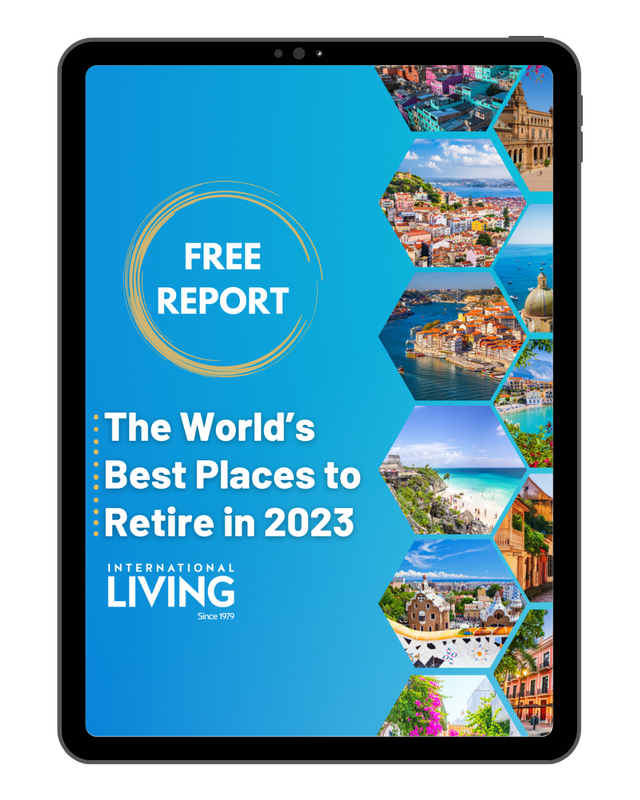