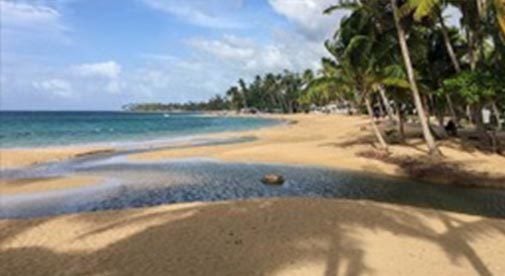 Get your tax return done, then take off somewhere warm for a few months. ©International Living/Jason Holland.

Living abroad can be the experience of a lifetime. There’s the appeal of a new culture, a climate that better suits your tastes, meeting people with new and different perspectives, learning another language, and the sense of adventure.

Permanently relocating abroad, though, is a big decision, and many would-be expats choose to approach it cautiously—deciding to test the waters by living part-time in the country (or countries) that have made their shortlist. Others are happy to continue living in their home country but spend the cold winter months in a warmer location overseas. A partial or seasonal move abroad can be a “best of both worlds” compromise, and it lets you dip a toe in the water of expat life before committing to moving abroad more permanently.

But how do U.S. taxes work for people who spend part of the year abroad?

Here’s what you need to know:

How the U.S. Taxes Expats

The U.S. tax system is almost unique in the world as it taxes based on citizenship.

Every other country in the world except Eritrea taxes in one of three ways (although there are, of course, lots of minor variations on each):

Being taxed based on citizenship means that all U.S. citizens are required to file U.S. taxes reporting their global income, wherever in the world they happen to live.

Citizenship-based taxation was introduced during the Civil War to allow the federal government to continue taxing landowners who had fled to Canada to escape hostilities. After the war, no one bothered to change the law back, as it wasn’t enforceable anyway, in the sense that the IRS had no way of knowing the details of U.S. expats’ finances abroad.

This century, however, three factors have combined to inspire the U.S. to pass a law called FATCA (the Foreign Account Tax Compliance Act): the global proliferation of online banking, the global dominance of the U.S. financial system, and increased national debt following the 2008 financial crisis.

FATCA requires foreign banks to provide details of their U.S. clients’ accounts directly to the IRS. If they fail to comply, those banks will face fines when they trade in U.S. markets. Almost every foreign bank and investment firm adheres to FATCA requirements. The U.S. has also signed tax information sharing agreements with many foreign governments, so the IRS can now monitor U.S. citizens’ finances globally (including those of expats).

For seasonal expats, the devil really is in the details.

For seasonal expats, those who perhaps spend winter abroad or come and go between a U.S. and an overseas home over the course of each year, the devil really is in the details.

Which foreign country they spend time in and the tax rules there, exactly how many days they spend in each country, and whether they work or have other income, own property or a business, or have financial (e.g. bank and investment) accounts can impact their U.S. tax filing obligations. As such, seasonal expats should always seek advice from an expat tax CPA, rather than from a regular CPA who doesn’t specialize in expats.

For example, spending more than a certain number of days (often 180) in many countries can trigger a tax liability in that other country, as can owning a home or working (whether in a self-employed capacity or working full- or part-time). At this point avoiding double taxation (paying tax both to the U.S. and to the other country) becomes an issue. Doing so may involve claiming foreign tax credits in one or both countries, claiming a tax treaty provision, or claiming another type of provision like the Foreign Earned Income Exclusion.

Having financial accounts which generate investment income (for example, interest, dividends, or capital gains) may also trigger a tax liability in that country, as well as a U.S. foreign account disclosure (more on this below).

U.S. citizens have to report foreign business interests, trusts, and sometimes properties (if they produce rental income or a taxable capital gain).

So, while all U.S. expats have to file U.S. taxes, whether they live full- or part-time abroad, the tax rules in the other country (or countries) where they spend time will influence how exactly they file their U.S. return. One of the first tasks then, ideally before even moving abroad, is to research the foreign tax rules to determine whether spending a certain amount of time, owning (rather than renting) property, or working there will trigger tax liability. The answers to these questions may then influence an expat’s lifestyle, destination, and expatriation choices.

Seasonal U.S. expats who do pay foreign taxes, perhaps because they work in another country while they’re there, own property there, or spend enough time there to qualify as a tax resident, will need to work out how avoid paying taxes on their income twice.

Instead, U.S. citizens who pay taxes in a foreign country too normally have to claim the U.S. Foreign Tax Credit by filing IRS Form 1116 when they file their federal return.

The Foreign Tax Credit lets Americans claim a $1 U.S. tax credit for every dollar equivalent of tax that they’ve paid in another country. Sometimes, U.S. taxes should be paid first, and then tax credits claimed in the other country. It will depend on where the income is considered taxable first, which is normally set out in a tax treaty.

This way, expats never pay more than the higher of the tax rates in the two countries where they file and pay.

Americans who have over $10,000 in total in foreign accounts at any time during the year are required to report them by filing an FBAR (Foreign Bank Account Report).

Qualifying foreign accounts include any account with a positive balance that an expat has signatory authority or control over, even if not in their name, including bank accounts, investment accounts, joint accounts, and business accounts.

The IRS is receiving the same information from foreign banks due to FATCA, so they can then compare the information received from banks and on FBARs to ensure no one is avoiding taxes by hiding funds offshore.

Fines for not filing an FBAR are steep, starting at $10,000 a year for unintentionally not filing or errors, so it’s definitely one not to neglect. U.S. citizens with foreign accounts who aren’t sure or who have any questions should seek advice from an expat tax specialist.

FBARs are filed to FinCEN (rather than to the IRS) online and should be filed by October 15th following the end of the relevant tax year.

Most seasonal expats will continue filing.

Whether seasonal expats have to file state taxes depends on the rules in each state. However, most states keep taxing anyone who retains ties in the state, meaning that most seasonal expats will continue filing.

The best piece of advice of all, though, for seasonal expats, is to seek advice from an expat tax expert. He or she will be able to not only advise but help you to avoid future issues and minimize taxes payable.

How Expats Can Beat the Banks (and Brokers)