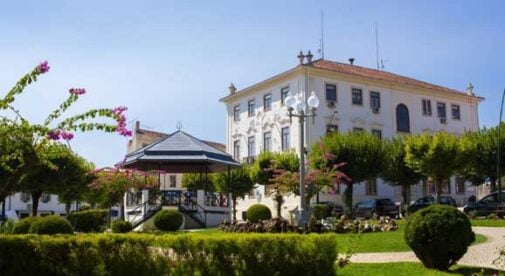 Nature lovers Bill Mauro and Marcus Laurence met in the beautiful surroundings of Pennsylvania’s Pocono Mountains. Bill, now 57, held a management position with an insurance company while Marcus, now 50, worked in banking and insurance during his career.

The two were enjoying life in a charming, A-framed, mountain cottage in Pennsylvania and considering the possibility of early retirement…but it soon became clear the stumbling block that would break their budget was health insurance.

“Our U.S. health insurance would have cost us $1,800 a month for the two of us, and that was with a huge $5,000 yearly deductible,” says Bill. “So, we couldn’t afford to retire and stay in the U.S. Our choice was to keep working or find a place to live on less.”

Although the two had never traveled abroad before they had good friends who did. Eventually Bill and Marcus were enticed to tag along on a trip to Spain. It proved a game-changer.

Immediately upon returning home they started the process of applying for resident visas in Spain but unfortunately they were denied health insurance, a necessary requirement, due to pre-existing conditions.

When that dream was crushed their friends suggested that they investigate the neighboring country of Portugal instead.

After a one-week scouting trip to Portugal Bill and Marcus were sold. They went back to the U.S. to start the visa process, and apply for health insurance, which this time was successful.

The cost of private health insurance in Portugal totaled $193 a month for them both—a significant improvement on the $1,800 a month they would have had to pay if they had stayed in the U.S. That’s a savings of over $19,000 a year.

In 2019, the couple sold their beloved cottage along with all that they owned in Pennsylvania and boarded a plane to Portugal with just three suitcases each.

The Arroiros neighborhood in Lisbon is where they first called home in Portugal. Surrounded by shops, restaurants, parks and history, they bought a one-and-a-half-bedroom apartment that was just 592 square feet but boasted a huge terrace of 430 square feet. For this, they paid $323,000.

“We walked everywhere and lived a much healthier lifestyle,” said Marcus. “We each lost about 30 pounds and were feeling great.”

“Since we wanted to travel easily, we thought we should live in Lisbon, close to the airport,” Bill adds. “Yet neither of us had ever lived in a major city before, so this would be a new experience.”

But after two years in Lisbon the couple decided to buy a car and explore their new homeland, and they soon realized there was much more to Portugal than they first realized.

“We decided to sell our Lisbon apartment and look for a house with some land, but we ended up buying a farm,” Bill says.

In central Portugal, the quaint village of Figueiró dos Vinhos is where they found their dream home, casa da lomba. 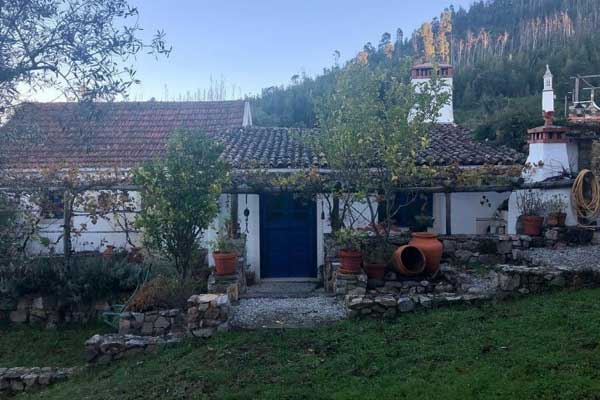 Situated on a large plot of land with fruit trees, vegetation, and even a bio pool, the property offers the couple plenty of space to enjoy nature. The house, an old stone cottage, was fully renovated on the inside by the previous owners, who had taken great care to preserve the historic character of the house while the outside retains its rustic charm.

The property also features a small guest cottage for when visitors arrive from the U.S. For this rustic charmer and farm they paid $192,000—almost half the price and twice as much house as their Lisbon apartment.

“Portugal can be an affordable place to live if you live like the locals do,” adds Bill, “But if you wish to replicate the life you had back in the U.S., it will be expensive.”

As for their advice to anyone looking to move abroad. “If you adapt you will do well,” Marcus says. “But if you come here expecting to live the same lifestyle you did in the U.S., it won’t work. Living here has made us slow down, enjoy life and each other more.”

Bill and Marcus recently completed the free government-funded Portuguese classes and have passed the certification for the A2 level of testing. Learning the language has helped them to become immersed in the community and even receive invites to local events.

Every autumn friends and neighbors gather to participate in the annual grape harvest called the vindima, and this year Marcus and Bill were included. Soon after they reaped the rewards when a neighbor showed up on their doorstep with two bottles of wine that had been produced from the grape crop.

Even in the middle of a small Portuguese village, this gay couple are fully accepted and welcomed. Portugal is one of the most-gay friendly countries in the world, and Bill and Marcus feel accepted here.

“We have been legally married for eight years now but in the U.S. we could still be denied housing, hospital visitation rights, employment, or other public accommodations just because we’re gay,” Bill says.

“The strong equality laws are just one of the many reasons that we feel at home and love it here. You cannot put a price on all that Portugal has to offer, which is a lot. Moving here has been the experience of a lifetime.”