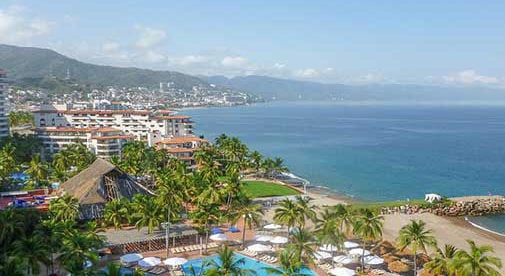 Think living in a laidback beach town means you have to give up the cultural delights of a vibrant foodie scene with fine art, and exquisite architecture? Think again.

There are beach towns around the world where you can enjoy having white-sand beaches and warm climate with the added bonus of top-quality restaurants, theaters, museums, and a high-culture lifestyle.

Read on to discover five beach towns in France, Malaysia, Mexico, Spain, and Uruguay that offer a sophisticated lifestyle…giving you the best of both worlds. 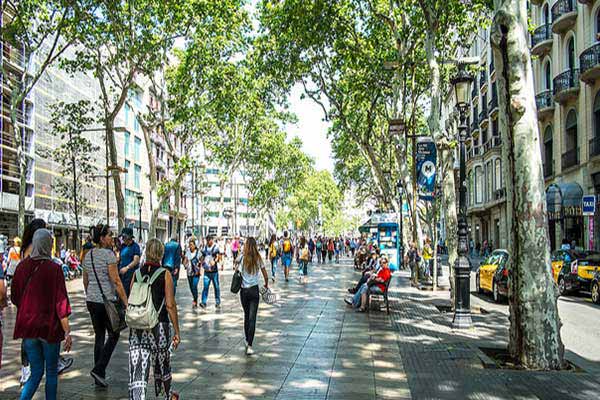 Barcelona, the capital city of Spain’s Catalonia region, is a vibrant city, with both a historic and modern feel. It’s a perfect place to sit still, as well as to keep your feet in constant motion, no matter what time of year. It boasts traditional cafes, world-class museums, and Gothic architecture that both awe and inspire.

Few other major European cities can deliver on beauty, style, history, beaches, good weather, and arty bohemianism like Barcelona can.

But you don’t have to decide between urban buzz or Mediterranean beaches here, Barcelona provides both. You’ll find café culture and sailboats lining marinas…traditional stick dancing and dreadlocked skateboarders…the aroma of chocolate and churros (donuts) mingling with sizzling seafood and suntan oil.

“When my husband Kurt and I step out the door of our 1882 modernista (Catalan art nouveau) building, we enter a grand world of art and green space blessed by a warm, Mediterranean climate and surrounded by incredible landscapes, from beaches to mountains,” says expat Linda Fernandez.

“You might think the culture and convenience we enjoy here comes at a premium. But not so. We consider our living expenses to be minimal. Since we own our own apartment, our regularly occurring expenses—minus groceries and entertainment—average about $860 a month.

“Back in Texas, we were used to property taxes consuming a huge portion of our monthly paycheck; in Barcelona, property taxes are minuscule, averaging around $66 a month.” 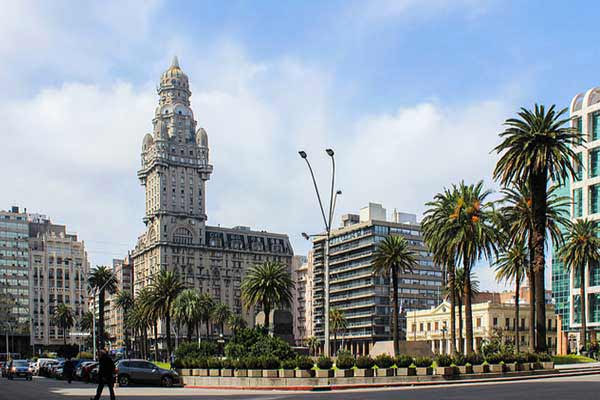 Most expats are attracted to Uruguay for its tranquilo (calm) lifestyle—a healthy, stress-free approach to living. And in the capital, Montevideo, it’s evident almost everywhere—a place where the traditional and the modern weave together.

Uruguay has a mild climate—summer temperatures barely reach the 80s F, and winter is short and rarely drops below freezing— which seems in keeping with the laidback tempo of life in this smallcountry.

Montevideo feels European. According to the 2011 census, 87.7% of the population claim European descent, mostly from Spanish and Italian immigrants who arrived in great numbers in the 19th and 20th centuries. France, Germany, and Britain account for much of the rest.

Stroll down the Peatonal Sarandí, the main pedestrian thoroughfare through the Ciudad Vieja (Old City) to a delightful mix of museums, parks, restaurants, small shops, and residences, and you can be forgiven for thinking you’re in Italy or Spain.

Montevideo is very much a city of the world, and if you tire of the city scene, it’s easy and inexpensive to visit the beaches.

While Montevideo’s seven-mile coastline is not technically “oceanfront,” it looks like the ocean. The “rambla”—the promenade that runs the full length of Montevideo’s coastline—provides a long-paved strip ideal for walking, running, and bicycling.

Two people can live in Montevideo on $3,200 a month, renting a one-bedroom, furnished apartment in Pocitos, the most popular expat neighborhood in the city. 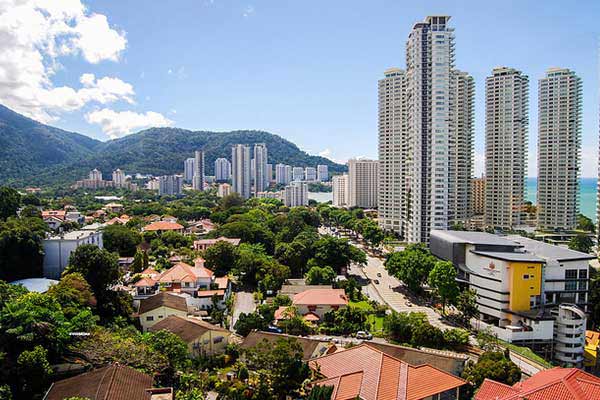 Penang, a small tropical island off the west coast of peninsular Malaysia, is a remarkable place. No bigger than Manhattan, it’s a spot that has it all—arts and culture, history and nature, beach and jungle.

It’s now home to around a million- and-a-half people, a colorful mix of Malay, Indians, and Peranakans—descendants of Chinese immigrants. And joining them in recent years is an ever-increasing number of Western expats lured by the benefits and pleasures of life here.

Tanjung Bungah Beach is one of the longest beaches on the island and is popular with expats and locals alike but there are several hidden beaches to be found. Many hidden coves are nameless—which may be why they are such a well-kept secret.

The island’s capital is Georgetown and there are few places like it in the world. Along the seafront, grand German-style buildings housing museums and restaurants face Chinese clan jetties where you’ll be welcomed with tea. There is something of a café culture in Georgetown and many of the restored colonial-era shophouses are home to trendy cafés and art galleries. In fact, art is one of the big draws for tourists from China and Singapore, who crowd around the city’s famous graffiti art to take photos.

Since moving to Penang from Portland, Oregon, Ed and Sally Wilkerson enjoy a 1,300-square-foot apartment with sea and harbor views, and a balcony that can easily hold 30 people.

“We entertain quite a bit,” Sally says. “This balcony and the apartment are made for entertaining, and we love having friends over. We get quite a few visitors from the States, and although people thought we were crazy when we left, they don’t when they visit.” 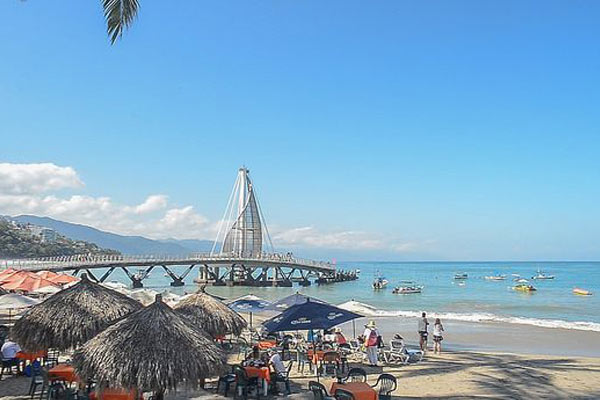 Set on Mexico’s central Pacific coast, Puerto Vallarta is a world-class and world-famous vacation destination. It attracts travelers from around the world, as well as a large contingent of retirees thanks to its warm climate and sophisticated but affordable First-World living.

If you come to live in Puerto Vallarta it helps to like the beach. It’s a hub of activity, especially in the winter months. Beach umbrellas and loungers for rent line the beachfront and there are plenty of places to order a cold drink—the waiters come to you. You can go parasailing or just lounge and watch the water.

Art is everywhere in Puerto Vallarta. You can find vibrant colors, dramatic shapes, and varied textures in high-end galleries, authentic tinaguis (open-air markets), brightly painted buildings, and the faces and clothing of the Mexican people.

Many of the individual barrios boast their own mini galleries, have resident artists, and advertise gallery shows and open houses at coffee shops and eateries. But, the Zona Romantica (Romantic Zone) serves as the artistic heart of the city, and the love of art can be seen wherever you look.

Expats find they can live on much less, just like Bobby Blanchard and Nan Lippard.

“We sold everything and came down on the bus with two suitcases,” says Nan, 56. “There’s a ‘humanness’ that is still here that is missing from the U.S. It’s like a dream. You feel renewed when you get down here.”

They rent a one-bedroom condo for $472 a month, which includes maid service and bottled water. There are also two swimming pools in their community.

“We’re proof you can live in Mexico for $1,000 a month for two people, including rent, food, utilities, gas for the car…although there’s not a lot for extras,” says Bobby, 57. “The thing I like best is that we don’t have to worry about a house or car payment. We’re debt-free. If it costs you your peace, it’s too expensive. There’s a huge freedom in not having debt. If we want, we can get the suite when we go on a cruise.”

The city of Toulon, on France’s Mediterranean coast, oozes Côte d’Azur class. Toulon is largely overlooked and therein lies much of its charm. Surrounded by world-famous resort destinations like Saint-Tropez, Bandol, Cassis, and Aix-en-Provence, Toulon is often neglected. This not only means fewer tourists, but lower prices.

Toulon is a vibrant city. From the multi-hued buildings, dating from the 18th century, which run along the cobblestoned rues (streets) of the historic center, to the colorful characters you’ll meet debating the fine art of pétanque (bocce ball) at the local beaches, everything is expressed and lived to the fullest. You’ll also be impressed by its thriving art scene. The Toulon Opera House dates from 1862, holds world-class productions every year, and is famed for having some of the best acoustics in France. The city has several modern theaters, comedy houses, and improv nights in local restaurants and pubs. In short, there’s never a shortage of things to do. And if you’re looking for the real “Provençal” atmosphere, look no further than the “village within the city,” the Mourillon. Fancy boutiques rub shoulders with artisan cheese makers, wine caves, and sophisticated pastry shops.

“Eight years ago, my husband, Nicolas and I, made our home in Toulon,” says expat Tuula Rampont. “I immediately fell in love with the place. The Mediterranean lifestyle has to be one of the best in the world.

“Since Toulon sits directly on the sea, this means lazy afternoons at the beach, long port-side lunches, and weekend trips to any one of the charming Provençal towns that line the coast.”
Despite living so near to the Mediterranean, it doesn’t come with a hefty price tag.

“I could easily afford to rent a comfortable one-bedroom for $650 in the center of Toulon,” she says. “And if you increase your budget a bit—or rent as a couple—things get really interesting. When we first arrived, we rented a two-bedroom apartment, with a sea view, and just a two-minute walk from the beach for $1,090.”