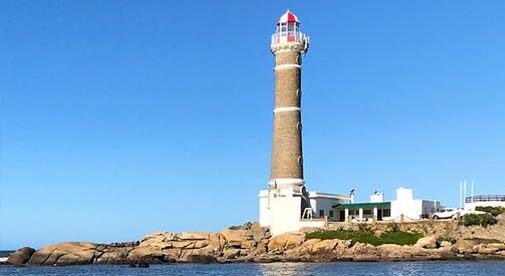 Back in 2014, Jim and Joy Kopp began actively pursuing retirement outside the U.S. The pair of 68-year-old Minnesotans—by way of Boise, Idaho—had read that a tiny arrowhead of land wedged between Brazil and Argentina was a safe, off-the-beaten-path retirement destination and, so, with a month to spend gathering first-hand facts, the couple decamped to Uruguay in September of that year to have a look around.

They liked the experience: a slower pace; a decidedly middle-class economy; a society far more European than Latin; a Mediterranean climate; fresh, high-quality food; high-quality healthcare; a kindness that reminded the Kopps of 1950s America; and a culture that values relationships over possessions. Today, they live a happier, healthier, simpler life in one of South America’s wealthiest enclaves…but that’s getting ahead of our story.

Many retirees, or those soon to reach that milestone, dream of moving overseas for any number of reasons: reduced healthcare costs, stretching a nest egg farther, adventure. But the process—the paperwork, the financial issues, residence visas, healthcare—can seem so daunting that the end result is too often inertia. Thus it is, then, that the Kopps’ process of relocating to Punta del Este, Uruguay, is a masterclass in retiring overseas with ease.

Joy and Jim knew by 2015 that Uruguay would be their retirement home. But instead of moving quickly, the couple began a strategic, multi-year process of preparing properly for their big life change.

First up: winnowing possessions to “what would fit in a cardboard box,” Jim says. Parting with items you’ve owned for decades is often emotional. But selling, donating, or giving away furnishings, automobiles, and whatnot, and preparing your house for sale over time allows you to process the upcoming move and lets you envision an easier, less encumbered life.

As that unfolded, Jim and Joy enrolled in Spanish classes at a local university, “just to have a working knowledge and some basic phrases,” Joy says. Meanwhile, Joy began gathering paperwork—the part of the process that can be so taxing.

One of the great benefits of Uruguay is that you can gain temporary residence almost immediately after showing up, which gives you pretty much all the rights of a permanent resident, including access to the country’s highly ranked healthcare system. You just have to present the right paperwork—birth certificate, marriage certificate (if applicable), an FBI report showing you’re not a criminal, and documented income.

But here’s the catch: The first three documents require an apostille, an official form attached to the original that verifies its legitimacy and authenticity. And if you were born in, say, Maryland and married in, maybe, Iowa, the Secretary of State in each state must apostille the appropriate original. Joy began collecting documents months before she and Jim were slated to make their move.

As that was underway, Jim applied for Social Security earlier than anticipated in order to prove verifiable, monthly income. Uruguay, like many countries, wants proof you won’t burden the government. Typically, that means provable income rather than assets. In Uruguay’s case, the country wants to see monthly income of roughly $1,500. Jim’s Social Security allowed the Kopps to tick that box.

As 2017 rolled around, and with all documents in place, the couple sold their house…and in May of that year, they landed in Uruguay.

They immediately applied for temporary residence. Within two weeks, they had driver’s licenses (though they don’t own a car) and a local bank account. Within a month, they had temporary cédulas (temporary residence cards) allowing them to enroll in local health plans that cost all of $55 a month, each.

They rented an apartment for several months before buying a 700-square-foot, two-bedroom flat with ocean views two blocks from the Atlantic for $200,000, including commissions and fees.

And 15 months later, in August 2018, the Kopps’ residency turned permanent.

Today, they live happier and healthier than they did in the U.S. Though lots of oversees retirees make that claim anecdotally, Jim, a diabetic with asthma, offers up quantifiable proof. Here in Punta del Este he’s never needed his inhaler…and his diabetes requires half the insulin, giving Jim twice the control of his sugar that he had in the U.S. Joy, meanwhile, has dropped two dress sizes “because of all the walking (two to four miles a day) and because the food is healthier without all the processing.”

Their cost of living has plunged, as well. The Kopps spend less than $1,000 a month—and $450 of that is their building’s common expenses (security, sewer, water, maintenance, etc.)—and live a rich life in a city where billionaires and supermodels own vacation homes.

“It has been freeing to break those bonds back in America,” Jim says of a U.S. life that “is now too often defined by possession.” Joy quickly adds: “Clocks tick slower here. The stress level is 1/10th the U.S. This is the lifestyle we want—a small apartment in a walkable community, everything we need is nearby.”

Indeed, as I left the Kopps after a morning spent at their sunny apartment, they were walking, hand-in-hand, down the street to one of their favorite markets.