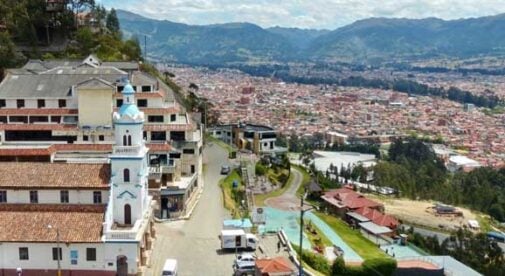 Tipping to me is like the old 1960s Fletcher’s Castoria TV ad that asks, “The problem with prunes: Is three enough, is six too many?” Guess wrong and you’ll likely create a mess. If you want to take the guesswork out of wondering how much to tip in Ecuador there’s simply this rule—there isn’t one.

Until the influx of expats, tipping in Ecuador was pretty much non-existent, leaving Ecuadorians wondering “Why do these people keep leaving money on the table?” So now that there’s money up for grabs, the rules are changing.

Knowing the tipping culture helps. Ecuadorians, if they tip at all, only leave small amounts, maybe a nickel for a taxi ride, so you can see where a $10 tip is like winning the lottery. But the Ecuadorian culture has now embraced tipping and, as tourism grows, the expectation of tips has increased.

Because tipping customs in the U.S. and Canada and expectations in Ecuador are very different, how much to tip has become a quagmire of guesses. Step into any expat-laden restaurant in Ecuador and you’ll find a polarizing difference in how tipping is viewed—there’s the pro-tippers and the anti-tippers.  And both have merit.

On the side of the pro-tippers, generosity is ingrained and what you leave behind on the table can be a measure of if you are generous or a cheapskate. The misnomer by Ecuadorians is that all expats are rich.  And in most developing countries, there’s an expectation of the rich sharing their wealth. Over tipping is sometimes viewed as a way to level the playing field for those living on $500 a month.

On the other side of the argument are the anti-tippers, who side more with the “When in Ecuador, do as the Ecuadorians do”. Their concern is that raising the bar on how much is tipped affects us all. It’s not about generosity for those who curtail tipping, it’s about a way to fit into the cultural norms without driving up tipping beyond what is reasonably expected.

If only there was a Geneva Convention for tipping. Because both sides are valid, there are now some guidelines that lie somewhere in the middle of the tipping debate to help you understand what is generally expected.

Upscale dining: At upscale restaurants, check your bill before you tip as the service fee, which runs between 15% to 20%, may already be included. If not, the rule of thumb is 10% as the standard tip on a dinner bill. If you’re feeling generous and have had good service, it’s not unusual to leave an extra five to 10% tip.

Also, tips aren’t based on quality of service. In Ecuador expect slow service and difficulty catching your servers because rushing the occasion and hovering over diners is considered impolite here. Lay back and enjoy the tranquillo ride—servers aren’t ignoring you; they want you to have time to share experiences.

Almuerzos. For the fixed-menu lunch popular with Ecuadorians where diners pay $3.50 for a meal of popcorn, chicken, rice, salad, and dessert, round up the bill to $4.

Taxi drivers. Before taxi drivers were issued meters, fares went up and down like the stock market. Now you pay what’s on the meter but it’s not unusual for expats to round up the fare by maybe adding 10 to 25 cents to the fare. For drivers who help unload your groceries, try anywhere from 50 cents to a dollar or two depending on how many bags.

Airport Luggage. When you’re traveling with heavy luggage and need help with your bags, it’s pretty standard anywhere to tip a dollar a bag.

Maids, housekeepers, and gardeners. The people who help maintain our homes frequently become family to us. You can reward their good service by giving ‘bonuses’ during the Christmas holidays. The rule of thumb is five percent of their annual pay; some expats are more generous, giving 10 percent.  There is also a plethora of “goody baskets” sold at the major grocery stores (Coral or Supermaxi) during the holiday season.

Tourist tipping at hotels. Doormen who provide extra services or hail cabs for you are tipped around $1. And hotel housekeepers range from $1 to $1.50 a day for those who clean your room.

Street vendors. Whether they are selling garbage bags, or you are buying strawberries off a wheelbarrow, you pay the cost of the goods only.

Street performers work for pocket change. I’ll drop a dollar if I am truly enthralled.

If you want to help Ecuadorians then there are plenty of ways to do so outside of tipping. Like volunteering at a soup kitchen, or donating to charities. This money goes to those most in need and you can be assured it is helping families.

So, I ask again, “Is three enough, is six too many…?” Tipping is a personal choice. Only you will know the amount that works for you.

The Best Beaches in Ecuador