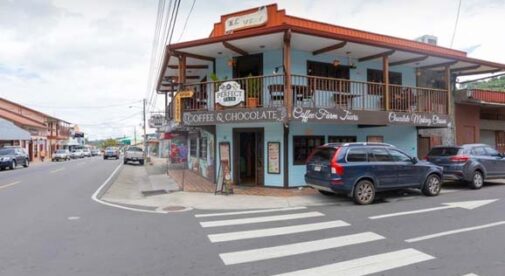 Ron chose the friendly Panamanian mountain town of Boquete as his new home.

“Costa Rica, Panama, Belize, Spain, and Portugal—I visited them all. That was my shortlist. My longer list had 15 countries on it!”

Ron Melton is something of an International Living success story. At 71 years old, he’s not the type to retire fully, and still keeps busy working part-time in the insurance industry. But what’s really keeping him active right now is his ongoing plan to build his dream home in Panama.

“I went to a number of International Living conferences as I came closer to Social Security age. I don’t like what’s been happening to the United States in recent years, and I knew I wanted to move overseas. Picking a specific place was the only real challenge. I ended up spending two months assessing locations. How far away they are, what the weather is like, whether the cost of living is affordable. Then I went and visited my top five.”

As it happens, a friend of Ron’s had shown him around Boquete—Panama’s premier highland retreat—some 10 years previously. The exploratory trip to Europe was fun, but the more he thought about it, the more drawn Ron was to Panama’s close proximity to the U.S., and the fact that it shares a time-zone with Indianapolis (where he’d lived for 21 years and still has work contacts).

Boquete lived up to his happy memories of it. “The town has grown over the last decade, it’s got about 25,000 inhabitants now, about 5,000 of whom are expats. I love it. The climate is incredible. 60 F to 65 F in the mornings, and in the late afternoon it gets up into the 70s F. Even in the rainy season, it’s nice. It’s not like in a colder climate when it rains. That’s miserable. But 70 F and raining—that’s fresh, that’s enjoyable.”

Because it’s situated high in the Chiriquí uplands, at about 4,200 feet up, Boquete’s climate is remarkably mild for a tropical location. That’s a huge part of its appeal, and Ron notes the increasing interest in the town among international expats.

“It’s mostly North Americans, but the expat community is growing,” he says. “A lot of South Africans have moved in recently, and I’ve met people from Russia, Ecuador, Europe, all over. People are really friendly in Boquete and will always introduce you to each other. Every Tuesday there’s a crafts market in town, which is a gathering point for expats. Even if you don’t make it to that, there are two or three online publications, group activities, and volunteering. If you want to get involved, it’s easy. There’s a real community feeling.”

And although Ron still has an income from his part-time, remote work, living in Boquete leaves him with change from his monthly Social Security payments. “I could manage on Social Security alone, but I like to keep working on my own terms. I’m not the type to just sit around. But I live on $2,500 a month in Boquete. And I live better. The food here is incredibly fresh. Boquete’s a market town, and there’s new produce brought in from the surrounding farms every day. I definitely eat better in Panama than in the States. And you know, it helps that I’m not going to have to go through any more cold winters.”

At 71 years old, Ron could be forgiven for simply wishing to take things easy at this point, but it’s not his personality type to ease off. In fact, he’s taken on a project that will keep him busy for the foreseeable future. “I looked into building costs here, and at $80 per square foot to build a decent, North American-standard house, I figured it was time I got to build my dream home.”

Back in 2020, Ron found a piece of land that fit right into that dream scenario. Mountain views of Volcán Baru, a vista right over the Caldera River, and a lovely location above the town; it was ideal. Going in on the deal with a buddy, John, he and Ron bought six acres and talked a builder into getting involved in their project.

“I don’t really want to go into detail about what we paid, because it’s John’s business as well as mine, but I’ll say that within a quarter-mile, there’s land selling for $50,000 per 1,000-square-foot-lot,” Ron says. “Prices have been going up in Boquete lately. It’s a small town, but it has incredible restaurants, and it’s very popular with Panamanians coming for vacations. Things used to be slower, but it’s been buzzing since the end of the pandemic lockdowns. Rentals go onto the market now and they’re gone within a week.”

The building project is in full swing. Although they haven’t broken ground yet, the permitting process is well underway. “We had to have a survey of the ground done, to show every tree with a bole over four inches. If you cut them down, you’re obligated to replace them. In fact, for every one we end up cutting down, we’ll plant two in its place. There’s plenty of room.”

They’ll start building in January 2023. “The first two homes will be mine and John’s. Mine will be between 1,600 and 1,700 square feet. It’ll have three bedrooms, two-and-a-half bathrooms, and a large outdoor area with fireplaces and kitchen. The idea is that we build our own places first, and then if people want to buy them, we’ll sell. There’s room for six to 12 homes here, depending on the size of the lot. We’ll just do it bit-by-bit.”

Less ambitious expats in Boquete are happy to just enjoy the pleasant ambient temperatures, the 90-minute access to the beach, the chance for city life in David, and all the adventure-sports activities that go on in the Chiriquí region. Ron’s hobby is a lot more involved, but it should keep him busy for a while. “Oh yeah,” he laughs. “It’s going to take years, I need to do something with my time!”

The Real Estate Market in Boquete is Now a Buyers’ Market