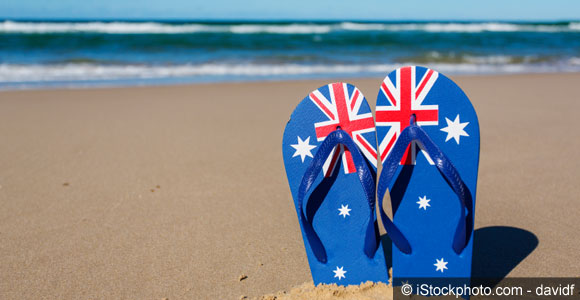 Cost of living in Australia

By far the biggest living expense in Australia is accommodation. This applies to both owner-occupied and rented accommodation. Over the past few years Australia’s property market has experienced an unprecedented boom, particularly in Sydney and Melbourne, with prices in many places doubling. The cost of rental accommodation has also increased in recent years, although oversupply fueled by the property boom is causing rents to fall in some areas. The cost of accommodation in the capital cities is also significantly higher than in regional areas.

Generally, condos are less expensive to rent than houses and rents are more expensive closer to the city center. Property rentals are always quoted in weekly prices. In Sydney, for example, expect to pay approximately $600 per week for an average two-bedroom apartment about three miles from the city center. Fifteen miles from the city center, the same size apartment may cost around $450 a week. In a regional area, such as the Gold Coast, an average two-bedroom apartment may cost around $360 per week. These are starting prices and you can, of course, pay much more if you want something more upmarket.

Food prices in Australia are reasonable, given the high quality available. Australia has an abundant supply of locally grown food, with little reliance on imported meat, seafood, and fruit and vegetables. However, imported processed goods are also readily available in the supermarkets.

There are a number of supermarket chains in Australia, with the most predominant being Woolworths and Coles. Others are Aldi, IGA, and Foodworks. Increasingly, farmers’ markets are a popular alternative for fresh, quality produce, including meat and seafood. You’ll find these markets both in capital cities and smaller towns.

Public transportation is available in all metropolitan areas and includes bus, train, light rail, and tram. The most cost-effective way to use public transport is to get a “tap on, tap off” transport card, which are available in cities and towns throughout the country.

Both electricity and water are expensive in Australia, but the costs can be reduced through careful usage. Air-conditioning is a must in most areas during the summer months—particularly if you aren’t used to the heat—which can add considerably to the cost of electricity. There is no free water in Australia (other than private domestic water tanks), and all water consumed from the tap is charged to the user. The cost varies by local government area.

Expats do not have access to Australia’s free public healthcare system, and are required to have private health insurance. Whether you use a private or public facility, you will have to pay as you go.

Here are some regular monthly expenses for two people living in Sydney: