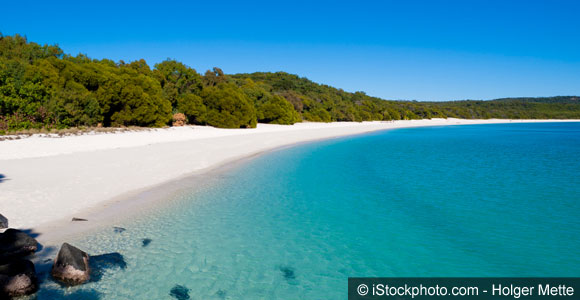 Location: Australia is a large island surrounded by the Indian Ocean and the South Pacific Ocean.

Climate: The vast majority of Australia is arid or semi-arid. Temperate climates can be found in the south-east and south-west corners, and the northern region of the country has a tropical climate.

Government: Australia operates under a Federal Parliamentary Constitutional Monarchy. It is also part of the Commonwealth of Nations.

Head of State: Queen Elizabeth II (since 6 February 1952); the Queen is represented by Governor General Sir Peter Cosgrove (since 28 March 2014). The Governor-General is appointed by the reigning monarch on the advice of the Prime Minister. There is no specific term, but it usually lasts five years.

Head of Government: Prime Minister Malcolm Turnbull (since 15 September 2015). The Prime Minister is the leader of the majority party or largest party in a coalition of parties in the House of Representatives.

Language: English is the official language of Australia, with Mandarin, Arabic, Italian, Greek, Cantonese, and Vietnamese also spoken throughout the country.

Time Zone: Australia spans over five standard time zones, many of them by half- and quarter-hours, and not all of them use daylight saving time. The standard time zone span runs from UTC+8 to UTC+11 (11 to 14 hours ahead of Washington, D.C. during Standard Time).