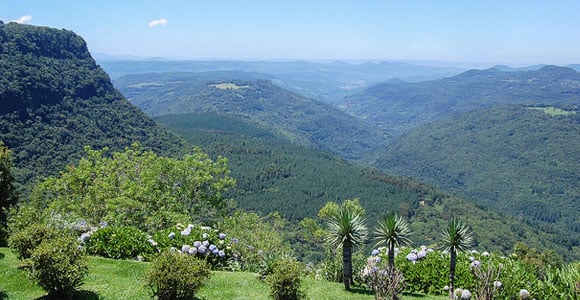 Foreign nationals who are tax-resident in Brazil are required to pay tax on their Brazilian and overseas-generated income, unless covered by a Double Taxation Treaty between Brazil and their home country, and must file an annual tax return every April. Foreign nationals become subject to tax-residence status if they stay in Brazil for more than 183 days in any 12-month period, and this status applies for 12 months after their last departure from Brazil.

Foreign nationals who are not tax-resident are required to pay tax only on their income from Brazilian sources, at a rate of 25% on earned income and 15% on unearned income. They do not have to file an annual tax return.

Brazil has a progressive personal taxation system under which individuals are taxed up to a maximum of 27.5% of their income.

The Brazilian fiscal year begins on Jan. 1 and ends on Dec. 31. The rate is progressive from 0% to 27.5% and shared out into three brackets. These taxation brackets apply to monthly income amounts, on a yearly basis.

There are several types of reductions available for taxpayers in Brazil depending on the regime of the declaration and whether it is simplified or complete:

Self-employed people can deduct expenses when calculating their income for tax purposes.

On Aug. 1, 2007, tax authorities issued standard instructions to regulate the simplified tax regime (super simples) announced by the Brazilian government through Complementary Law n° 123/2006. The measure authorizes companies under this regime—those with annual gross revenues of up to BRL2,400,000 ($1,372,684)—to pay a single tax in place of the following federal, state, and municipal taxes:

The applicable tax rate will vary from 4% to 17.42%, depending on the type of activity—industry, commerce, services, and so on.

Under the actual profits method (lucro real), the taxable income is calculated in accordance with corporate records and adjusted for tax purposes in line with the applicable regulations (standard taxable income calculation). The corporate taxpayers may estimate their monthly tax payments (IRPJ and CSLL) by using computation rules applicable for the presumed taxable income basis. A final balance sheet and statement of income must be drawn up at year-end and the annual tax liability (including income tax surcharge) computed. Any difference between the final tax liability computed and the amounts estimated and paid in advance or withheld at source will either be paid up on March of the following calendar year (subject to interest) or claimed as a tax credit.

Employee: 7.65% to 11% of the gross salary. The employee’s payment, which is capped, is based on a contribution salary table, provided by the government.

Tax is charged on worldwide income for residents of Brazil at 15%, although some foreign tax relief and credits can be allowed under specific tax treaties.

Mortgage interest is not deducted when calculating taxable rental income.

Capital gains are generally subject to tax at 15% (with exceptions), and gains from the sale of securities on a public stock exchange are taxed at 20%, for all Brazilian residents. Non-residents have to pay 15% on capital gains relating to property in Brazil at the moment the gain is obtained.

There are some exemptions from capital gains tax.

Note: Brazil has double taxation treaties with a number of other countries, which mean that tax paid in one country can be offset against any tax payable in the other. However, there is currently no such agreement between Brazil and the U.S. These various tax treaties could affect the tax rates described above.

Brazil has no inheritance or wealth taxes. However, some states may impose a death transfer and a donation/gift tax.

It is important to note that Brazil does not have VAT as such. The Brazilian tax regime for sales and production is not similar to those of Europe.

Some municipalities may charge a service tax on certain businesses or real estate transfer tax (2% on transfers of real estate). An annual urban real estate tax for property owners is also applicable at approximately 0.6%, but in some locations it can be as high as 1.4% of the assessed value of the property, but this will vary according to the municipality concerned.