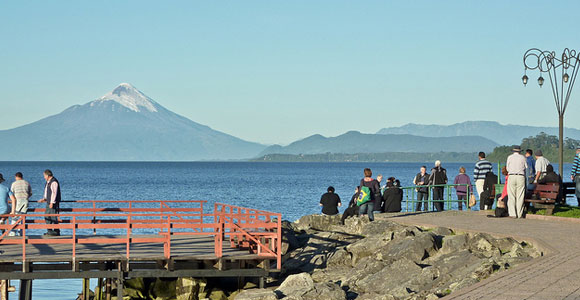 Buying real estate in Chile is a fairly straightforward process, even if you are not a citizen. With proper planning and a good bi-lingual attorney (unless you are fluent in Spanish), buying your home here can be a hassle-free process.

Here’s what you will need in order to purchase of a home or land in Chile:

For the most part, the Chilean constitution guarantees foreigners the same rights as Chilean citizens when buying and selling real estate. There are certain exceptions such as in the case of national security areas. It is best to ask a real estate attorney for more details.

Where to buy real estate in Chile

Nestled in the Andes, Santiago is one of South America’s most enchanting cities. The city juxtaposes classical colonial architecture with modern highrises and manages to blend the two. For example, the cathedral in Plaza de Armas is across the street from a 48-story glass office building—the skyscraper reflecting the image of the church.

From here it’s only 90minutes to the sandy beaches of thePacific, the slopes of the Andes—withthe most affordable ski holiday thisside of the Rockies—or a wine tour ofthe vineyards.

With its wild beauty and seemingly endless, wide-open spaces, Chile’s Lake District conveys a sense that you’ve found the last perfect place at the far end of the world. If you want to “get away from it all,” there is no better place than here. And it offers one of the most First-World lifestyles in Latin America.

The tiny resort town of Puerto Varas looks as though it’s been transported straight from Bavaria, or Switzerland, or possibly from Maine or New Hampshire. The climate feels similar—hazy, cool mornings but with sunny, mild afternoons in the 60s F. The terrain is familiar, too, with rolling, green hills and a mountain backdrop. A popular vacation town, Puerto Varas is attracting expats. As much as 30% of the population is foreign, primarily from Germany and the U.S.