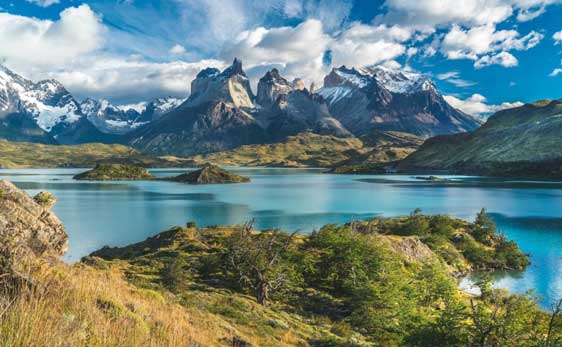 Cost of Living in Chile

Cost of Living in Chile - Monthly Breakdown of Expenses 2022

Consistently ranked among the top Latin American countries when it comes to safety, political stability, and standard of living, Chile is highly sought after in the expat community. As it is still developing, Chileans tend to live a slower pace of life than those in the U.S. while also enjoying many modern amenities.

The cost of living in Chile varies significantly depending on whether you decide to settle in one of the big cities, such as Santiago or Concepción, or in a smaller city, such as Valdivia or La Serena. You can generally expect to pay 20% to 25% more in Santiago compared to most other places in the country. Below is a monthly budget based on the cost of living for a couple living in Santiago or Concepción.

Chile has one of the higher costs of living in South America, but it’s still incredibly affordable for those used to living in the U.S. Most couples can reasonably expect to spend less than $2,000 a month, including rent, food, insurance, and more. If you enjoy going out to eat more or want household help that will come multiple times a week (as often happens in Chile), you can increase your budget accordingly.

Accommodation in Santiago is certainly more expensive than in other parts of the country, but you can find a nice place for between $550 and $700 a month. If you’re looking for an apartment in one of the higher-end neighborhoods, such as Vitacura or Las Condes, expect to pay at least $100 to $200 more. Rent in smaller cities generally costs anywhere from $350 to $500 a month for a nice, two-bedroom apartment. Keep in mind that apartments in the city centers will cost more; if you go a bit outside of the center, you can usually save $100 or more.

In almost any apartment building, you will be expected to pay gastos comunes each month on top of your utilities. This is a set fee decided on by the owners of the building and can range anywhere from $80 to $150, depending on what is included. Garbage pickup, maintenance, building security, and salaries for gardeners and staff are generally built into this payment. For your utilities, including gas, water, and electricity, you can expect to pay between $85 and $120.

Food costs in Chile are quite comparable to those in the U.S.–one of the few things that aren’t significantly cheaper. However, you can reduce your household food costs by shopping at local farmer’s markets, which take place in just about any city (or Santiago neighborhood) on specific days of the week. The farmer’s markets offer everything from local fruits, vegetables, meats, and cheeses, to homemade jams and even household items. In the spring, you can find a nice assortment of flowers and plants for your garden, as well.

If you go out to dinner, you can expect to pay around $45 for two people, including two meals and drinks. If you’re out enjoying the sights of the city and craving a snack, you can buy a large baked empanada or a dozen fried empanadas for around $2. You can also try a completo, a Chilean speciality consisting of a hotdog covered in avocado, tomato, and mayonnaise, for $1.50 or $2.

Public transportation within Santiago is generally well-organized and affordable. A metro ticket will cost $0.60 to $0.80, depending on the hour (prices go up at peak times), and a bus ticket will cost around $0.60. If you decide to take a road trip to one of Chile’s many regions to see the Atacama Desert or the stunning mountains of Patagonia, be sure to factor in the cost of the tolls. Chile’s Highway 5 is well-maintained and allows you to access almost all of the regions and major cities, but you will hit multiple tolls that cost anywhere from $1.50 to $5. For example, if you travel from Santiago to Osorno, you will pay around $40 just in tolls.

Flying between regions can be a great option for those wishing to travel more quickly. Several airlines fly from Santiago to most major cities in the country, and even some cities in neighboring countries, such as Argentina. If you travel light with just an under-seat bag, you can find a flight for around $30. However, if you have a carry-on or a checked bag, the price will more than double.

Chile is a country full of diverse living options for expats and retirees. For those who want to permanently escape cold winters, cities like Antofagasta, La Serena, and Viña del Mar rarely see temperatures below 60 F during the day, even in the winter months (June-August). If you prefer a relaxed pace of life close to nature and with easy access to hiking trails and lakes, Valdivia, Puerto Varas, and Pucón are great options. Wherever you decide to plant yourself, you can easily enjoy a high standard of living in Chile for less than $2,000 a month.