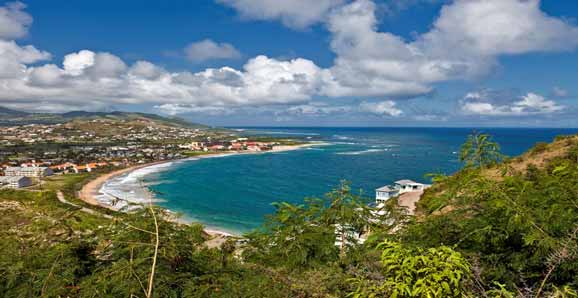 The True Legends of the Caribbean

The islands of Kitts and Nevis share the official name of the Federation of Saint Christopher and Nevis, and are part of the British Commonwealth in the Caribbean. The island of Saint Kitts is also famously named “The Mother Colony in the West Indies”, since it was the first island to be settled by British and French expats. Together, these two islands form the smallest sovereign state in all of the western hemisphere.

Saint Kitts is the larger and slightly more developed of the two islands, and it hosts the nation’s capital of Basseterre. Nevis, on the other hand, is a bit “wilder” and more laidback, but it beats its bigger twin when it comes to pristine beaches and hiking scenery.

Overall, the small island country presents a nice change of pace to the majority of the Caribbean, avoiding the brunt of the tourist fever that has swept across the region. With the natural charms of the region, the country gets its share of travelers, of course, but you get the sense that not everything is geared towards tourists and that the island’s inhabitants actually live outside of their tourism offering. While there are obvious attempts by the local government to increase tourism profits, the country is still largely untouched and uniquely charming, perhaps making it the ideal Caribbean location for a more permanent stay.

How to Get Around St. Kitts & Nevis

There are two airports on St. Kitts and Nevis: Robert L. Bradshaw located on St. Kitts is the larger of the two, capable of handling transcontinental flights, while the smaller Vance W. Amory on Nevis primarily hosts flights to and from various parts of the Caribbean. Depending on your destination and airline options, you may also choose to fly to one of the busier regional airports and arrange transport to St. Kitts and Nevis from there.

Moving around the fairly small islands is quite convenient. There is a decent public transport system of minibuses, as well as a fairly affordable taxi service (there are generally no taximeters, with fixed fees for various locations, so make sure you negotiate your fee ahead). If you would like to drive around and explore the island on your own, there are two things to keep in mind: you drive on the left side, and you will need a temporary local driving license. There is a regular ferry connecting the two islands, while the port in Basseterre doubles as the local hub for cruise ship travel. 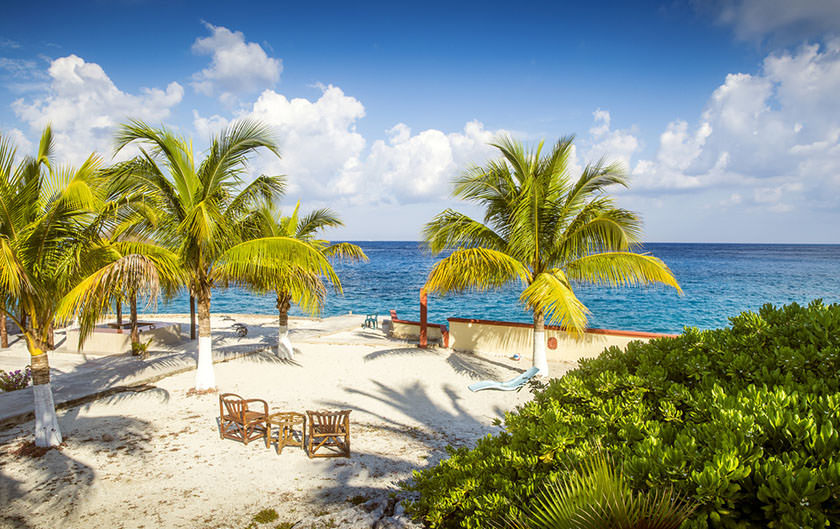 Get Your Free Caribbean Report Here:

Learn more about the Caribbean and other countries in our daily postcard e-letter. Simply enter your email address below and we'll send you a free special report - The "Hidden", Affordable Caribbean

This special guide covers real estate, retirement and more in the Caribbean and is yours free when you sign up for our postcards below.

Things to Do on St. Kitts & Nevis

Despite their minute size, both islands of St. Kitts and Nevis offer an unusually high amount of sights to see, both natural and man-made. Aside from the idyllic beaches and seaside vistas you’d expect from a Caribbean island, they both boast some excellent hiking trails. St. Kitts has the imposing Mount Liamuiga, a dormant volcano that offers some dramatic scenery from its 1,155 meter high top, while the Nevis Peak is no less challenging and exciting. Both islands also have a tropical rainforest covering their volcanic central terrain, making them ideal for daily hiking tours.

Two man-made attractions not to be missed on the islands are Brimstone Hill and the scenic railway, both located on St. Kitts. Brimstone Hill Fortress is a convincing proof of the strategic significance that St. Kitts once held as one of the earliest British colonies in the region. The imposing, sprawling fortress was built in the late 17th century, and now holds the status of a UNESCO world heritage site as one of the best-preserved citadels in the western hemisphere. The scenic railway is another testament to the island’s history. It was used in the early 20th century to transport sugar cane from the plantations to the processing plant, and converted into a scenic drive once the plant was shut down. The railway goes around the island, providing a unique view of its most prominent attractions.

Due to its relatively low influx of tourists, the islands of St. Kitts and Nevis are significantly cheaper than most other locations in the Caribbean. For example, rent for a four-member family apartment can go as high as $1,600 a month in premium areas, but can also be found for less than $500 in less popular areas. The general expenses are approximately 50% lower than the rest of the Caribbean destinations.

Whether you’re looking for a more intimate (read: less frequented) tourist experience of the Caribbean or considering a more permanent stay, St. Kitts and Nevis are truly an ideal regional destination. The combination of its natural wonders, laidback, unobtrusive atmosphere and relatively affordable cost of living make it an excellent choice for those looking for a tropical respite.