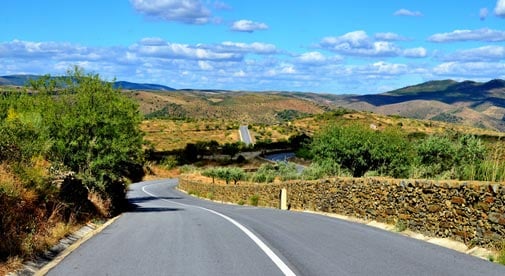 BlaBlaCar is like Uber but for long-distance journeys, allowing you to travel the roads of Europe for a fraction of the cost of a rental, train, or airplane. ©iStock/FredoLealGuerrero

How you travel is often as important as where you travel. In Europe, where stunning medieval cities are linked by meandering roads with plenty to see, your mode of transport can play a huge factor in your enjoyment of the experience. With idyllic villages, mountain passers, and scenic coastal drives dotted throughout the continent, traveling from one place to another is about more than getting from A to B, it’s about discovery.

Most Americans won’t know BlaBlaCar since it doesn’t operate in the U.S. That’s a shame. It’s a brilliant contribution to the “sharing economy,” particularly for travelers who want to get out and about and see the world from an asphalt point of view, but who don’t necessarily want to captain their own automobile.

Picture Uber but for long-distance travel, and instead of paying the driver, you’re simply splitting the fuel costs. That’s BlaBlaCar, generally speaking.

The service started about a decade ago in France and has expanded to 22 countries, primarily in Europe, but also Brazil and India. It’s now used by some 45 million people, with 12 million rides every quarter.

Through the BlaBlaCar app, you input the route you’re looking to travel—let’s say Lisbon to Porto—and you select if you want a car for smokers, one that accepts pets, and just how talkative you are and how much talk you’ll tolerate from your driver (hence the “bla bla”).

BlaBlaCar will then show you the drivers who’ve posted plans to drive that same route, and the cost they’ll charge for you to occupy an available seat in their car. Like I said: Uber-esque ride-sharing.

First, there’s the lack of instant gratification. You don’t order a BlaBlaCar to venture off as soon as you log in. Drivers post the day and time they’ll travel the route you desire, and it’s up to you to match with what they’re offering. So you need to be flexible in order to find something that suits your travel itinerary. You also can’t expect to be dropped off precisely at your final destination. The driver will get you to the town or city you’re going to, but they’ve no obligation beyond that—though they tend to be accommodating as possible.

Second, BlaBlaCar isn’t a side-hustle—or full-time job—for drivers to earn an income. Rather, quite possibly, it’s the purest manifestation of the sharing economy. Drivers take on passengers to share their gasoline costs and often to have some company on long-distance drives. It’s not designed for profit, it just helps cover expenses, making it a very affordable option for travelers.

My first experience with BlaBlaCar was getting a ride from Lisbon to Porto in Portugal. After arranging a lift a couple of days in advance, I met my driver, David, along with two other car passengers, at Lisbon airport.

As we chatted throughout the journey, he told me how much he was saving by using the app. “With tolls and petrol, the back-and-forth every week costs between $70 and $80.” But selling the two rear seats each way offsets those costs.

My contribution was $20, of which David kept $16.80 (BlaBlaCar takes a small commission). If I had used a train for the same journey it would have cost me nearly twice as much—a plane ticket, much more. I also wouldn’t have had such a great opportunity to chat with locals. Despite having agreed to the Porto’s central train station as my drop off point, we were enjoying that chat so much that David was kind enough to drop me directly to my hotel.

For me, BlaBlaCar make a lot of sense, particularly in Europe, when you want to travel between relatively close cities. Lisbon to Porto is only an hour by plane, but you have at least 90 minutes getting to the airport and through security, and easily another 30 minutes on the back end from the airport to your hotel. That’s three hours right there.

The one thing you need to be aware of when signing up to BlaBlaCar is because it has no U.S. presence, you can’t sign up with a U.S. address. I used a British postal code I found online, which wasn’t any issue.

With BlaBlaCar I got to see the countryside while getting to know the locals a little better. The fact that I had extra change in my pocket when I got to Porto made it all the sweeter.