Healthcare costs in the U.S. continue to rise. According to PwC’s Health Research Institute, medical costs look set to grow by 6.5% this year alone. Out-of-pocket medical expenses are one of the main reasons U.S. citizens go into debt, according to the Association of Healthcare Journalists. And with the average health insurance premium for a family topping $18,000 as of last year (up 58% since 2006), it’s small wonder that more than 11% of U.S. adults are still uninsured.

Fortunately, there are countries overseas where you can find a great retirement lifestyle…and excellent, affordable healthcare when you need it. The five countries below rank among the top retirement destinations in the world. You can more than halve your healthcare costs in all these places—without compromising on quality.

In these countries, you can get yourself fully insured from just $80 a month, see a specialist for as little as $30, and have surgery performed by a well-trained professional for half or less (often much less) of the U.S. price. All of which leaves you with a lot more money to enjoy everything these retirement havens offer. 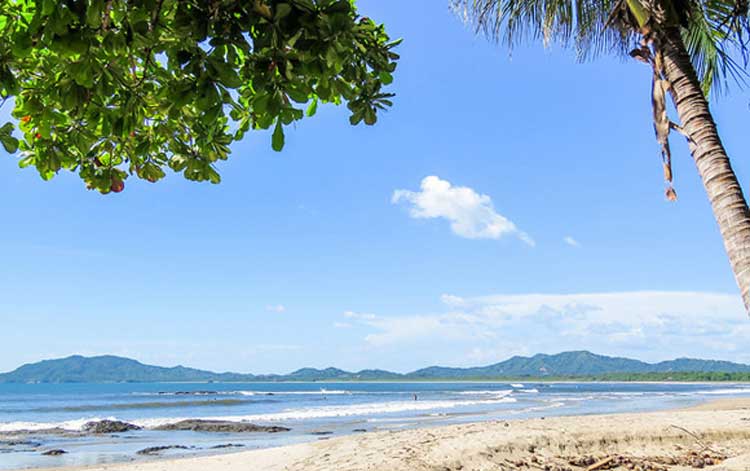 When Rob Evans’s retirement severance package ran out, decent healthcare for him and his wife Jeni was going to cost $18,000 a year in the U.S. “We simply couldn’t afford it. If we chose to stay there, I would have to get another job just to pay for healthcare,” says Rob.

That was until they discovered the wonderful (and highly affordable) healthcare on offer in Costa Rica. Here, with low-cost coverage “and much lower out-of-pocket costs for medicines and treatment of minor ailments directly from a pharmacy, we can satisfy all our healthcare needs for about $4,000 per year,” says Rob.

As a legal resident of Costa Rica, you are part of the Caja Costarricense de Seguro Social government-run healthcare system. For a low monthly fee based on income (typically under $100 per couple), you receive complete care.

But many expats also use private doctors and hospitals. Costs are low, with doctors’ visits running $50, so some expats choose to pay cash. However, although surgeries and hospital stays are half to a third of U.S. prices, a lengthy hospital stay or major procedure can still be costly.

Insurance is available, with local providers like Instituto Nacional de Seguros, as well as companies like BlueCross BlueShield Costa Rica. Depending on your policy, you may even be covered for travel to the U.S. or internationally. But there are exclusions based on age (the cut-off is usually 70 to 75) and for pre-existing conditions.

You can also use international insurance and travel insurance. Some facilities, including CIMA Hospital, Clínica Bíblica, and Hospital Metropolitana, in the capital, San José, take TRICARE through its overseas program.

Many expats use both public and private healthcare. That same specialist visit could be scheduled within days in the private system, costing $80 to $100 (it’s $50 for a general practitioner). The ultrasound could be done the same day for $75. It’s a hallmark of the fast and efficient service in the private system.

“We use a private doctor for primary care,” says expat Barbara Jones. “He speaks English and writes prescriptions through the Caja. We’ve both had EKGs and I had a mammogram at the Caja hospital in Grecia.” 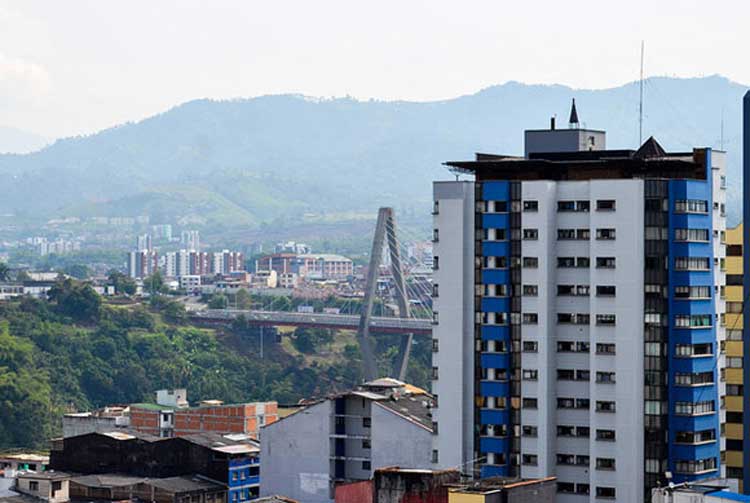 According to the World Health Organization (WHO), Colombia ranks 22nd in the world for quality of healthcare. That’s higher than Canada (30th) and the U.S. (37th).

“As a retired healthcare executive, I know what I’m talking about when I say that the quality of care for expats in Colombia is excellent,” says International Living’s Colombia Correspondent, Nancy Kiernan. “I have had laboratory tests, a mammogram, tests for cervical cancer, and a biopsy. In each case, the process was quick, the facilities were state-of-the-art, and most of the results were available online within a day or two.”

Foreigners who become residents of Colombia have the same access to health insurance as its citizens. If you are not older than 60 at time of enrollment, you can sign up for the public health insurance plan, EPS (Entidades Promotoras de Salud).

This basic plan is offered through a variety of administrative companies and covers doctors’ visits, hospitalization, lab tests, diagnostic tests, prescriptions, and even eye exams and dental cleaning. It is similar to a PPO (Preferred Provider Organization) in the U.S., meaning that you need to use the doctors and hospitals within the approved network.

If you are over the maximum ﬁrst-time enrollment age or want to supplement the EPS plan, there are private insurance companies that will cover you. The cost of premiums, services offered, and rules for pre-existing conditions vary from company to company.

Because the cost of healthcare services is so inexpensive in Colombia, many expats go the pay-as-you-go route and choose not to sign up for any healthcare insurance. A one-hour consultation with a specialist will run you about $50.

“I arrived with a pre-existing condition of cancer,” says expat Curt Noe, who lives in Medellín. “I expected to have a problem getting health insurance here, and was pleasantly surprised that I was completely covered by the national health plan (EPS) after only a six-month waiting period.” 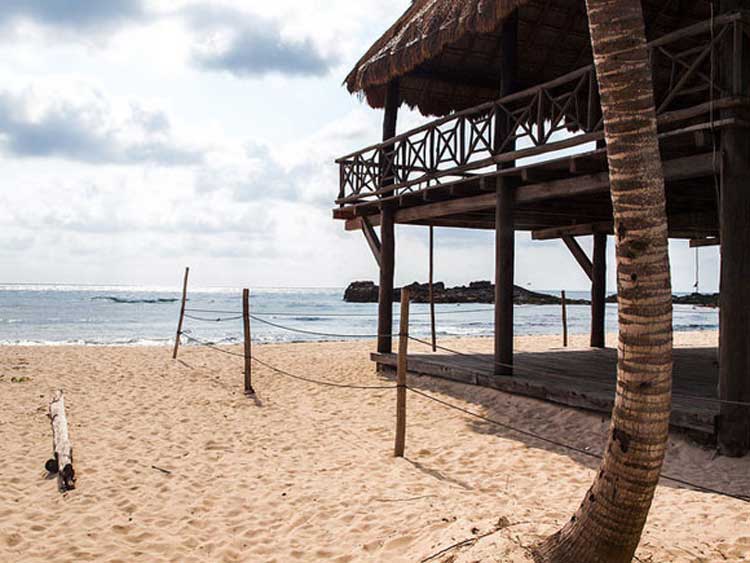 “When I moved to Mexico, one piece of emotional baggage I left behind in the U.S. was worry over the cost of healthcare,” says International Living Mexico Editor.

Though private healthcare in Mexico is a fraction of the U.S. cost, expats depending on it generally get private insurance to cover emergencies and costly procedures. GNP Seguros is Mexico’s largest private health insurer. Several other companies operate in Mexico, as well, including Bupa Mexico, a subsidiary of the U.K. giant Bupa Global.

Premiums vary, depending on your age, the coverage you choose, and your deductible. But expect to pay on average anywhere from about $1,000 to $3,000 a year for a policy. You can even get international coverage for emergencies as part of your policy, or as a rider to it. If you expect to travel frequently outside Mexico, or to visit family back in the U.S. or Canada, it’s worth asking about this.

You’ll need to show that you’re a resident of Mexico to get an insurance policy there. Insurers will want to see proof that you live there, such as a utility bill in your name. They may even ask to see a residence visa.

“In Mexico, I have access to two affordable healthcare systems: public and private,”

“While folks in the U.S. can legitimately worry that an unexpected, costly illness can deplete their nest egg, I don’t. Like other expats in Mexico, I can budget for healthcare: It’s a manageable expense.”

And the quality of care is excellent, with wonderful individual doctors and specialists, many top-notch hospitals, and cutting-edge technology. Many doctors in the private system have done part of their studies abroad, in the U.S., Canada, or Europe. Doctors’ visits usually run from about $30 a visit up to $45 or $50 for many specialists. 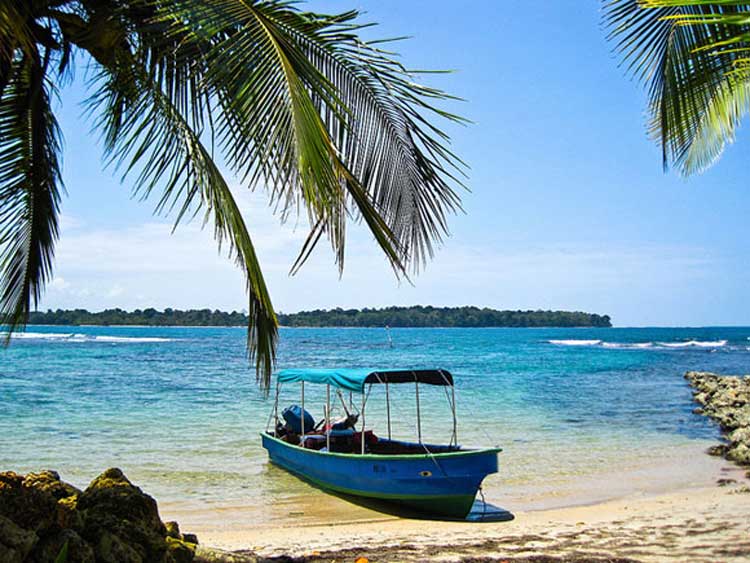 Panama is known throughout Central America for its top-notch private hospitals.

Hospitals and large clinics in Panama tend to have affiliations with their U.S. counterparts, from the Cleveland Clinic and Miami Children’s Hospital to Johns Hopkins International. Accreditations offered by the likes of the Joint Commission International (JCI) help highlight Panama’s high standards.

Though some expats in Panama choose to pay their medical expenses out of pocket, it’s best to have private medical insurance. Local plans, such as Blue Cross & Blue Shield of Panama, can cost as little as $80 a month. The cut-off age to apply for these plans is typically between 62 and 65.

Internationally underwritten plans are also available in Panama. These can cost anywhere from $120 to $250 a month and may offer coverage in other locations, not just Panama. It’s best to apply before age 70.

For anyone over 70 or with pre-existing conditions, a hospital membership may be the best option. These can cost $90 to $175 a month. They offer hefty discounts on consultations and treatment. And unlike insurance plans, they may offer limited coverage for pre-existing conditions after a waiting period of a year or two.

Expat Jennifer Blackstone, 60, pays about $65 a month for her hospital membership plan in the growing beach town of Coronado. “It’s like a major medical plan,” she explains. “It doesn’t cover as much as my plan in the U.S., but in Panama you don’t need a high limit.” 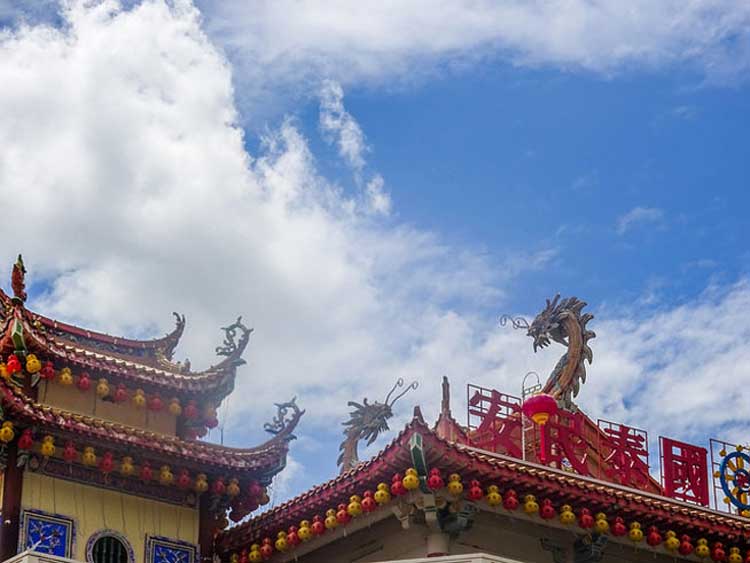 General medical insurance in Malaysia, should you wish to have it, can cost very little. “We pay $270 per person per year, and it covers us for a variety of ailments,” says International Living Malaysia Correspondent Keith Hockton, who lives with his wife Lisa in the city of George Town on the island of Penang.

“Malaysia is the best country in the world to get ill or injured,” says expat Justin Strong. “In the U.S., medical bills were sending us broke. But we go to the doctor here and don’t have to worry about how to pay him.”

George Town and Kuala Lumpur (the country’s capital), are the medical centers of excellence. Here you find the best doctors, nurses, surgeons, and dentists in Southeast Asia. Most of them have been trained in the U.S or the U.K., or at the very least have completed their post-graduate studies there.

Due to its British colonial heritage, Malaysia is also English-speaking. There’s a lot to be said for being able to converse with your specialist of choice in English. But the best part? No waiting lists. Seeing a doctor or specialist is as simple as turning up, registering, and waiting for them to see you. 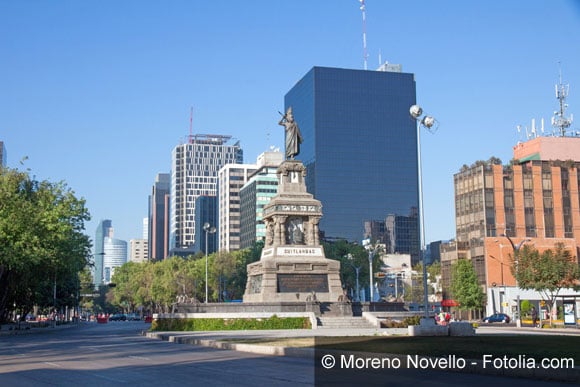 For most folks looking to move abroad, healthcare is a huge consideration. You want care at least as good as what you get at home…but preferably without that U.S.-sized price tag. But how can you judge which doctors and hospitals are good in another country? 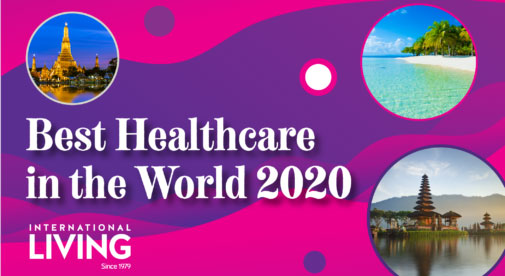 Healthcare is one of the most important factors potential expats consider before moving abroad and in the right places overseas it’s possible to access world-class care for a fraction of the cost back home...