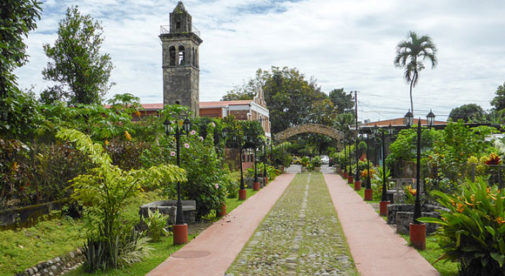 The city of David, in the Chiriquí Province of western Panama, is Panama’s third largest city and most affordable. David has the infrastructure of a modern First World city but with a charming small-town atmosphere.

I’ve been living in Panama full-time since 2005, and one of the best things about life here is the medical care. I’m not the only one who thinks so, either. Over the years I’ve met dozens upon dozens of expats who were deeply impressed by Panama’s healthcare.

International Living editor Dan Prescher was able to experience Panama’s modern, affordable healthcare for himself when he visited an eye doctor in Panama City. Dan liked the doctor and the modern facility, so he signed up for laser eye surgery. He estimates he saved up to 50% by having the procedure in Panama instead of back in the States.

Expat resident Linda McKee says she likes the personal attention she and her husband, Eric, have received in Panama: “Have you ever called a doctor in the U.S. at home on a weekend? My husband Eric and I had never had the pleasure…until we came to Panama. And we’re not the only ones—most of the expats I’ve met agree that the personalized healthcare in Panama is excellent.”

You’ll find excellent hospitals in popular towns like Panama City, Chitre, and David. The country is so small, you’re unlikely to be more than an hour or two from a major hospital. Smaller facilities, dental clinics, and other practices dot the country, offering even less expensive care than hospitals.

Take for example expat Linda Card, who has lived in David for over five years with her husband Al. “In Panama, you can find the best of care at a fraction of what you’ll pay back in the U.S.,” she says. “Your doctors will often speak English, and they are far easier to access than back home,” she adds.

“My healthcare experiences here range from routine lab tests to extended hospital stays. Recently, Al spent two weeks in Hospital Chiriquí in David. He had a semi-private room, which was kept spotlessly clean.” In addition, Linda and Al found the nursing staff to be professional and attentive. “We were billed just $60 a day for the room,” says Linda. “For everything we got, I expect we would have paid 10 times as much in the U.S.”

Why Panama Healthcare Gets Rave Reviews

Many doctors in Panama speak English and are U.S.-trained. Not only that, but the standards at the top hospitals in Panama compare favorably with those in the U.S., Canada and Europe. The large, First World hospitals in Panama City are affiliated with facilities in the U.S. In fact, the gleaming new Punta Pacifica Hospital is affiliated with the prestigious John’s Hopkins International and considered one of the region’s most technologically advanced facilities.

Private health insurance in Panama is accessible and much less expensive than insurance in the U.S.—another reason doctor’s fees and hospital visits are much cheaper here. Add to that a non-litigious society and medication priced for the region, and you have a winning combination that keeps costs low.

We Don’t Worry About Healthcare Costs In Panama

5 Countries With The Best Healthcare In The World