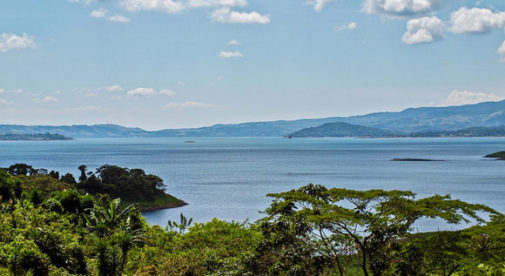 Located about three hours northwest of San José, Costa Rica’s capital, the Arenal region has been drawing eco-minded travelers in search of opportunities in wildlife watching, jungle hiking, water sports, and other activities for decades.

But in recent years it’s become much more than a tourist destination, attracting an increasing number of expats interested in making permanent homes here. The area is dominated by the 33-square-mile Lake Arenal. Also, looming above the landscape at the east end of the lake, is the 5,479-foot Volcan Arenal, a cone-shaped volcano that is active but not dangerous. (A side benefit from the volcanic activity is that thermal hot springs abound in the area. The mineral-rich waters, naturally heated to upwards of 100° F, are said to have medicinal properties in regards to arthritis and other ailments.)

It must be noted that, while development in this area has increased, it is far from overdeveloped or overrun. The character of the area remains rural and quiet; the pace of life slow. And all the factors that make Arenal so popular with visitors and long-term residents alike remain in place. Below are five reasons to move to Lake Arenal.

Arenal does get its share of hot days, but for the most part the weather year-round in the area can be described as “spring-like.” Comfortable daytime temperatures in the 80s…cooling off at night. Most people here do not use air conditioning. Instead they open windows and sliding doors to bring in fresh air and cooling breezes.

The great weather means a lot of living and entertaining is done outdoors—in tropically-landscaped gardens, terraces, or back porches. Expats here eat meals outside, enjoy that first cup of coffee in the morning overlooking the lake, and watch sunset over a glass of wine.

There can be heavy rains here at times. This is the tropics. But most expats welcome the water because it nourishes the vegetation and really brings out the different shades of green in all the trees and other plants.

The centerpiece of the Arenal region is the lake. Gently sloping green hills, dotted with homes, cascade down to the water. The land alternates between field, forest, and village. The region is still quite rural, with plenty of wild areas and green space, including a large national park surrounding the volcano.

The lake is pristine. The shoreline is mostly undeveloped. In fact, regulations severely restrict any building or development on the water’s edge. As a result you get unspoiled views and no shoreside condo buildings, big resorts, or busy marinas. And that’s not going to change any time soon, and not only because of the rules. Most developers understand that a big part of the appeal of the area are the views, so they’re not going to mess with that.

Created by flooding a river valley in the 1970s, the hydroelectric plant—unobtrusive, by the way—at the east end used to provide most of Costa Rica’s electricity. It’s been joined by other forms of renewable energy.

You can boat on the lake. There are boat ramps in a few spots and small marinas with floating docks at some developments. Fisherman stalk the guapote, or rainbow bass. And pleasure cruisers also ply the waters. But for the most part it’s quiet, without much boat traffic. On any given day there might a dozen craft on the water. Kayaking is also popular, as is windsurfing on the northwest end, which has steady winds from October to May. 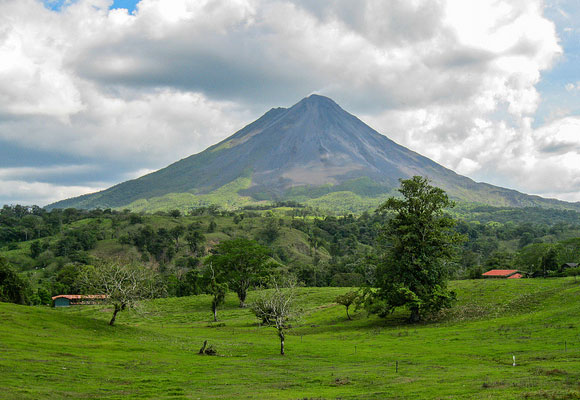 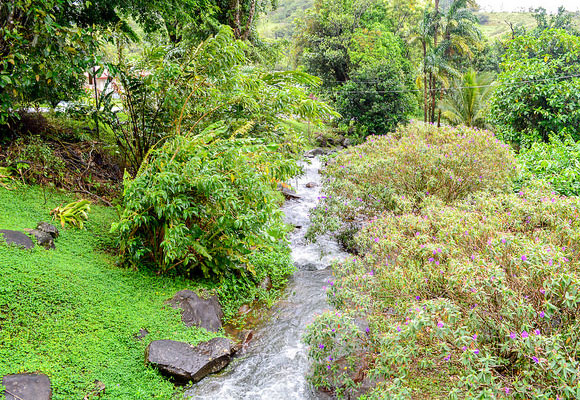 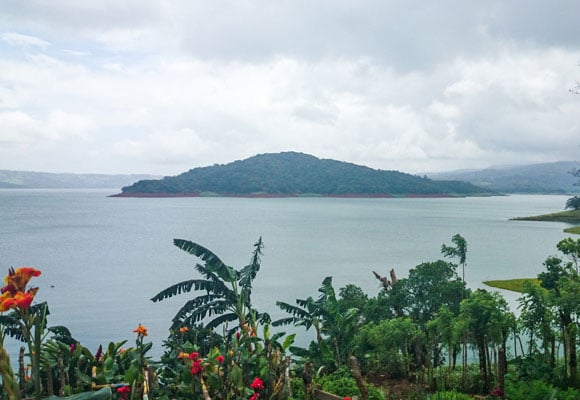 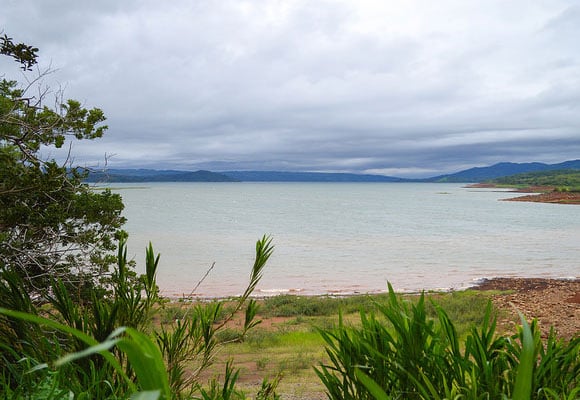 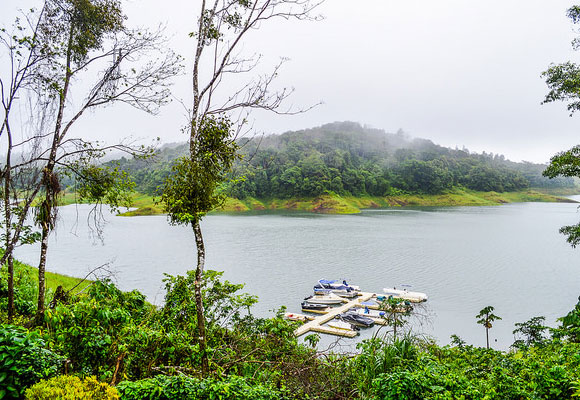 <
►
>
At the east end of Lake Arenal there is the 5,479-foot cone-shaped volcano that is active but not dangerous.

The people in Arenal are another factor that makes this place special. As with the rest of Costa Rica, Ticos are warm and friendly, welcoming of their new neighbors. And the relatively small expat community is tight-knit. There are a few favorite watering holes and restaurants, including Gingerbread, which offers family-style gourmet dinners. But most expats gather in the homes of friends for informal get-togethers, books clubs, card games, and other activities. In many ways, it’s the type of community where everybody knows everybody and newcomers are welcomed into the fold with open arms.

Most expats (and new development) are concentrated around Nuevo Arenal, a small village on the northern shore of the lake at about the midway point. Here you’ll find everything you need for daily life: pharmacy, medical clinic, bank, gas station, grocery stores, restaurants…perfect for everyday shopping and errands. Expats can also be found on the opposite shore, in and around the towns of Tilaran, San Luis, and Tronadora. Most foreign residents tend to be retired. A majority are from North America, but you can find expats of many nationalities here as well.

Though Arenal is increasingly popular among retirees and other expats, buying or renting a home remains affordable, especially considering the inspiring lake views and quiet rural setting. Several gated communities can be found along the narrow two-lane road that circumnavigates the lake. But individual homesites can also be found. Homes on the shore with views of the lake and surrounding countryside are the most desirable. But you can also find homes in the jungle and lots in remote areas with waterfalls, private hot springs, and more.

Many homes are designed to maximize an outdoor lifestyle, with large covered patios and smaller interior living areas. And large windows facing the lake are also popular. One recent listing featured a four-bedroom lake-view home on 2 ¼ acres for $189,000. A fully-furnished two-bedroom home on the lake shore, with community amenities like boat storage and floating dock, tennis courts, horse stables, and pool is available for $215,000. And there are some very low-priced properties, too, like a one-bedroom cottage for just $49,000.

If you’re interested in acreage, there are also many large properties available. About 15 minutes from the lake there is 215-acre parcel in the jungle with river, springs, and primary rain forest for $250,000. It has access to utilities and has access to a main road. It could be a great site for a home…or your own eco-lodge.

On the rental side, there are plenty of options that allow you to try out life on the lake with a long- or short-term lease arrangement. A furnished two-bedroom near the town of Nuevo Arenal rents for $850 a month—that includes all utilities. Another two-bedroom, this one with a lake view, will run you $650—and you can walk to the lake, too. See here for more property details.

In Costa Rica, expat couples report being able to live on $2,000 or less per month, including transportation and housing costs. The affordable real estate is a big factor in the low cost of living in the Arenal community in particular. Not having to use air conditioning cuts down on electric bills and water rates are low, just as the rest of the country. High speed Internet, bundled with cable TV (including premium channels like HBO), runs about $60 to $80 per month, depending on the Internet speed and cable package you choose. Many channels and shows are in English.

A major way to cut down on expenses is to shop and dine like a local. That means getting your fresh fruits and veggies, as well as seafood, chicken, eggs, honey, and other “whole” foods at the local farmers’ markets. Avocados, for example, are four for $2. A papaya as long as your forearm will cost you 75 cents. A head of lettuce, 50 cents. Most couples report spending about $30 per week at the market.

As far as lunches and dinners out, there are plenty of restaurants offering American-style food, as well as Tex-Mex, Italian, and other world cuisines. But those places tend to be at U.S. prices or more as they cater to the tourist crowd primarily. In-the-know expats eat where they locals eat: the soda, a small, usually family-run restaurant that serves typical Costa Rican food. The national dish, the casado, features rice, black beans, plantains, cabbage or green salad, a casserole, and your choice of fish, beef, pork, or chicken. It’s a tasty and filling dish. Other popular menu items are the olla de carne, a beef and vegetable soup, and arroz con pollo, chicken with rice cooked with a savory spice blend.

Everything you need to Know about Retiring in Costa Rica