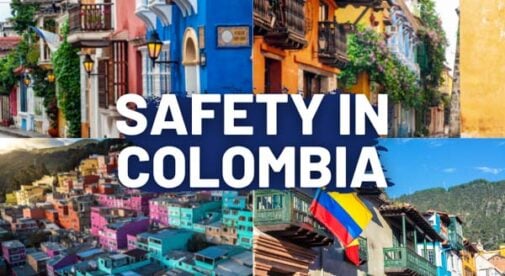 Many people have an outdated perspective of life in Colombia. The dark days of Pablo Escobar and the drug cartels that are still portrayed in the Netflix series Narcos, are long gone. However, the question of safety in Colombia remains constant. So, from someone who has lived in the country since 2012, let’s get right into it and I will address the most burning issues.

In general, yes, it is safe to live in many parts of Colombia.

Colombia’s President Juan Manuel Santos and Rodrigo Londoño, the leader of the paramilitary group known as the FARC, signed a peace agreement in November 2016, ending a 52-year civil war. The disarmament process and the implementation of the details of the agreement will take several years to complete.

Living in Colombia is safer than in many other countries around the world. As a matter of fact, Bogotá and Medellín, the two largest cities in the country, rank safer than quite a few U.S. cities according to the 2018 Numbeo Crime Index.

Like any country around the world, there is crime. However, in the expat-centric areas, it tends to be crimes of opportunity such as pick-pocketing in crowds and theft of unattended items (cellphones, backpacks, handbags). The local expression “no dar papaya” loosely translates to “don’t make yourself a target.” So, it is best not to wear expensive jewelry or watches, flash large amounts of cash, or walk around late at night in untraveled or unlit areas. If you are confronted by someone who wants what you have, just give it to them. Resisting will most likely cause you more harm. Your cellphone just isn’t worth it.

Is it Safe to Travel in Colombia? 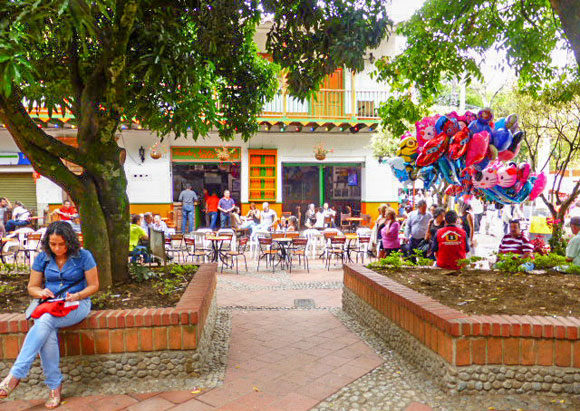 Three million people came to visit Colombia in 2017 as tourists. That represents a 24% increase over the previous year. In 2017 and 2018, TripAdvisor, the New York Times, Lonely Planet, and Frommers have all recommended visiting Colombia.

Once you get here it is safe to travel around most of the country. Within cities the buses, taxis, Uber, and the metro system are reliable especially in daylight. At night, caution should always be used and be aware of who is around you. Avoid hailing a taxi on the street unless you are in an area you are familiar with and it is daylight. It is much better to call a taxi or use one of the many apps such as Easy Taxi, Tappsi, or Uber as there will be a record of which taxi picked you up.

Traveling long distances between cities by bus is safe if you use well established bus companies and are taking regularly traveled routes. Heading out into the countryside that is sparsely populated is not recommended. Due to the mountainous terrain throughout most of the country, the majority of people fly between major cities. The transit time is much faster, and the trip is more comfortable.

Is Drug use allowed in Colombia?

As in practically any city in the world, illicit drugs do exist in many parts of Colombia. Cocaine is still illegally grown and exported to countries around the world including the U.S. and Canada. It is not obvious in most of the country. So, if you aren’t looking for it, you won’t find it.

Medical use of marijuana is legal and there are several companies licensed to grow and sell it. Colombia hosts an international symposium for medicinal marijuana which includes academic and clinical presentations as well as a vendor’s area for oils, shampoos, and other products containing cannabis.

Is Prostitution Legal in Colombia?

Yes, prostitution is legal in Colombia, however pimping is not. The larger cities will have more activity than the smaller pueblos (towns). There are brothels known as “casas” scattered around the cities. Also, women may solicit you in bars and clubs in the more upscale areas of the cities. A few years ago, the business communities in Medellín, Cali, and Bogotá launched a “say no to sex tourism” campaign. Many of the restaurants, hotels, and clubs have signs outside their establishments denouncing the practice.

What areas would you avoid in Colombia?

The rougher neighborhoods in Medellín include Communa 13, San Javier, el Centro, and Santo Domingo. Gangs still exist and are territorial. They don’t want anyone (including lost foreigners) invading their turf. Cali has its tough sections too. These include the hillside Siloé neighborhood and practically the entire eastern section of the city. Much of the Pacific coast area around the port city of Buenaventura is quite rural and not any place you would want to live.

Every city in Colombia has its good and not-so-good areas. Investigate the city and talk to expats who live there to help you determine which areas are safest.

A Guide on Medellín, Colombia

The 10 Best Things to do in Colombia