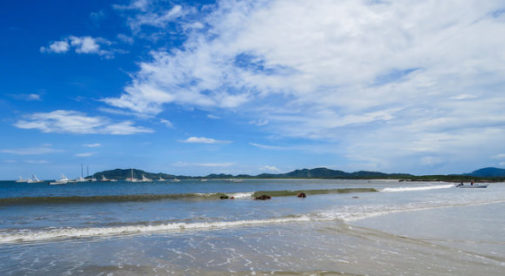 “I’m going to write a book about living in Arenal,” Christine Baskin told me. “And I’m going to call it 50 Shades of Green. I mean, just look at all those colors,” she exclaimed as we drove around the huge Lake Arenal.

Rolling emerald green hills, dotted with houses and flowers of vibrant reds, purples, and oranges come to meet the shore of the glittering lake. Even having lived here for two years, the dramatic surroundings of Lake Arenal are still a thing of wonder to Christine.

Right now I’m in Costa Rica, checking out some of the expat favorites…Arenal was my first stop. It’s a place that’s been attracting expats for years. And it’s not hard to see why.

The cool temperate weather is a huge draw. “The beach area was too warm for us”, Nancy Key told me. She and her husband Gary moved to the area almost five years ago and love life here. They bought a two-bedroom house (they’ve since added an extra bedroom and a pool) up on a hill, overlooking the lake for $180,000. And what a view they have. Take a look… 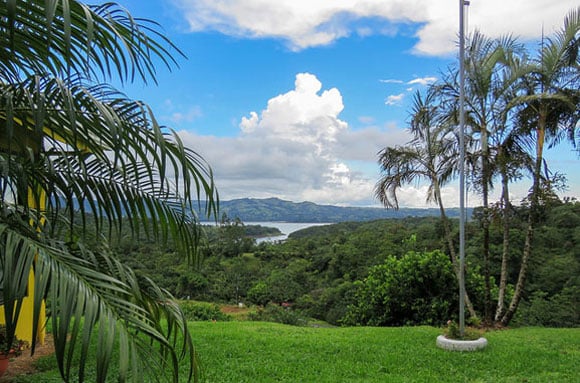 Next up I headed west to the Pacific Coast and caught up with IL Correspondent Jackie Minchillo in her beach town of Tamarindo. This funky, little town is a mecca for surfers and beach lovers. The long beach is perfect for strolling, people watching, and stopping in at one of the beachside restaurants for lunch.

Jackie says that although the cost of living here is a little higher due to the fact that it’s a tourist town, it still delivers great bang for your buck (her and her husband, Junior, live on half what they used to spend when they lived in Chicago). She took me to a small, locally owned Mexican restaurant called La Bruja Ines for dinner where the three of us ate delicious beef and chicken filled tacos and quesadillas, along with a generous glass of wine each for just $44. 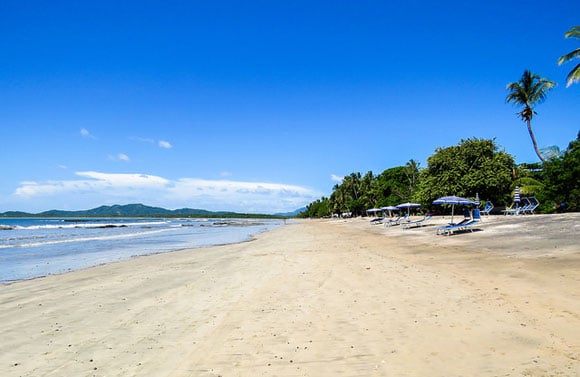 If the beach isn’t your thing, but small-town living is, then Costa Rica’s Central Valley could be the place for you. Atenas, about a 25-minute drive from the capital of San Jose is a quaint town where life revolves around the pretty town square. Everything you need for a comfortable life is here…grocery stores, hardware stores, cafes (try the Russian cheesecake at the expat-owned El Balcon, you won’t regret it), clothing stores, a feria (famers’ market held every Friday and Saturday).

Shannon Farley has lived in Atenas for over 10 years and as she drove me around some of the popular expat neighborhoods, she told me that she loves the fact that Atenas is small, that’s part of its charm. The expat community here is varied…Germans, British, and Italians join the already strong U.S. and Canadian contingent.

And then there are the views from the hills around Atenas…some of the most breath-taking I’ve seen anywhere in the world. From one spot you can see San Jose way off in the distance and from another, the Pacific Ocean can be seen peeking out from behind the coffee-covered hills. 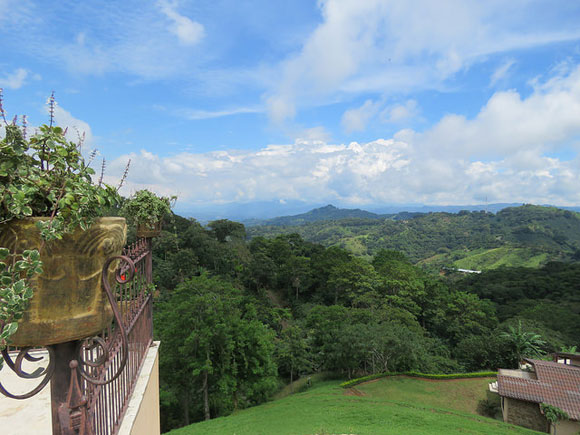 Costa Rica really does have so much to offer…a climate to suit all tastes, friendly people (both expats and Ticos), a truly laidback lifestyle, a natural beauty that can only be marveled at, and a place that for the many expats I talked to, is truly home.

Everything You Need to Know About Retiring in Costa Rica