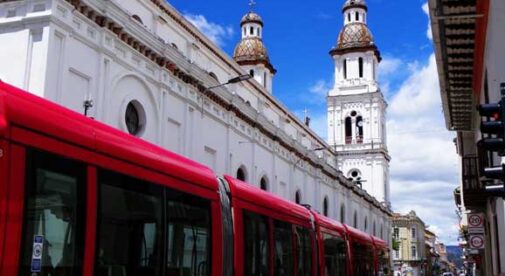 Big questions for all soon-to-launch expats…

Will I enjoy my destination of choice?

Will I enjoy it upon arrival?

Before my husband Jon and I left the States on our extended travel journey, we first considered a long stay in Ecuador. We were excited about the idea of taking our remote jobs on the road and reducing our monthly expenses by more than 60% by staying in more affordable countries. While we loved living in downtown Seattle, our expenses had doubled to more than $3,000 a month for a 2/2 apartment during our nine years in the Emerald City. The idea of moving to a country where the rent would be less than $1,000 per month was appealing.

Traveling and saving money was a new concept for us!

While Jon was willing to throw a dart at a map and head off to wherever it landed, I had more practical concerns. Would it be safe and easy to get around? Where would we shop for meals and supplies? Would we find cultural opportunities to explore? Most importantly, though, would I feel comfortable there?

The last thing I wanted was to go abroad and not be as excited as Jon. So, it was important to me to schedule a scouting trip to get a first-hand experience of Ecuador. Jon understood my comfort was a priority, especially since we were moving out of our comfort zone in every way—where we lived, how we worked, and how we spent our free time would be completely different.

Before we left, we did a ton of research through International Living, reading accounts from people who already lived in Ecuador or spent extended time there. I felt good about what I read, but I needed to touch it, taste it, and breath it myself.

Three things I experienced during our visit struck a chord with me, reassuring me that our journey to Ecuador wasn’t going to be as foreign as I thought it would:

1. People Are People No Matter Where You Go

Usually, when we take two-week vacations, we whisk through tourist experiences to check off bucket-list items. This trip was different because I wasn’t a tourist. I was a prospective resident. So, I spent more time focused on daily life during our time in Cuenca and Quito.

The people were very friendly, and it was apparent immediately that family values are extremely important to them. It was normal to see entire families at the grocery store on a Friday night or communing around a makeshift supper table in a garage on a weeknight.

I realized quickly that we all have a desire to feel connected no matter where we live in the world. It was refreshing to see so many people truly engaged with their neighbors. The community pride was flowing in Ecuador, and it felt genuine and heartening.

And if you’re concerned about being a small fish in a big pond, know that Cuenca’s expat community is significant. There are plenty of places that cater to expats and tons of ways to connect with people who speak English.

2. Ease of Moving Around

Cuenca is smaller and a snap to navigate compared to Quito. Taxi cabs are everywhere, and most rides are only a few dollars from one end of town to the other. If you choose to live in or near old town Cuenca, everything is walkable. There are large grocery stores with supplies we’re used to back home and smaller tiendas around every corner (think convenience stores in North America).

Quito, on the other hand, is massive. But with Uber readily available, we didn’t have an issue getting around. It was secure and we never had to worry about explaining where we wanted to go.

Each neighborhood in Quito has its own restaurants and stores, so I felt that everything I needed was just a short walk away.

Quito is vibrant in a way all major cities are throughout North America. Living in Seattle, we found Quito to be no different in its big-city infrastructure. It was different because we were in another country, but it was similar because it had all the urban resources we’re accustomed to. It wasn’t as unfamiliar as I thought it would be.

I had every intention of learning more Spanish before kicking off our journey because I believe it’s important to speak the local language wherever you choose to live. However, a lot people spoke enough English that I felt comfortable cobbling together simple conversations. By the end of our two weeks in Ecuador, I was confident that learning the basics would serve me well.

A little tip: If you make the effort to speak Spanish, people will attempt to speak a little English, too. In fact, we found a lot of people wanted to practice their English with us. This doesn’t mean you don’t need to know the fundamentals, which is why I purchased the Warren Hardy Spanish course through International Living after returning from our trip. I dove into the course and learned tons of language “hacks” so I could engage with locals when we returned.

Speaking of returning, we did just that about a year-and-a-half after our scouting trip, spending six weeks in Cuenca and six weeks in Quito. We opted to travel throughout Central and South America, staying for months at a time in each country vs. a longer stay in one location. The best part? The lessons learned (and comfort gained) during our scouting trip to Ecuador have applied to every country and city we’ve visited since.