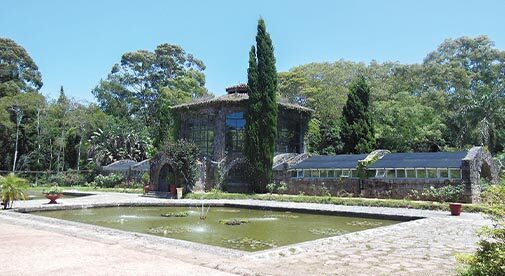 If you can tear yourself away from the beach, there’s lots to discover in Uruguay’s interior. © David Hammond/International Living

When life gives you lemons, make lemonade. And if it gives you hot water, well, jump in. In the 1940s and ’50s, the government of Uruguay explored for oil in the northwest part of the country in and near the Department of Salto. While they didn’t find the deposits of crude they were hoping for, they did discover something else of value: the hot mineral-rich water of the Guaraní Aquifer.

In the following decades, hot spring parks and resorts sprouted near the well sites, developing to satisfy a range of vacation preferences. The upshot is that, whether you’re looking for a budget-friendly getaway, a resort hotel experience, or a memorable vacation with the grandkids, you’ll find it in Uruguay’s Department of Salto.

The Daymán Municipal Thermal Park is where I usually go. It includes seven pools, a variety of water-massage showers, plus three shallow children’s pools. It’s located in the southern part of the Salto Department in the village of Termas del Daymán (population 356). The water here comes out of the ground at around 113 F. However, I make my base in the city of Salto, with its well-kept plazas, bustling main street, and picturesque riverfront. It gives me more choices of things to do and places to eat after my hot spring hydro-shower and long soak.

I like the Hotel Español on Brasil Street. It’s a modest, well-run place close to Salto’s centro. If they have room, they let me check in early at no extra charge. (I usually arrive on an overnight bus from Montevideo.) I pay around $50 per night, which includes a simple breakfast. And a city bus to Termas del Daymán stops right by the hotel, costs about $1 each way, and makes a round-trip every hour.

As for the springs, admission for adults at the Daymán Municipal Thermal Park is $3.60, but you can get even better bargains. If you stay at a nearby hotel, it’s just $2.40.

If you’re a retiree, the springs cost under $2.

If you’re looking for a more upscale vacation, you’ll find three resort hotels in the Department of Salto. One is the Hotel Horacio Quiroga. It’s just 10 miles north of the city of Salto. This lakefront property offers indoor and outdoor thermal pools, hydro-massages, bicycling, horseback riding, tennis, and cooking classes.

This area is known as Termas de Salto Grande because it’s by the Salto Grande Dam on the Uruguay River. The water is 113 F, the same as at Termas del Daymán.

Fifty-three miles northeast of the city of Salto is the village of Termas del Arapey (population 184). Here you find the Arapey Thermal Resort and Spa. Besides thermal pools and the spa, this park-like resort offers tennis and horseback riding. An all-inclusive option starts at around $250 per night per couple.

Also in Termas del Arapey, you find the Altos del Arapey, a true 5-star resort hotel. In addition to thermal pools and a spa, Altos del Arapey brags a spacious 18-hole golf course. An all-inclusive package here starts at $300 per night per couple.

The Daymán Municipal Thermal Park and the three mentioned resorts are all family-friendly. But your grandkids may prefer a couple of thermal water parks that offer more active forms of recreation.

One is a private 5.7-acre water park called Acuamanía, located next to the Daymán Municipal Thermal Park in Termas del Daymán. Jump in and enjoy 59-foot-high waterslides, an artificial river channel you can float down on an inflatable tube, and hydro-lounges. A day pass here is around $12.50 for adults and $9.50 for kids under 10. The other park is Aquatic Park Termas de Salto Grande. It’s 10 miles north of the city of Salto and just a mile from the Hotel Horacio Quiroga. Features here include waterslides, a pool with an island, and a 174-foot-long artificial wave-making pool. General admission is $11, and $9.50 for kids under 10. If you’re a guest at the Hotel Horacio Quiroga, transfers and admission to Aquatic Park Termas de Salto Grande are free.