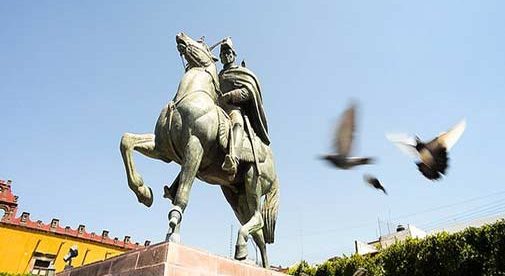 Our move to Ecuador back in 2012 was our first expat experience, but it wasn’t to be our last. Ecuador’s climate was perfect for us, and the people were friendly and accepting. In fact, our move to Ecuador was the ideal place to begin our expat lives. But, after two years, our confidence had grown, along with our Spanish language skills, and there was more of the world to see. It was time to go, and the Caribbean coast of Mexico was calling.

We have all experienced change in our lives and usually, the bigger the change, the greater the stress. Certainly, one of the biggest changes my wife Diane and I have experienced was to leave the U.S. and move to another country. We were driven by the need for increased monetary security, as we had taken a big financial hit in 2008-2010, and our ability to recover and salvage our retirement in the U.S. was bleak.

We sold or donated every possession, save for a few suitcases of clothing and a couple of boxes of essential stuff. And to further complicate things, we moved to a country we had never visited, opting to save the multi-thousand-dollar expense a visit would have consumed. We relied solely on our extensive research and the advice of Facebook friends already living in the area we had selected for our new home.

As a former military guy, I was accustomed to being told where to move and given no choice in the matter. I never heard, “Hey, Murray, go take a look at Vietnam and let us know what you think.” I had learned to bloom where I was planted, and Diane had a strong sense of adventure. Together, we reasoned, we would make this work.

In fact, we determined (like the Spanish explorer Cortez) that we would “burn our ship” once we landed. There would be no returning to the States when we were scared or discouraged (which we figured would happen along the way). We were committed. And that attitude served us well, especially for the first six months, as I was a bit overwhelmed with it all, especially the language barrier. Diane didn’t struggle with any of it.

We never came close to surrendering. In fact, we loved it. Admittedly, once or twice, when I was really struggling with Spanish, I momentarily allowed the thought of returning. But I never said it aloud. Despite our pledge, we both always knew we could always catch a jet back to the States, although there was nothing there for us. But our pledge held us closer to our target of living overseas. We were braced for the initial challenges and did not want to surrender during our early adjustments. Overall, things went very well.

You should consider your first year in your new country as an engagement, as if you were considering marrying your new country. There will be an initial romance where you fall in love and tend to overlook or diminish any flaws. Then, once you commit to the engagement, you will fiercely defend your choice against any who may question you.

After all, you made this huge decision with much consideration and certainly wouldn’t want to broadcast that things were less than perfect, right?

During your first year, give your new country a thorough test drive and be brutally honest with yourself. Look for the areas of discomfort where your compromise is possible, because the country and culture you have chosen will not change.

But what if you make the move and truly hate your decision? What if you simply aren’t up to the task of learning a new language and are miserable without your regular brand of coffee and peanut butter? What if you’re missing your favorite television programs, or the distance of friends and family is taking a toll? What are the options if you go through the lengthy process (emotional and logistical) of making an overseas move only to discover that you simply can’t make it work? What if you’ve spent a year or more doing your best, but the joy you anticipated just isn’t there? In fact, you are miserable. What then?

The answer is, you move again. You break up, ending the engagement. But if that should be the case, you will have learned a ton about yourself and living in a foreign country. You will have had a splendid adventure and you are now much better prepared to take another shot. And that doesn’t necessarily mean moving back to the States. There are many other wonderful countries to consider and your list of wants, needs, likes, and dislikes is now more refined and…you are experienced.

The life of an expat is a life of adventure. Despite your research, moving abroad is like jumping off a bridge and learning to fly on the way down.

You are an explorer where there are no wrong turns and no particular way to make it happen. In fact, some expats, intentionally or not, spend their retirement years moving through several different countries. And yes, some return to their home country and that is perfectly fine.

You have a relationship with the place where you live. When that relationship is no longer bringing you the life you want or, in fact, is a detriment…break up and move on.