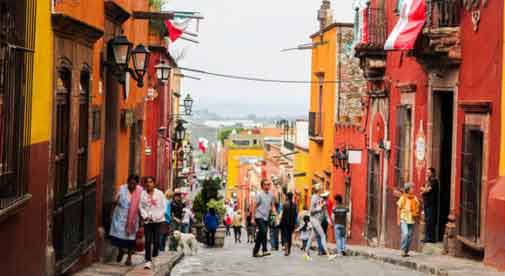 Mexico is not only the nearest destination abroad for U.S. and Canadian expats; it is also one of the most popular. More than a million expats are estimated to live in Mexico full- or part-time…the largest concentration of North American expats anywhere in the world.

Of course, it helps that Mexico is also one of the largest countries in the Americas, offering just about any climate, geographical landscape, and lifestyle you might want. As a result, you’ll find expats scattered all over Mexico. But some places have proven to be especially popular, with an appeal that makes them stand out from the crowd.

Here are five Mexico destinations where the living is easy…and any one of them could be your perfect expat home. (Plus a few places you may want to cross off your list.)

For many North Americans, say “Mexico” and they think of white-sand beaches. That’s not surprising. Mexico has nearly 6,000 miles of coastline, much of it beautiful beach. If you’re looking for a beach lifestyle, Mexico will have you spoiled for choice.

For classic white-sand beaches and turquoise waters, it’s hard to beat Mexico’s Riviera Maya. This 80-mile stretch of coast runs along the Yucatán Peninsula from Cancún to Tulúm. Little beach towns are scattered all along the coast…and one—Playa del Carmen—has grown to become a city. One of the fastest-growing destinations in Mexico, Playa, as it’s known locally, offers a laidback beach vibe…and the upper-end shopping and restaurant scene of a larger city.

To enjoy small-town (but upscale) beach life on this coast, head to Tulúm. Once the domain of backpackers, Tulúm today attracts fashionistas and other trendsetters who come to get away from it all. Today you’ll find rustic, palm-thatched palapas alongside gourmet restaurants here…and a beach that’s considered one of the world’s most beautiful. 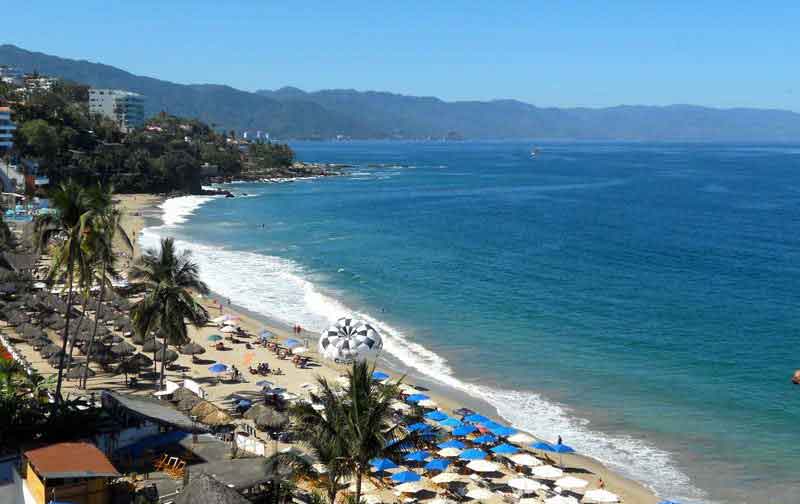 Puerto Vallarta, on Mexico’s Pacific Coast, has been an international beach resort for more than 50 years. Once a small fishing village, today the greater Vallarta area stretches for nearly 30 miles along the shores of Banderas Bay, one of the world’s largest bays. This area offers pure First-World living, with shopping, restaurants, and real estate at every price point; an international airport; and a large, international expat community. Beaches and a long malecón (esplanade) border large swaths of the city. But Puerto Vallarta offers so much to do—from zip-lining and horseback riding in the hills, to fine dining and recent film releases in town—that you’ll have plenty to do, even if you never put a toe in the water.

If you want big-city life with the beach a short distance away, there’s Mérida. Capital of the Yucatán Peninsula, this city of nearly a million residents lies about half an hour from the Yucatán Gulf Coast. Small villages dot this placid coast. This is where Mérida’s middle-class families have summered for generations. Today expats have joined them, but many towns still have a family-oriented feel. Don’t look for boutique shopping or dining here, but if you’re seeking a laidback beach life at still-low prices, you can find it here. 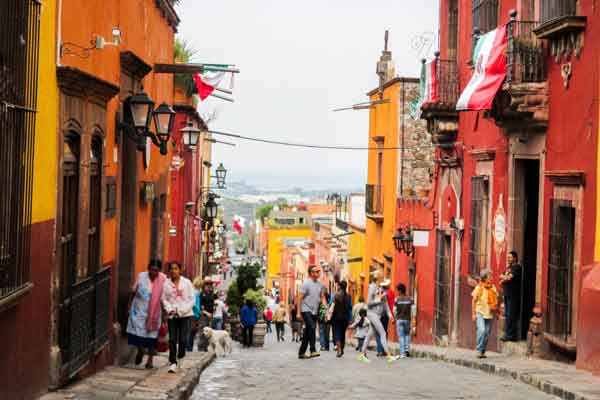 Not everyone wants to live on the beach…. If you prefer temperate weather and Spanish-colonial style, then Lake Chapala or San Miguel de Allende, both in central Mexico, may fit the bill. Lake Chapala has an enviably near-perfect climate—spring-like almost all year—and a large, diverse expat community. And being near Guadalajara, Mexico’s second-largest city, means easy access to its international airport and excellent medical facilities. San Miguel, about three hours north of Mexico City, is a beautifully preserved Spanish-colonial town that offers art galleries, gourmet restaurants, a wealth of arts and crafts, and a large expat community.

Places to Skip in Mexico

No country is perfect, and Mexico has gotten more than its share of knocks. But yes, some parts of Mexico should be avoided, while others are just not worth your time.

Some Mexican states bordering the U.S.

Notably Tamaulipas, Coahuila, and Chihuahua—have vast, empty interiors where you can be at the mercy of accidents and bad weather. If you’re looking to drive down into central Mexico or farther south (and many expats do), consider checking routes through other Mexican states like Nuevo León, Sonora, and Baja California.

Acapulco was once one of Mexico’s top beach resorts, but age and scattered violence has dimmed the city’s glitter. If you want to stay on the beaches of Acapulco’s home state, Guerrero, head north to Ixtapa-Zihuatanejo.

Finally, Tabasco may be a famous hot sauce, but the Mexican state is largely humid, low-lying land. It’s the boring, often wet stretch you’ll pass if you’re driving from central Mexico to the Yucatán Peninsula. Tabasco’s capital, Villahermosa, is a major business city, headquarters of Mexico’s oil industry and home to several museums. Take a quick look if you’re inclined…but with so many interesting places both north and south of it, you probably won’t want to linger.

Everything You Need to Know About Retiring in Mexico