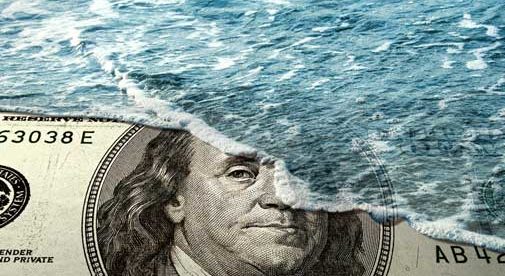 In the United States, single-family home owners pay an average of $3,296 in property taxes a year. In some states—like New York, New Jersey, Massachusetts, Texas, Virginia, Connecticut, and California—the average is $7,000 a year.

By contrast, many overseas retirement havens have extremely low property-tax rates, which contributes to the relatively lower cost of living, in places like Belize, Mexico, and Nicaragua.

For example, in these three countries—which regularly get high marks in International Living’s annual Global Retirement Index—expats report they pay a small fraction of what they did in the U.S. in property taxes… 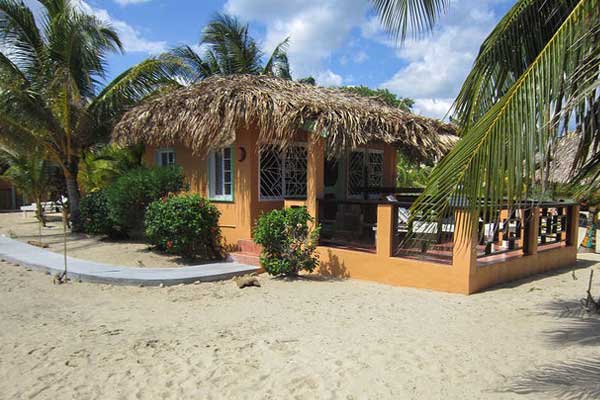 Tax on property is very low in Belize. Depending on which part of the country your property is in, the rate will be about 1.5% of the assessed valuation. What makes the tax low is that the assessed valuation is usually very little; a consequence of government policy to encourage development. As a result, you can expect to pay less than $500 a year on most houses and condominiums, and in many cases, the annual tax will be under $100. Property taxes are assessed by the Belize government and are due on April 1 of each year.

Mark and Jackie Baker moved to Belize full time in 2014 from Arizona.  They live in Cristo Rey, a bucolic village in the Cayo District.

Capital gains tax does not exist in Belize. 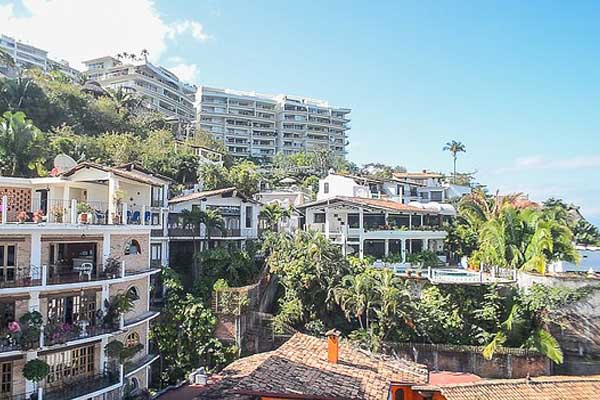 Many U.S. citizens save thousands every year, on property tax, with a move to Mexico. Scottie and Jim Watson, 72 and 70, respectively, have lived in Playa del Carmen, for six years.

The municipality of residence in each state sets the rate of each property. The average home or condo property tax may only be a few hundred dollars per year. Properties in rural areas may be assessed at less than $100 per year.

Expat Gary DeRose says, “My annual property taxes in Merida are $100. Compare that to the $11,000 I paid in San Francisco a decade ago.”

There are two ways to calculate capital gains tax in Mexico.

Capital gains tax should be calculated both ways with the help of an accountant or notario (notary), and the lower rate paid. 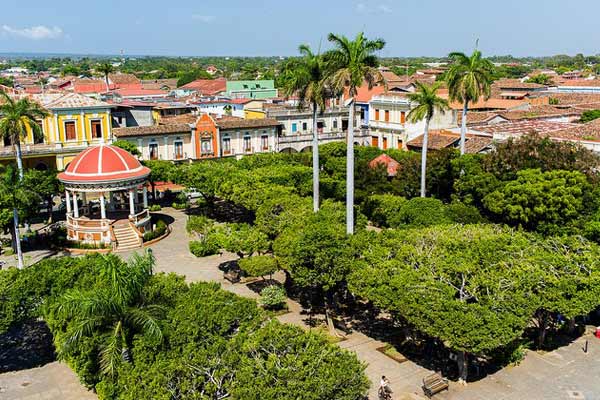 “The most unbelievable savings in Nicaragua comes in the form of taxes…or should I say…hardly any taxes”, says Bonnie Hayman, IL Nicaragua Correspondent. “My two-bedroom, two-bathroom, ocean-view home on half an acre, cost me just $141 this year, and it goes down every year.”

In Nicaragua, the annual property taxes are paid to the municipal government and are approximately at 1% of 80% of the property’s cadastral value. Although, the cadastral value of the land is calculated at a considerably lower than the market value price of the land when you buy the house.

If the property value is less than $40,000 for urban houses, or if a rural house is 2.4 acres or less, you are exempted from these taxes. And farmland of up to nearly 51 acres is also exempt from real estate taxes.

Nicaragua taxes its citizens, residents, and non-residents on all income originating in the country. Capital gains are treated as ordinary taxable income. If you sell your Nicaraguan property, you will be liable for tax on your earnings, up to a maximum of 30%. 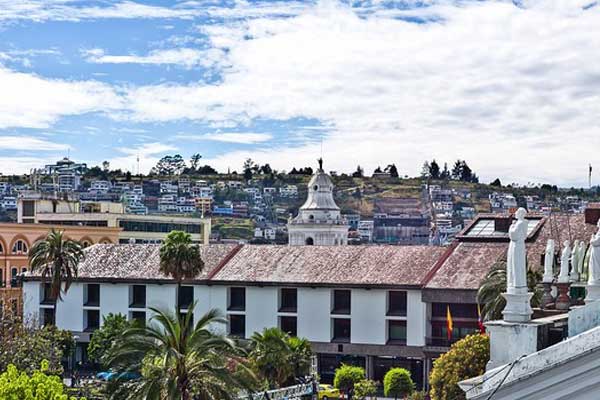 Property taxes in Ecuador are among the lowest in the world. And many American retirees are enjoying the savings they’ve made with a move to the South American gem.

When Bartley D’Alfonso began to feel the pinch of trying to live on Social Security in the States, he moved to the highland university town of Cuenca, Ecuador, for a stress-free lifestyle on the same sum.

“On January 8th of this year, I went to the city municipal office to pay my annual property tax. I expected to pay only $22 this year. So, when the clerk told me how much was due, I immediately had that “deer-in-the-headlights” look of shock.

“I asked again, in disbelief, how much did I owe, and she assuredly smiled and said again: “Cincuenta y siete centavos”, which is 57 cents. Compare that to living in California.
“Thanks to the senior citizen 50% discount, and to receiving an additional 10% discount for paying during the first 10 days of January, all categories of the tax to be paid were discounted down to only 57 cents total due.”

If you do some comparison-shopping, you will find that real estate taxes and transaction fees in Ecuador are among the lowest in the world. Current rates vary with municipality and location, and range between 0.025% to 0.5% of the assessed value. Even on a large house, annual real estate taxes rarely amount to more than $50, and it is unusual to see a capital gains tax that amounts to more than a few hundred dollars.

As with many U.S. locations, taxes in Ecuador are based on the municipal assessed value. This amount varies by the province and canton in which the property is located. Something to keep in mind is that there are differences in taxation rates between rural property and urban property, as well as particular types of property in urban areas. To cite an example, tax records currently show a rural house located in the Loja province that cost $50,000 as having a municipal value of $20,000, while an urban home in Cuenca costing $170,000 shows a value of $100,000.

The capital gains tax is based on the change in the municipal value between the time you bought the property and when you sell it. Technically, the percentage is 10% of the difference between the municipal value at the time of purchase and at the time of sale. There may be discounts on this fee, based on the amount of time between purchase and sale of the property. A short time span between purchase and sale will result in a higher capital gains tax. There is also a possible 75% tax imposed on “extraordinary gains”, but this may be struck down by referendum vote in early 2018. 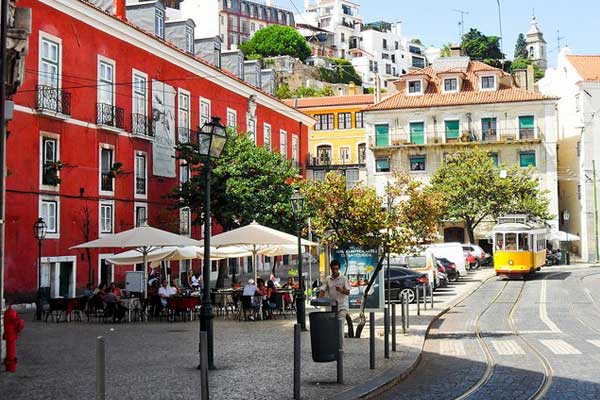 Five years ago, International Living Correspondent, Tricia Pimental and her husband moved to Portugal. Not only did their day-to-day lifestyle improve but their cost of living plummeted at the same time.

“Keith and I immediately saw our expenses fall to between one-third and one-quarter of what they were back in the U.S. The truth is, almost everything in Portugal is less expensive,” says Tricia.

When compared to the U.S. costs. property tax in Portugal is a third of the National Average and a quarter of Californian property tax.

Annual property taxes depend on the type of property in Portugal.

Tricia and Keith recently bought a five-bedroom house with mountain views sitting on four acres of landscaped property in the Beria Baixa region for $265,000. “Our house has mixed property of rural and urban use. Its tax value is assigned by the nearby city of Fundão. Our tax bill is $673.39.”

Capital gains is owed when you sell the property and it is assessed as regular income if you are a tax resident. But if you buy another house to live in within the designated one year, no taxes are due.

Investment property is taxed at a higher rate and to see if it makes sense for the individual they should consult a tax advisor, as it depends on the various residency schemes and which one they are in Portugal under.