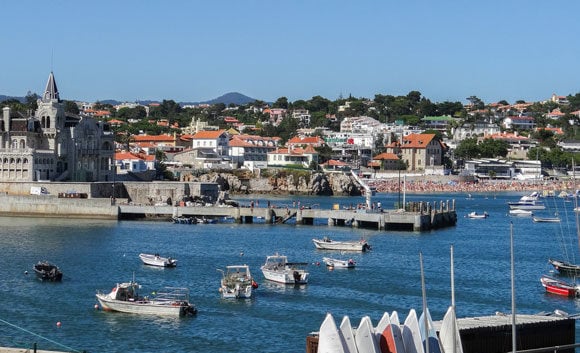 The following monthly budget is based on the cost of living for a couple living in most suburban areas of the country. Cities such as Vila Nova de Famalicão, close to Porto, or Estoril, close to Lisbon.

Portugal offers arguably the lowest cost of living in Western Europe. Just about everything, from accommodation to groceries, is affordable. Including rent, a couple can live comfortably in Portugal’s interior, or in small cities, from about $1,700 a month. A couple’s budget in Lisbon starts at about $2,100 or $2,200 a month…though you can, of course, spend more. Singles should plan on a budget of about two-thirds that of a couple.

Accommodation—the single largest item on any expat’s budget—is reasonable, whether you rent or buy your property. Rents in small Portuguese cities and in the interior start as low as about $375 a month for a one- to two-bedroom apartment. Rents in Lisbon, the capital, start at about $650 a month for neighborhoods an easy half-hour walk from the central tourist neighborhoods of the Baixa, Chiado, and the like. (Rents start near $1,000 a month for a comfortable one- or two-bedroom in these neighborhoods—still a bargain for a European capital.) Rents in the Alfama neighborhood, Lisbon’s oldest, can run somewhat lower. But its hills and cobbled streets may not suit all expats.

If you’re looking to buy, you can find comfortable apartments for sale in the interior for well under $100,000. Even in Lisbon you can find small properties around the $150,000 price point in outlying neighborhoods. Closing costs on property sales in Portugal tend to run around 10% of the purchase price.

Note that the average size of apartments in Portugal, as in the rest of Europe, is considerably smaller than many North Americans are used to. A 550-square-foot apartment is considered perfectly adequate for a single person or a couple. A 1,000-square-foot apartment may have three or even four bedrooms and be considered suitable for a small family. Fortunately, Portugal’s generally mild climate means you are likely to spend lots of leisure time outside, on the beach, at outdoor cafés, or strolling Portugal’s beautiful towns and villages.

Food costs are generally low. Many cities and towns in Portugal—including Lisbon—continue to have large, thriving traditional markets, as well as supermarkets. A couple’s grocery budget can run from about $200 a month, depending on how you choose to buy. Some items that are luxuries elsewhere, such as good wine and olive oil, are locally produced and therefore inexpensive. You can get decent bottles of local wine from about $4 a bottle.

Utilities, including electricity, heating, water, and garbage collection, for a mid-range apartment can average around $80 a month. You may need to heat your apartment at times during Portugal’s relatively mild winter. And if you live in southern Portugal, you’ll likely want air conditioning during the hot summer months—which will increase your electricity bill.

But much of what is most enjoyable about Portugal—the friendly people, the leisurely lifestyle, mild weather, beautiful countryside, and ample beaches—is free.

Sample monthly budget for a single person living in Mafra:

The following monthly budget is based on the cost of living for a single living in Vila Nova de Famalicão in the north or Mafra near the Lisbon coast.

*If you want plenty of space to entertain the family and friends who will undoubtedly be knocking on your door, or the luxury of land or a swimming pool, prices will vary upward accordingly.

The same applies to your personal preferences: If you like to travel a great deal, whether by plane, car, or rail, your Incidentals category will be bumped up. And you should expect to pay somewhat higher rent in certain areas. But bear in mind, most Portuguese retirees are living on about €800, or $932.66 per month, so the budget here should provide a comfortable lifestyle.­­­­­­­