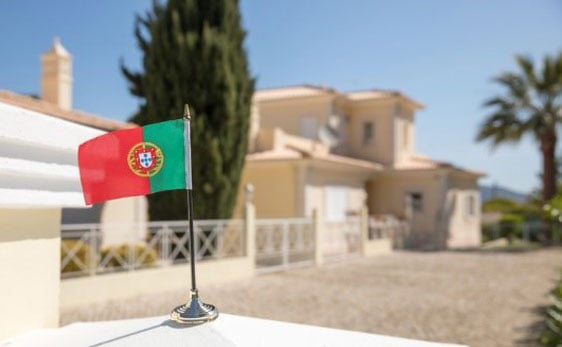 Everything You Need To Know About Renting in Portugal

If you’re not ready to make a commitment right away, rental opportunities that suit your needs are guaranteed to exist. But you’ll have competition in your search. The Portuguese economy grew by 2.7% in 2017 to $220.5 billion in real terms, close to the figure it had in 2010, before the economic crisis, according to a recent report from the Portuguese National Statistics Institute (INE).

In general, here’s what to expect. The rental market is divided into short term (including vacation rentals) and long term. Short term is less than 12 months; it’s an option that potential expats may consider when testing the waters here, to see if it’s really an option for relocation. A vacation rental is fewer than three months and an option for North Americans and other non-EU citizens who are limited to the Schengen Zone’s 90-day stay. Beach and other tourist locales generally tend to have a good number of short-term rentals available.

One thing to keep in mind, however, is vacation rentals are often pricey compared to what a long-term monthly rental fee would be. For example, you might find a three- or four-bedroom house in a surfing town like Ericeira in western Portugal that rents for €1,000 ($1,234) per month for a one-year lease. But sign up for four weeks in August and it’s possible you’ll pay three or four times that amount. A rule of thumb that might be helpful is to view your vacation stay as if you were in a hotel; if you would spend $100 per night in a hotel, figure $100 times 30 nights equals $3,000.

Depending on the geographical region of the country, neighborhood, size of the home or apartment, and construction quality, there will be considerable variance, but this is always a better deal than short term.

Generally the terms will be familiar to you. The landlord will expect first and last payment plus a security deposit. If you have a permitted pet, they may ask for a pet deposit. Do not be overly concerned about the deposits, as it is my experience that they are always returned promptly at the end of the lease as long as you have left the home in the condition it was when you moved in, or better. One other requirement that is occasionally requested is a fiador, or guarantor. This is a person who guarantees the financial aspects of your contract. It is more common among the older Portuguese, and in my experience it’s waived if all else is in order.

With a long-term rental, plan on providing at least some furniture or an appliance or two. For instance, a living room may come with couches, tables, chairs, and lamps, but bedroom furniture might be lacking. Or a refrigerator may be included in the kitchen, but no dishwasher or laundry facilities.

It’s not unusual for the owner of a property to ask for a two-year lease, with the option on his or her part to bump the price a bit after 12 months to accommodate inflation. (The government issues guidelines each year for permitted increase, generally 1% to 2%.) Situations and people differ, of course, but our experience has been they do not necessarily increase the monthly rental fee. If you’ve been a responsible tenant, they are likely to let you just roll into the next calendar year paying the same rent.

You’ll be required to sign a contract when you rent, and not a one-pager as you might expect elsewhere—in the U.S., for instance. The Portuguese like paper and all things official. So again, make sure you or a representative can read the fine Portuguese print. But don’t panic; the rental system favors the lessee as opposed to the lessor. Generally, a lessee can terminate a contract within six months with 60 days’ notice, but the lessor does not have the same option. So, you’ll find you have some leeway with respect to the terms of your arrangement if unforeseen circumstances prevent you from fulfilling your contractual obligations.

Whether you’ll be renting or buying, it’s important to know precisely what you’re getting. Make a list, keep adding to it, and be sure to ask all the questions you can from the people you’ll be dealing with. You will be looking for answers from the landlord, the senhorio or senhoria, unless he or she is the owner, in which case it’s propriatorio or propriatoria. The manager in an apartment complex is called the geral.

In terms of utilities, assuming you’ll be in an urban location, you’ll be connected to public systems, known as being “on the rede,” whether it be water, electricity, or gas. Ask for the locations of the providers so you can get contracts in your name. In the alternative, lessors may prefer to keep the utilities in their name, and as the lessee, you will pay them directly for usage. In more rural settings, you’ll most likely purchase cans, known as garrafas, of propane from a local dealer.

With respect to appliances, a key when looking at listings is the word equipado. Never assume all the appliances you’re used to at home will automatically appear in your rental or purchase. You may come across something fully or partially fitted out, or in “bare bones” condition, with no appliances left behind. So, if when you viewed it there was a refrigerator and/ or a stove, etc., specifically ask if they will remain.

Often there is no clothes washer, and even if there is, it’s New York apartment-sized, and even then, without a dryer. (You’ll get used to seeing laundry drying on clothes lines everywhere, from the tiniest village to the capital of Lisbon.)

Usually no light fixtures remain, so if you had your heart set on that charming brass chandelier in the entry way, ask about it, negotiate for it, and don’t let the topic go until you get a clear answer, one way or the other. At least you’ll know if you must head to the local lighting store.

Also, you can expect your new residence to be broom swept and clean, but don’t plan on the scent of fresh paint, or on the disappearance of all those tiresome little holes from the prior renter/owner’s art work or curtain rods. You can ask, but the odds are you will be told that is your responsibility to freshen and retouch as you wish. You will find, however, that if you ask if you can make changes, you’ll probably get a green light. The Portuguese appreciate improvements. In one location, we asked if we could build fencing, hang a flat screen TV on a swinging bracket in the living room, and replant the yard. It was all a “yes,” being told it was “our house” once we signed the two-year rental agreement.

Along those lines—and again, you should always ask out of courtesy and because it may be required in your contract—you may find you don’t have enough electrical outlets in your new location. Portuguese apartments and homes tend to be quite erratic with respect to this. We have homeowner friends who were told when they were remodeling that it was too hard to put more outlets in. They insisted and got what they wanted. We have other friends who moved into a place that had no less than 25 outlets in just the kitchen!

You’ll need to find an eletricista for that job, and if there are plumbing issues, ask for a reference for a canalizadora. Looking to build cabinets or bookshelves? That’s a job for a carpinteiro. Incidentally, if there’s a word for “handyman” in the Portuguese language, I haven’t found it. In fact, I’ve been told many times that there isn’t. And it’s hard to find one single person who is willing to do it all. If you find one, hold on to him or her for dear life. That person will save you a boatload of aggravation over time.