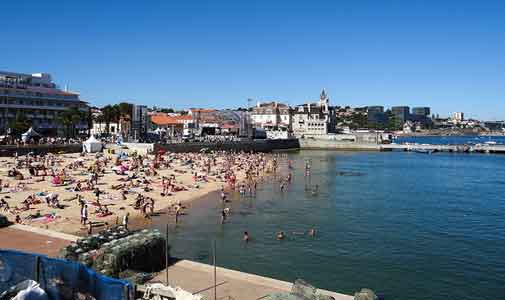 Looking for an ideal climate for retirement? Look no further than Portugal. It enjoys a warm temperate climate with wet winters, dry summers, and summer temperatures from springlike in the north to warmer in the south.

As compact as Portugal is, about 349 miles north to south and only 135 miles east to west, there are distinct differences when it comes to climate within its borders. The country can be divided into five climatic areas—meaning in Portugal you’re sure to find a place with the climate to suit your tastes to make your retirement home. 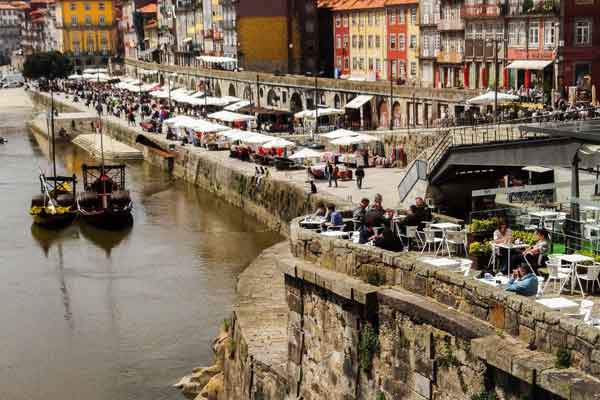 This area runs from the Minho River, dividing Spain and Portugal, to south of the Douro River.

The Douro River flows between Porto, considered Portugal’s “second city,” and Vila Nova de Gaia, home to the centuries-old wine houses. Summers in the area are pleasantly warm to Springlike. A day at the famous wind-surfing beach of Esposende, just north of Porto, will be in the high 70s F to mid-80’s F with brilliant blue skies and moderate humidity and rain is a rarity.

In autumn temperatures cool to the high 50s F and mid-60s F, with periodic showers. You’ll need to take out your overcoat come December, when temperatures drop to high 30s F to mid-40s F, and the rainy season (until April) really gets under way. All that rain brings a flowery, green spring with occasional showers and temperatures edging back up. 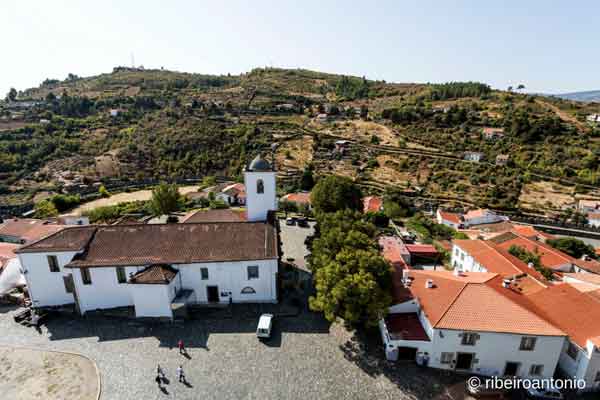 Noted for the city of Bragança, birthplace of the royal house of Bragança, this hilly region of Trás-os-Montes offers great opportunities for hiking and mountain biking with July and August temperatures in the 80s F to low 90s F. You’ll notice a spike in humidity compared to the coast, a fact that keeps the region’s farmers happily in business

Autumn again brings cooler temperatures with low 50s F—with cool, sometimes foggy nights. Just as on the coast, late autumn into winter brings rain from as early as October through April, and it tends to be a little cooler with temperatures in the 30s F. In spring, the olive trees are in bloom, and the sun again makes regular appearances, bringing high 60s F and low 70s F. 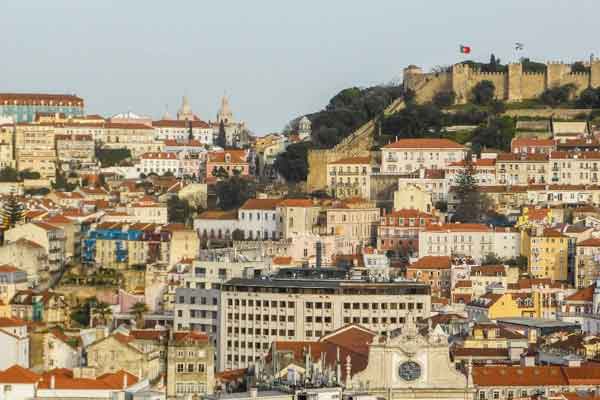 This region covers from the Douro River south to the Tejo River, and features cities like Figueira de Foz and Lisbon. In the middle on the coast, you’ll find the University of Coimbra, the city which was once the capital of Portugal, and its current capital of Lisbon at the mouth of the Tejo River. It is the north central coast line with fishing villages and beaches vying for the attention of the locals and tourists alike.

Summer brings comfortable temperatures from the mid 70’s F to mid-80s F with occasional highs in the mid-90s F. Come September, you’ll find breezy days, rain, and temperatures in the 70s F, with a slight chill near the ocean. In Mafra and Ericeira, those breezes will be stronger, but that makes fora world class surfing spot in Ericeira.

There’s a nip in the air during the holiday season, and frequent rainy days, when temperatures dip down to 30’s F at night and 40’s during the day, but unlike the north, they are relieved by days of warm Iberian sun. Springtime brings blooming vegetation such as lemon trees, and warmer days, but still cool nights. 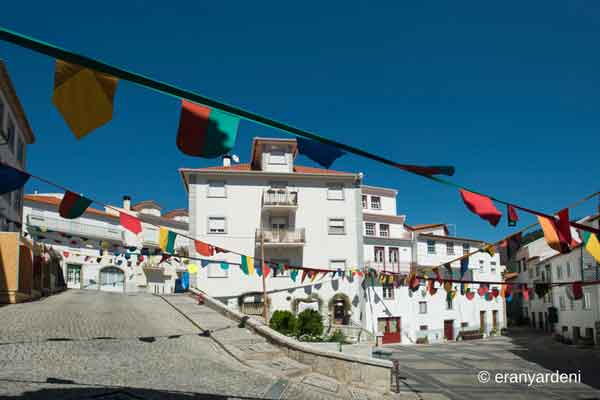 The main feature of this area is the famed Serra da Estrela Mountains, the highest range in the country, and the hills which lead up to it on the eastern side. Cherry farming means cherry festivals and the center of the range is home to the Vodafone Ski Resort, Portugal’s only one.

In summer, outdoor activities beckon as comfortable temperatures rarely reach 90 F. A rural area, only a few towns are sprinkled about like Manteigas, a village of sheep, cheese, woolens, and Swiss-style chalets nestled in the mountain valley. Larger towns surrounding the mountains provide modern amenities. Expats tend to choose the west side of the range due to its proximity to Porto’s airport, about 90 minutes away.

Autumn brings changing of the leaves and misty mornings and evenings. Temperatures reflect the mountain chill, 45 F to 55 F, night into day. When winter rolls around, you’ll discover why the handwoven woolen goods, made from local sheep wool, are so prized. By January, temperatures range from 25 F to 35 F. The mountains see their first dusting of snow by January, which allows for the six-week ski season to begin. Temperatures are in the 50s F going into the 60s F and the sun shines for most of the day.

Tejo River South: The Alentejo and the Algarve 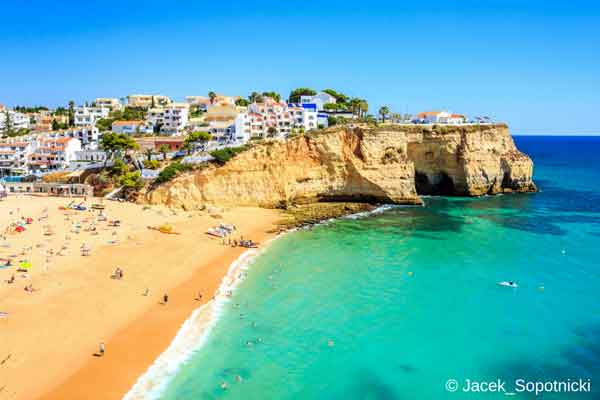 These two well-known regions of Portugal are hot in the summer, with temperatures in Évora easily over 100 F. The Algarve city of Faro, with an international airport, is more temperate. By late May the summer beach season is in full swing. The sun is intense, requiring the famed olive groves vineyards to be irrigated by Alqueva, the largest strategic water reserve in Europe.

In winter, the plains of Alentejo are subject to dry, cool, windy weather with temperatures in the high 40s F It is slightly less cold in Faro, but there is still a chill in the air with the winds from the Atlantic.

There’s hot and cold, with very short transitions, but spring in Alentejo does bring variegated fields of wild flowers punctuated by cork and olive trees, and the first leaves on the grape vines. Temperatures at this time of year vary between 46 F and 59 F. The region is so famed for its flowers that in August there is a huge Flower Festival in the city of Campo Maior.

In the south, with temperatures ranging from 68 F to 82 F, the sparkling beaches of the Algarve region are favorite vacation spots for not only the Portuguese, but visitors from Spain, Italy, France, the UK, the Netherlands, and Germany. There, the summers are particularly dry and sunny with 12 hours of sunshine each day and it’s the largest expat area in Portugal due to its resort-like feel most of the year.

Romance, culture and adventure awaits in Portugal. Learn more about Portugal and other European countries in our daily postcard e-letter. Simply enter your email address below and we’ll send you a FREE REPORT – Portugal: The Jewel of Southwest Europe.