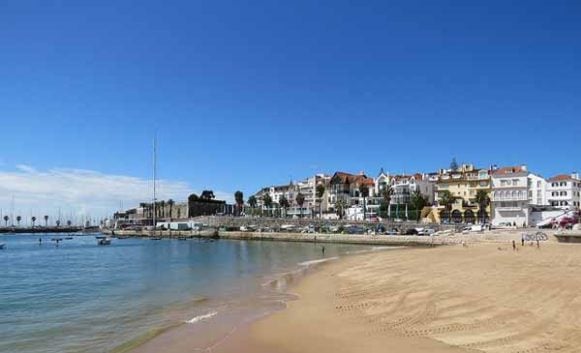 When I tell friends that Portugal is my favorite place to live, they ask, “What about your true love, France?” Fair enough. For most of my adult life, La Belle France, with its lovely language, scrumptious cheeses, and award-winning wines was my annual vacation destination.

But when I looked into residency, I found the process somewhat complicated and pricey. So, I did some research and discovered that the Portuguese language is also pleasant, the cheeses tasty, and the vinho not only delicious, but way easier on my budget.

Six years later, I’m about to become a citizen. Here’s the lowdown on my adopted country. 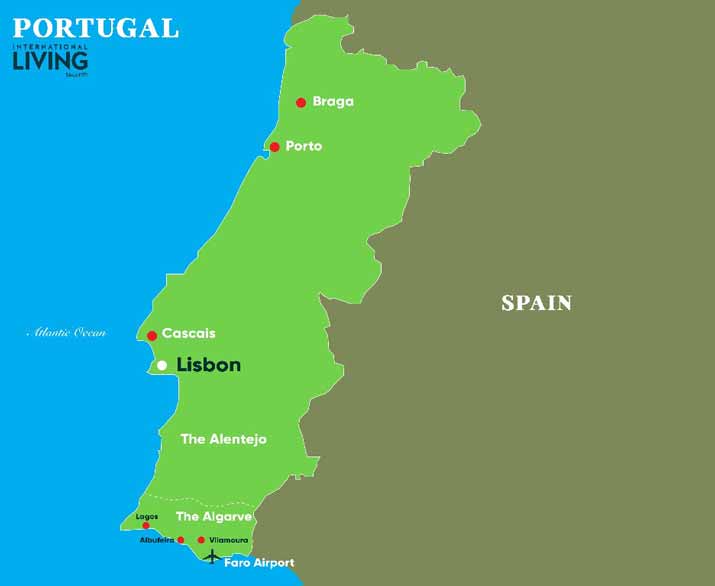 Portugal is located on the Iberian Peninsula, in the southwest corner of Europe. It shares that peninsula with its larger neighbor, Spain, which occupies about five-sixths of the land mass. At roughly 35,000 square miles, Portugal is about the size of the state of Indiana, just under 350 miles from north to south and about 135 miles across from west to east. It’s bordered by Spain on the north and east, and the Atlantic Ocean on the west and south.

In addition to the mainland, Portugal also includes two autonomous regions. Madeira is an archipelago comprising four islands off the northwest coast of Africa. Funchal is the capital of the main island also called Madeira, which is volcanic and green, with jagged cliffs and a sub-tropical climate.

The Azores is also an archipelago. São Miguel is the largest of these islands, featuring spectacular landscapes, wild hydrangeas, quaint fishing villages, and lake-filled calderas.

The mainland’s population of 10 million is concentrated in two cities: the capital, Lisbon (about 518,000), and the “second city” of Porto (250,000). The southernmost region of continental Portugal, the Algarve, is famous for miles of shimmering beaches, water sports, and lush golf courses, and home to 450,000 people. Other main cities include Braga (121,000) in the north; the university town of Coimbra (107,000) in the central region, and Amadora (179,000) and Setúbal (117,000) near Lisbon. That means the northeastern area, Trás-os-Montes, and much of the interior region known as the Alentejo, both bordering Spain, are sparsely populated, featuring small towns and villages.

How to Get There 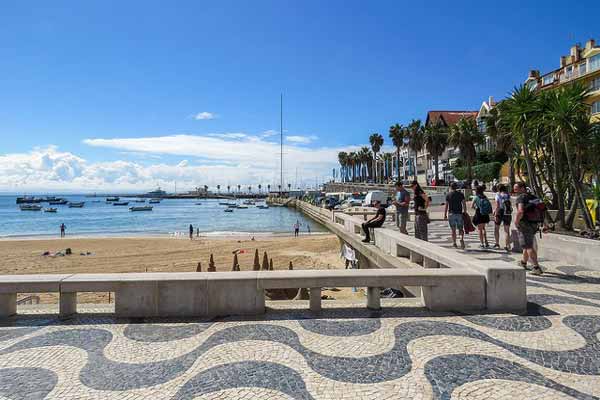 From the bright yellow trams rumbling through Lisbon’s cobblestone streets, to the centuries-old Port wine houses of Vila Nova da Gaia, to the thundering waves of world-class surfing beaches, Portugal is attracting more visitors than ever before. In fact, tourism rose 12% in 2017, to a record 12.7 million. Those flocking to the country’s many castles, palaces, and museums are finding it easier than ever to arrive.

In addition to smaller locations scattered throughout the country, there are three international airports: Francisco Sá Carneiro (OPO) in Porto, Humberto Delgado (LIS) in Lisbon, and Faro (FAR) in the Algarve.

Many airlines offer flights from Los Angeles and New York to Porto and Lisbon. Among them are American Airlines/British Airways, Delta/Air France, Air Canada, TAP Portugal, and United/Lufthansa. Currently there are no non-stops from the U.S. to Porto. There are, however, flights to Lisbon that are non-stop from the East Coast airports in New York City, Boston, and Miami. If you arrange a flight with stops, be prepared to spend about 13 to 15 hours in travel time from the West Coast of the United States to your desired destination in Portugal. From the East Coast, plan on four or five hours less.

Once in Portugal, you can avail yourself of the train system, Comboios de Portugal. Most information is available on its site here: https://www.cp.pt/passageiros/en/passenger-information.

In Lisbon and Porto, you’ll find buses (within the city and to bedroom communities), metros, taxis, and Uber. The Algarve offers plenty of options as well. Smaller cities and towns often offer bus and/or taxi service, but if you want to travel around the country in depth or venture into the interior, renting a car is advisable. A good option is www.europcar.com. 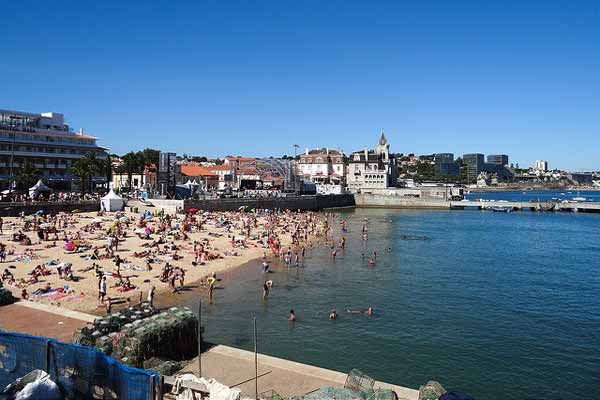 Sinuous rivers, rugged mountains, wildflower-filled meadows, and glittering, sun-kissed beaches. This is Portugal. Here’s a breakdown of how the country looks.

In the northeast, close to Spain, the topography is mountainous, with a range extending down the right side of this slip of a country until it reaches the flat plains of the Alentejo region. The Douro River separates the northern region from the central region, and the Tejo River delineates the center of the country from the Alentejo region (literally, “below Tejo”). Farthest south is the area known as the Algarve.

In the north, the climate is sunny and warm in summer. The coast is warmed by the Gulf Stream, so winters are reasonably mild, with temperatures ranging from about 46 F to 60 F. There is, however, substantial rainfall in the region. All conditions combine to create the ideal climate for the cultivation of one of Portugal’s best-known and best-loved exports: port wine.

The left side of the country offers fishing villages and beaches from Viana do Castelo (on the Green Coast) in the north through the Silver and Lisbon coasts, which become milder in climate and less rainy as you proceed south, culminating in tourist meccas like Albufeira in the Algarve.

Portugal is a representative democratic republic with a multi-party system. Since 1975, it’s been dominated by the social democratic Socialist Party and the liberal-conservative Social Democratic Party. The prime minister is the head of government and the executive head of state. He is joined in the exercise of his political powers by the Council of Ministers.

Legislative power is vested in both the government and the Assembly of the Republic, while the judicial branch is independent of both other branches.

Continental Portuguese is the official language of the country, although dialects differ from north to southern and central regions. English is spoken widely in major cities, and even elsewhere, but it’s advisable to have a working knowledge of the basics, for your own benefit, as a sign of respect to the locals, and if you plan on exploring remote regions. 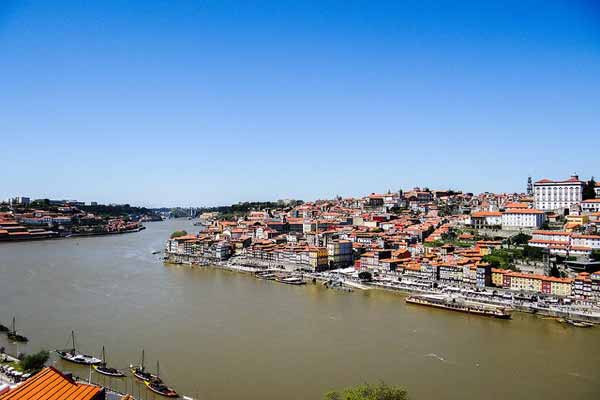 In addition to Porto and Vila Nova da Gaia, other cities worth seeing here include:

Lisbon and its Coast

The Algarve (Take your pick)

Albufeira, Silves, Tavira, Faro, Portimão, Lagos, and Vilamoura, among others. Tennis, golf, and boating against a backdrop of sand, sea, and sun.