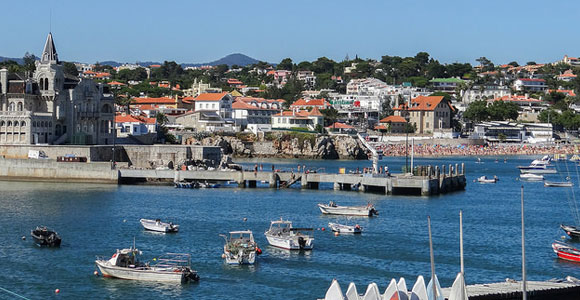 Location: Southwestern Europe, bordered by the North Atlantic Ocean, and west of Spain.

Geography: Northern Portugal has a mountainous landscape with many plateaus, while the southern, Algarve, region consists mainly of rolling plains.

Popular Expat Regions: Porto in the north, Cascais near Lisbon, and the Algarve, in the south.

Property: A wide variety of choices is available throughout the country. In the capital, purchase price for an apartment runs about $362 per square foot, and $175 outside city center.

Renting: To stay with the capital example, one-bedroom rentals in city center average $700 and $450 outside. For three bedrooms, expect $1,300 and $800, respectively.

Healthcare: Public healthcare is available and accessible to residents (not only citizens), although sometimes there is a minimal ($5 or $10) charge for treatment. Private doctors and hospitals are prevalent in urban areas, and private insurance plans are available.

Climate: Portugal’s climate in maritime temperate. It is generally cool and rainy in the north of the country, and warmer and drier in the south.

Financial Information: Cash and Portuguese bank debit cards are widely used, especially in cafés and restaurants, and for small purchases. In tourist areas, most major credit cards are accepted.

System of Government: Portugal is a republic governed by a parliamentary democracy. Its government consists of the Council of Ministers, or cabinet—made up of the prime minister and 15 to 18 ministers—and the Assembly of the Republic, or parliament—made up of 230 deputies, all elected by public vote. Cabinet ministers are not elected, but chosen by the prime minister.

Head of State: President Marcelo Rebelo de Sousa (since 9 March 2016). The presidential term lasts for five years, and it is not possible to hold office for longer than two consecutive terms.

Head of Government: Prime Minister António Luis Santos da Costa (since 24 November 2015). The prime minister is elected indirectly, and is the leader of the largest parliamentary party, or coalition of parties. The prime minister’s term can last up to four years.

Religion: Portugal is predominantly Roman Catholic, with 81% of the population identifying as such. Other forms of Christianity make of 3.3% of the population, while other religions (including Jewish and Muslim) make up 0.6%. A larger amount of people (6.8%) identify as having no religion, while 8.3% are unspecified.

Clothing/What to Pack: Portugal is an informal country, although natives tend to dress a bit more fashionably than the sweat suits you’re apt to see in other countries. Of course, in large cities like Porto and Lisbon, you’ll find that’s the case even more so. Spring and summer days usually require only light clothing, don’t forget your sunscreen, and always have a sweater or jacket for cool evenings. In the fall and winter, especially in the rainy north, you’ll want to wear a coat and keep an umbrella handy.

Food and Water: The Portuguese pride themselves on their cuisine, which focuses on fresh fish—especially sardines, in season—and pork. Bacalhau, their beloved salted cod imported from the North Atlantic, is so popular that one cookbook features recipes for preparing it every day of the year!

Bottled water is available everywhere, but unnecessary, as water is potable throughout the country.

Tipping: At a café, tipping is not expected. In a mid-range restaurant, you might simply leave the change after you’ve paid, or if you’ve had exceptional service, maybe a euro or two, depending on the size of your bill. Only in an expensive restaurant, or of course in a Michelin-starred establishment, is tipping really expected.

Business Hours: Generally, 10:00 a.m. to 7:00 p.m., with an hour and a half to two hours closed for lunch. Hours vary widely, however, so best to confirm when possible.