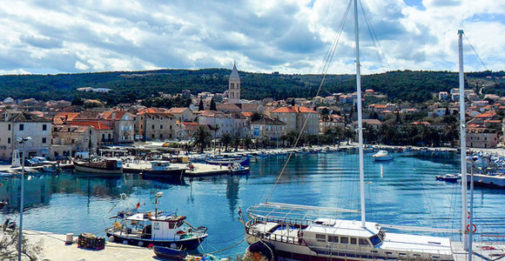 When applying for Croatian residence, expats are required to register for and pay into the state health system, which entitles you to care through public doctors that is almost always free at the point of delivery (with the exception of small payments for certain specialists or elective procedures). You’ll also need to pay about a year’s worth of back-payments before you can use the system. According to one expat a whole year’s worth of payments for her and her husband came in at about $800—an amount they could have easily spent in one month in the States.

Croatia also has a number of private doctors, who you can pay out of pocket or using private insurance.

All major population centers have decent healthcare facilities. According to CroatiaWeek.com, the country’s top-ranking hospitals (based on number of specialists, ratio of staff per patient/bed, and average length of stay per patient) are Požega General Hospital in Požega, Sveti Duh in the Croatian capitol of Zagreb, and Slavonski Brod Hospital in the eastern city of Slavonski Brod.

To find an English-speaking doctor in Croatia, simply ask around. If you don’t know any expats yet, there are active groups on Internations.org and Facebook where you can connect with other expats, ask questions, and request referrals.

In addition to an affordable public healthcare system and available facilities, Croatia also offers a landscape and culture well suited to healthy living, full of large parks, walkable cities, and fresh markets so large and beautiful they’ll take your breath away.

This is probably why Croatians enjoy good health, with life expectancy on par with North America and other European countries. Although fast food outlets are burgeoning, the country’s agriculture and fishing industries (not to mention the vast farmer’s markets in cities like Split) mean there’s no excuse for not eating healthily. Most of the selection in the markets isn’t of the mass-produced variety and small butcher shops and bakeries are easy to find. When you’re traveling around Croatia and the islands, you’ll notice that everyone has something growing–from tomatoes to lavender–in small plots outside their homes.

Throughout Croatia, you’ll find that walking is a favorite pastime. In cities like Split on the coast, well-kept seaside promenades fill with couples and families out for a stroll with their dogs in the early evenings and sprawling parks like the popular Marjan Hill boast winding natural pathways, pretty old chapels, and sweeping views of the city and the sea. There is also an abundance of sunshine, natural landscapes, and fresh air—all the kinds of things that reduce stress and encourage health.

Similarly, in the capitol of Zagreb, you’ll find one of southeastern Europe’s first large public parks—the wooded Park Maksimir with its wide walking paths and small lakes, perfect for morning or evening strolls in the fresh air.