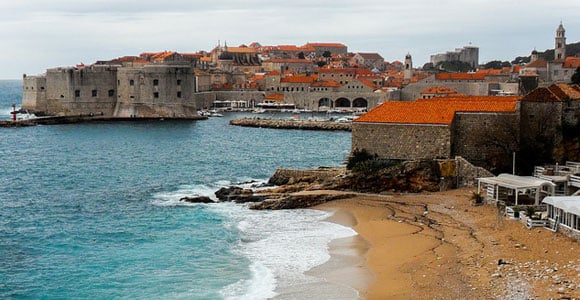 Retiring in Croatia is unlike retiring anywhere else in the world… A flotilla of dazzling white yachts glides into a sheltered cove. The put-put-put of their motors is no competition for the evening choir of cicadas. The whiteness of the yachts is startling, a vivid contrast to the sea’s hypnotic palette of blues and turquoises…the deep orange roof tiles of a thousand-year-old town…the green pine woods beyond.

Although many Americans know little about it, this small maritime country at the heart of Europe offers you the chance to discover the closest thing to the Mediterranean of years gone by. Unspoiled, relaxed, beautiful, and safe, Croatia is one of Europe’s loveliest treasures. Everything a discriminating visitor–or home buyer–is looking for can be found right here: crystal-clear seas, timeless fishing villages, and unspoiled beaches, Roman ruins, a pristine lake district, and medieval walled cities. Every twist and turn of the coastline serves up grandstand views of secret coves, little harbors, and calm turquoise waters.

Out in the Adriatic Sea, a galaxy of islands–1,185 of them–shimmer like a cache of emeralds. The legendary Frenchman Jacques Cousteau, esteemed biologist and oceanographer, once described Croatia’s waters as the cleanest and clearest in the world. When you come here, you simply must take a boat and go out into the Adriatic–you’ll be astounded at how far down into the depths you can see.

International Living can’t claim to have been the first to recommend the Dalmatian Coast as a retirement destination. That distinction goes to the Roman Emperor Diocletian (AD 245-316), the only Roman emperor ever to retire. He chose to spend his golden years in his palace in Split, where he remained until his death in 316. The Diocletian Palace was declared a UNESCO World Heritage site in 1979 and it remains at the heart of Croatia’s second-largest city.

Visas for Retirees in Croatia

If you’re planning on permanently retiring to Croatia, then you must have a visa. In the U.S., visas are issued by the following: Embassy of the Republic of Croatia in Washington, D.C.; Consulate General in New York, Los Angeles, and Chicago.

You’ll also need to apply for a temporary residency permit. You’ll need various documents and a stated reason for wanting to live in Croatia. This can be related to an investment, a business, family, employment, study, or real estate rental or purchase. Having a yacht moored in a Croatian marina also qualifies as a reason for being granted a residency permit.

Health Care for Those Retiring in Croatia