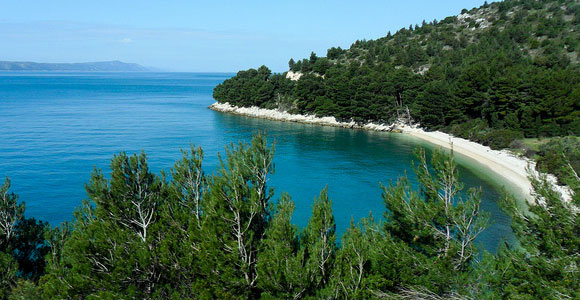 The best time to travel in Croatia is between May and September. In general, the country has hot, dry summers and mild, rainy winters. Breaking it down: northern Croatia has a continental climate, central Croatia has more of a mountain climate, and the Adriatic coast has a distinctly Mediterranean feel. Summer temperatures range from 72°F to 79°F in the continental region, 60°F to 68°F in the mountainous region, and 79° to 86°F along the coast.

A huge array of summer festivals takes place in Croatia, and these festivals are large tourism draws. Some of the main festivals:

Histria Festival: July to August. This is an international music-dramatic festival featuring classical music concerts, chamber music and recitals, operas, operettas, ballets, and plays. Events take place in Medulin, the Pula Arena, and in a small Roman theater on one of the Brijuni Islands.

Pula Film Festival: July. Founded in 1954, much of the Pula Film Festival takes place in the city’s Roman arena. As the arena can seat up to 8,000, this has to be one of the world’s largest movie theaters.

Rapska Fjera (Days of the Middle Ages): July. Held on the island of Rab, the old quarter gets transformed into a medieval town. Members of various historical associations introduce guests to ancient crafts and show how islanders worked, ate, and celebrated during the Middle Ages. Commemorating the first knightly tournament held in 1364, the event also includes crossbow competitions.

Split Summer Festival: July to August. Another international festival of opera, drama, dance, and music, which takes place in Split.

Dubrovnik Summer Festival: July to August. Held in the Old Town, this is Croatia’s largest summer festival with international music, drama, and dance. The festival stages about 80 theater, ballet, opera, and musical performances; exhibitions; and poetry evenings, to name but a few of the offerings.

Eating out When Traveling in Croatia

Along the coast, food is Italian influenced. Pizzas and seafood risottos are plentiful, though Croatia does have its own fish stew specialty called brudet. Inland, there’s more of an Austrian influence, with lots of game and pork dishes, roast duck, veal slathered in cream sauce, and Wiener schnitzels served with potato salad. A restaurant often goes by the name of a “konoba.” Prices vary from place to place, but a lot depends on what you eat. Fish, especially white fish, is quite expensive everywhere. On the other hand, meat is reasonable, with many entrees priced between $6 and $9.

Tipping as You Travel Through Croatia

Tips in restaurants are expected, usually 10% of the service. In cafés and bars, it is more normal to round up the amount of the bill. Taxi drivers normally do not expect a tip; for hotel porters, an optional 10 to 20 kuna ($1.90 to $3.80) is enough.

A number of local airports are well served by European holiday charter airlines, but Zagreb is Croatia’s gateway airport for international travelers on scheduled flights. At present, there are no direct flights from the U.S. to Croatia. You will have to travel via major European airports such as Frankfurt, Vienna, Zurich, Paris, Amsterdam, London, or Rome.

All over Croatia, locals earn extra income by renting rooms and apartments to vacationers. If you arrive at the Dubrovnik bus station or in any place where a ferry docks, a throng of locals with rooms to rent is waiting there to greet you. Prices depend upon season, but even in high summer you shouldn’t have to pay more than $50 per person per night, and around half that in winter. That said, it’s best to try to arrange your accommodation in advance if you’re traveling in Croatia during the high season.