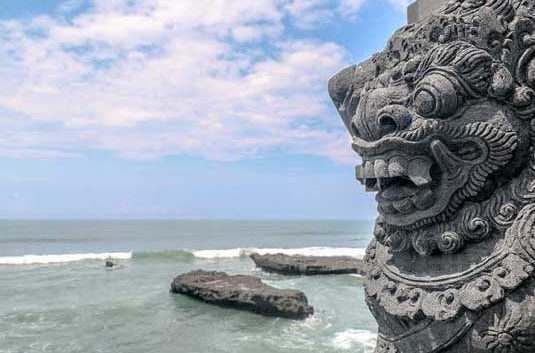 Culture and Traditions in Bali

Traditions and Culture in Bali

The archipelago of Indonesia comprises of over 17,000 islands and each one of those inhabited have their own customs, beliefs, and values. There’s a range of more than 300 ethnic peoples all over Indonesia, with 700 different languages spoken. Bali sits uniquely amongst them all, with a population that hovers around the 4.5 million mark and around 80% of Balinese Hindu faith.

Being that Bali’s population is mostly Hindu, the way of life and openness towards other cultures is a delight. There are so many Balinese traditions that I find fascinating, and if you take an interest you’ll find you quickly earn the respect of the Balinese people.

Music, drama, and costumes become a feast for the senses during the many temple festivities. There are rites of passage for many milestones in life, celebrating birth, children’s ages, marriage, death, and rebirth. On any given day, you’ll see the local people in traditional dress celebrating an occasion. The women carrying bright offerings to the local temples and the men playing the gamelan music loudly.

Though different Balinese dialects exist, Indonesian is the most widely-spoken language in Bali. In the tourist areas especially, most locals can converse with you easily, but not everyone speaks English, so knowing a few words will help you communicate and make life easier. Even if you only speak the tiniest bit of the language, the Balinese will open their hearts to you very quickly. The best way of learning is conversing with the locals—they love to teach you and you’re guaranteed some laughs along the way.

It’s important to remember the Balinese are very proud of their traditions and customs and there are strict codes of conduct which they must follow within society and their families. While Western ways and Western food outlets are finding their way into Bali, the Balinese culture is dominant and should be respected. Here is a snapshot to guide you… 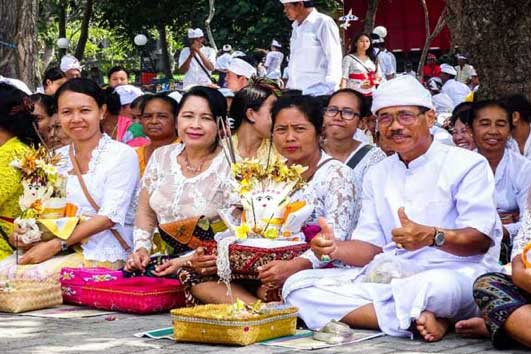 Though modern Balinese shake hands as Westerners do, the traditional greeting is the “sembah salute.” The palms are joined together and positioned vertically against the chest, and the words “Om Swastiastu” (a Balinese greeting) are normally said. This greeting should be used when entering a Balinese home.

Smiling is the best invention ever: Balinese connect by smiling at each other. The Balinese aren’t wary of each other, so they smile openly and often. So, if you’re in a group of Balinese, smile at everyone around you and you’ll be appreciated and accepted.

When it comes to communication, there’s a lot of difference between the Balinese and those in the West. People speak cordially, rarely bringing any display of emotions into their conversations. Because the Balinese dislike any form of confrontation, they use their smile to keep the situation calm. You will often find that a Balinese person will laugh rather than argue with you. They’re not dismissing you—they really don’t like any conflict.

The Balinese love to chat and it’s very common for a Balinese person to want to know everything about you. “Where are you from?” “Where are you going?” “Where are your children?” “Where is your husband/wife?” They are not imposing, just inquisitive. They love to find out more about you and they’ll share their own stories too, so just relax and enjoy the conversation. 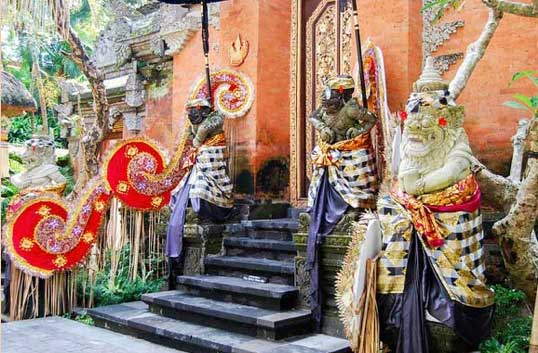 It’s considered rude to point a finger at another person. If you want to call to someone using your hand, always wave your fingers downward. Something you definitely have to become accustomed to is the lack of punctuality. Appointments will be made, but you may find you’re still waiting an hour or so later. It’s the same when you’re caught in a traffic jam; don’t offend by honking your horn. Island time sure does exist in Bali. It’s simply a way of life, just go with the flow.

Indonesians will never be openly affectionate in public. Holding hands is seen openly, but intimate gestures are kept behind closed doors. From the navel down is considered the impure part of the body. So never point to anything using your feet or sit with the soles of your feet pointing outward. The left hand is regarded as dirty, so you’ll find people will give and receive with their right hand. The top of the head is considered the pathway to the soul, so you shouldn’t rub the top of a child’s head.

You should always remove your shoes before entering a home and even some shops will ask you to do so. If you’re visiting any government office, appropriate clothing is needed. Shoulders and thighs must always be covered. If you’re visiting the north of the island where tourists are few, you should also dress modestly.

Watch out for daily offerings–canang sari–placed on the streets and beaches. Don’t step on them! These small trays are offered to the gods by locals in the morning and throughout the day. Stepping on one or over one will offend the Balinese. If you happen to do so by accident, simply apologize and keep moving.

Even though you may come across local people bathing nude in a river, the Balinese are not an open society, as some may think. Swimwear is fine when you’re on the sand, but when walking the streets Westerners should dress in at least shorts and t-shirts for men and a cover-up for women. The Balinese often bathe in the beaches, especially on a Sunday when the whole family visits. When they do, you’ll notice they are in the water fully clothed. 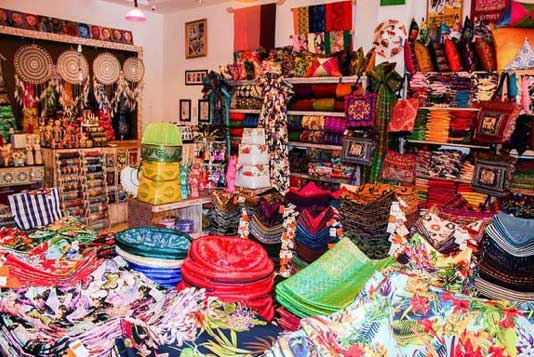 While visitors are welcomed to the many ceremonies in Bali, they shouldn’t be seen as a tourist event and some simple rules need to be followed. Always dress appropriately if you’re invited. Men and women should wear a sarong that covers the legs and shoulders.

For some ceremonies, such as a wedding or cremation, you should wear the traditional dress. A udeng headband for the man and a lace kebaya blouse for the lady. You’ll see the Balinese taking photos at ceremonies, even at a cremation, but to be respectful ask first before you click away. If you happen to come across a ceremony when out and about, be considerate and stand back to allow the procession to pass.

Something that may seem strange to a Westerner is the end of a cremation ceremony. The Balinese believe the deceased should be cleansed by fire before being sent to the after world and this is always done openly. The families deem this as a joyous occasion and rarely will you see people mourning the dead.

When attending a wedding or a new baby’s celebration, a gift of money is always well received. It doesn’t have to be a big amount.

There are many temples across Bali, some with historic significance and open to tourists. When entering a temple, proper attire should be worn; most places will rent you a sarong for a small fee. Be careful where you pose for photos when inside a temple. Anywhere where offerings are placed is seen as an altar of sorts and should not be accessed. Since we live here, we’ve invested in the traditional clothing required for attending a ceremony. It’s a real privilege to have attended three weddings, each of them different in their own way. 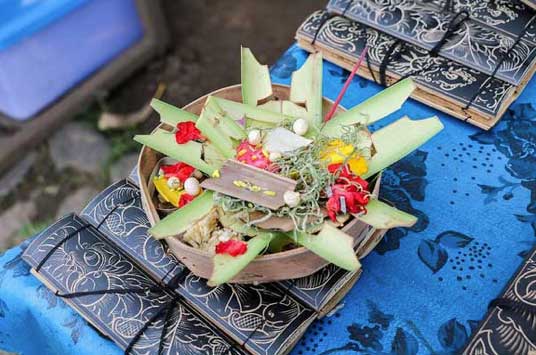 Compared to other areas across Indonesia, Bali is seen as wealthy. While most families in the tourist areas live a modest life, the average wage is around $210 per month. They’ll never earn enough money to visit another country and most of their earnings are spent on the many offerings they place daily.

As a tourist or an expat, you’re seen as living a lavish life, especially when you pay almost double their monthly income to stay in a hotel. They don’t understand you may live a middle-class life back home. It’s their perception based on money and experience, and what they witness when dealing with tourists. Stay modest and humble and don’t handle money openly. Where most Balinese work in hospitality, you’re still regarded as the person they serve. Therefore you are seen as rich.

You can bargain for many items and services in Bali, but do so respectfully and with a smile on your face. You’ll know when the vendor has reached their limit and at that point don’t push it. When in doubt, walk away. If the seller doesn’t come after you, you can be sure they aren’t prepared to drop their price any lower. You shouldn’t barter if you’re not prepared to buy.

The Balinese people are humble and welcoming. All it takes is some understanding of the culture and you’ll be readily accepted into the community.