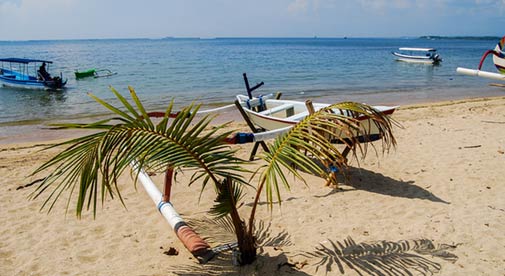 Everyone knows there are destinations in our world that are riskier than others are; even the U.S. has its fair share of safety risks. Bali is no different.

Some areas of Bali are deemed more of a risk than others and in most cases, common sense prevails. You wouldn’t choose to walk down dark streets alone anywhere late at night, why would it be any different here?

It’s the little things you would normally do in your own country which you need to ensure you continue to do while living in Bali, or anywhere for that matter. When you’re at home, lock your doors, don’t walk alone at night in unlit areas, you shouldn’t flaunt your money and ensure if you carry a bag or purse, you do so securely.

There have been known cases of bag snatching, so if you’re walking beside the roadside carry your bag on the opposite side. It’s important not to fall into the trap of becoming complacent, just because you’re living in paradise or just because you believe you know everyone around you.

One of the major causes of injury or death in Bali is traffic accidents, in particular motorbike accidents. Lack of experience, speed, no helmet, and alcohol are the main causes. Road rules in Bali are lenient—and may seem non-existent—but the Balinese will ride a motorbike and make it look easy. For the person who isn’t so confident in Bali traffic it can only lead to trouble.

The police will flag down foreigners much more often than locals, often with every right as they travel without helmets. If you insist on riding a motorbike in Bali, do ensure you have Medical Insurance and that you’ve read the fine print.

It’s important to ensure you have medical insurance that will cover you in case of unforeseen circumstances, especially if the need to be airlifted arises.

I’ve never spoken to anyone living here who feels unsafe. I have friends who have no issue in walking home together late at night, but like anywhere you have to be aware of your surroundings. There are petty crimes such as theft so it’s important to ensure your belongings are secure. Don’t store large amounts of cash at home unless you have a locked safe, and even then, ensure it’s in a hidden location.

As the world’s largest archipelago—spread across 17,500 islands—Indonesia sits between the world’s most active seismic region, known as the Pacific Ring of Fire, and the world’s second most active region, the Alpide belt. Earthquakes and rumbles are a common occurrence. During our time here, I’ve only felt one strong earthquake, but I do feel little shakes from time to time. It adds to the adventure.

Bali is home to two active volcanos. Mount Batur and of course Mount Agung. With the eruption in 2017 of Mount Agung, much hysteria was placed on Bali in regards to the safety of living in a country with active volcanoes. The southern towns of Sanur, Kuta, and Seminyak are at least 40 miles away from the volcanoes and quite safe from any danger.

In the case of an eruption, air quality could be an issue. Ash clouds are dangerous, but when they’ve occurred in the past, they’ve blown over the island fairly quickly.

It’s a matter of remaining indoors or wearing the correct mask if it’s necessary for you to be outdoors. In November 2017, Denpasar airport was affected by the ash clouds but the longest period of disruption was three days.

As the crow flies, Ubud is 20 miles away from Mount Agung and the town did report some falling ash at the time of the eruptions. At the time of writing (June 2018), Mount Agung is still regarded as active and a one-mile exclusion zone remains. Most local people have returned to their villages and life continues as normal.