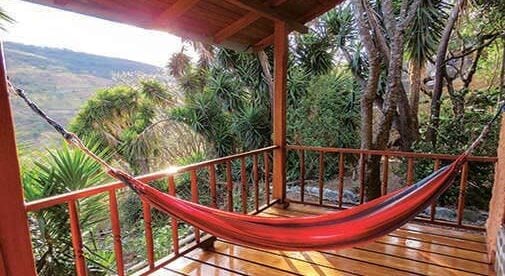 A quiet spot to hang your hammock, and warm sunshine year-round. Vilcabamba delivers both. ©Nazareen Heazle.

For years, Ecuador has been on the radar of retirees and other expats seeking a low-cost overseas bolthole where they can pay less for their daily expenses, medical care, and more. But that’s far from the only reason to settle in this South American nation. The country also offers modern conveniences, rich traditional local culture, and, being located on the equator, it has a dependably pleasant climate. It’s temperate in the highlands, thanks to the elevation, but warmer on the coast. A bonus: the U.S. dollar is used as the local currency.

From the snow-clad slopes of the Andes mountains down to the Pacific coast, Ecuador also packs in a range of landscapes and lifestyles. Picturesque mountain towns; vibrant beach communities; colonial gems packed with historic architecture, to bustling and sophisticated big cities. There really is something for everybody. That variety extends to the property market too, with real estate options to fit every budget.

Nestled in the foothills of the Andes Mountains, surrounded by farms and pastureland, little Cotacachi—population about 8,000—is an artisan village known best for its leather goods. It’s also an insider favorite for a sizeable and active expat community.

Cotacachi is peaceful, calm, quiet. It’s the type of place where families gather in the town square on weekends to enjoy a bit of street food and let the kids run around. Everything seems to shut down after sunset, giving way to evenings soundtracked by nature. It’s a pleasant place to spend time outdoors. The weather is temperate year-round—though it does get cool at night.

The indigenous presence is strong here, which means plenty of traditional festivals and celebrations, as well as food and craft markets. Expat influence has brought international restaurants and other amenities, but there’s also a sizeable city, Ibarra, just 45 minutes away when you need something you can’t find in Cotacachi.

Just outside the town proper is a two-bedroom home on a half-acre lot in a gated community. Constructed of adobe, it features high ceilings and open floor plan, as well as a large front porch and sunroom.

Once a retreat for Incan royalty, Vilcabamba gained fame in the 1970s. Researchers claimed that local inhabitants tended to live to a very advanced age, up to 135 years in one case. Vilcabamba soon earned itself the nickname of “the Valley of Longevity.” (As it happens, it was later discovered that villagers’ ages had been exaggerated, and the researchers hadn’t been very painstaking in their fact checking.)

Still, what was said to have caused the longevity of residents: mineral-rich waters, an ideal climate, exercise, and healthy diet, are all very appealing and a big draw for foreign newcomers looking for a better lifestyle as they age.

Temperatures stay in the 70s and 80s F year-round, and the views of the hills and mountains, where you can hike or horseback ride, are glorious. And, far from a simple country village, its status as a stop on the international backpacker circuit and as a low-cost hub for expats means good restaurants, live music, excellent artisan stores, and other “modern” offerings.

A two-bedroom home a few minutes from the town center features citrus trees in its attractive landscaped garden area. Set on a hillside, there are panoramic views from the terrace.

With around 300,000 inhabitants, Manta, on the Pacific coast, is Ecuador’s fourth-largest city and also a favored vacation destination thanks to its beautiful beaches. As a thriving and growing city, it also features plenty of comforts for full-time residents. Count on shopping malls, theaters, developed infrastructure, modern hospitals and clinics, and a wide variety of restaurants. Manta is also a major fishing port, so seafood is a centerpiece of many menus.

The city plays host to a major Carnaval celebration that brings thousands to town each spring, as well as other major festivals throughout the year. It’s a happening place. And access is set to get even easier with a planned expansion to the airport that will allow international flights. That could significantly boost visitor numbers.

A luxury two-bedroom condo, in a beachfront building in the heart of town, features expansive views of the beach and the Pacific from the large balcony. It features custom finishes like German flooring, imported furniture, and other high-end design elements. It comes partly furnished. There is also ocean-view infinity pool, hot tub, sauna, steam room, gym, and other amenities.

Plenty of Choice When Buying Your Dream Home in Cuenca, Ecuador

The Best Beaches in Ecuador