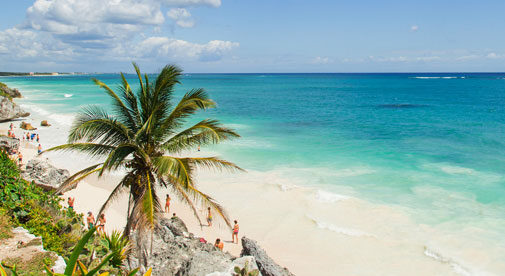 Visa’s, renewals, legal residency, and visiting La Oficina de Inmigración—the Immigration Office, is something that makes a lot of expats break out in a cold sweat. When in reality, right now it’s quick, easy, and like catching up with an old friend.

If you have ever thought of moving to Mexico, now is the time to do it. The new streamlined process for visas and residency means what used to take months, now takes weeks.

Yesterday I renewed my Residente Temporal, Mexican Residency (Temporary). For the fourth time. But, this year it was amazingly simple. Almost fun. I left with a smile on my face and felt like having a champagne toast to the new renewal system.

This is what happened.

Curious to see if there were any procedural changes due to COVID-19, I popped into the Immigration Office. I was double-checking to see if there was additional paperwork to go along with the usual renewal process. Boy am I glad I did!

The process has completely changed and is so easy now. The Mexican Government has streamlined the renewal process for residents.

Now, it is very quick and easy with only a handful of forms. No more finding translators, getting letters and a year’s worth of bank statements translated into Spanish. No more running around for most of the day photocopying what amounts to cutting down a small tree’s worth of paperwork.

Now it’s stress-free and not time-consuming at all. The whole process took me about half an hour at home. That’s filling out my application online along with reading, translating, and filling out a few written forms. All from the comfort of my kitchen table.

Then a quick trip to the bank to pay the annual fee and it was off to Immigration.

No lines. No queuing up waiting for hours. Because this streamlined process is so efficient I was welcomed in and seen straight away. Checking my forms to see they were filled out correctly, it was a matter of stamp, stamp, stamp and I was done.

The entire visit was over and done within 15 minutes and we giggled through the whole process as I practiced my Spanish with the girl behind the desk. What can I say, any chance to use my budding albeit bad Spanglish.

No stress. Actually, it was quite fun. And yes, I did end up having a glass of wine to celebrate how easy it was. But the best is yet to come.

They said it would be done within three weeks. Not three months. But that’s not even the best part.

Calling in again the following Monday (I put my application in the previous Wednesday) for a query for a friend, the girl behind the counter told me it was done. Approved in three days. Not three months. Wow. I was blown away.

An appointment has been set for the usual fingerprinting to be done this Monday and that’s it. I’m done. Finished. The entire process has taken just over two weeks.

I will walk out with my new residency card that day. In about half an hour.

After the fingerprinting is done they now have the technology to print my new residency card on the spot in the office. Before it would have taken between two to three weeks because it was sent away. Now it’s just half an hour.

I can’t stop smiling. This entire process will have taken just over two weeks and my residency is done for another year. I cannot believe how quick and easy this new process is. Two weeks, not four months.

The new system is such a stress-free system. Compared to how the process used to be I think I’m a little in shock at how easy the whole thing was.

See, my residency is up for renewal each year around mid-March. Each year for the past three years I’ve had to start preparing and gathering all of the necessary information in February. Then pay a translator to have everything translated into Spanish, including a year’s worth of bank statements.

Everything was then photocopied ending up in huge amounts of paperwork. Then up-to-date photos would be taken before paying the fee and photocopying that in triplicate as well.

When all of this was finally ready, you made an appointment and usually had to put aside a morning to spend at Immigration.

Last year I submitted early, just before COVID-19 hit thank goodness. I was stuck at Immigration in a warm room stuffed with expats all unhappy because the air-conditioning had gone out.

Mexico is hot. With one tiny fan, it was stuffy and uncomfortable so imagine how pleased I am this year when there wasn’t an expat in sight. No offense to my fellow expats but it wasn’t something you looked forward to.

This year, it was just smiling faces and come right through to the counter, please. Not one single expat in the office.

I’m not the only one who has found this either.

Friends here on Cozumel are applying for residency for the first time. Starting the process in Miami, they have already come down to their oceanfront condo and will have their residency cards next week.

Having lunch last week they were both laughing at me as I told the equivalent of an expat war story and how it used to be. The hot office, the tiny fan, the waiting. The unhappy expats all wanting to be elsewhere. Okay, I may have embellished a little but overall, it’s not something anyone looked forward to previously.

But this new process has taken the stress and scariness out of residency. I’m certainly thankful for the speediness and if you are looking at moving to Mexico now is the time to do it.

Our Full Guide to Mexico Visa and Residency Information