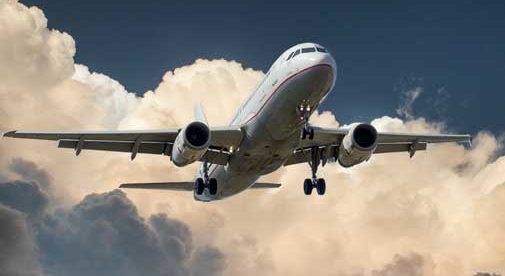 Low-cost airlines have peppered Europe and the U.S. for years, offering cheap flights with no frills. But now, those cheap flights are starting to extend over the Atlantic, bringing Europe closer than it ever was before.

So, which airlines are offering to take you across the pond for less? And what’s the catch in these underpriced flights? Let’s find out.

The Good: Norwegian flies low-cost to over 100 destinations, meaning that you have plenty of options to choose from when booking flights. From the States, you can get to almost any major city (and some not-so-major cities) in Europe for under $500 per person, round-trip.

The Bad: That price only includes the flight itself. Food, seat assignments, and checked luggage are all things that you will have to pay for separately. So, pack light and bring a sandwich.

The Good: Owned by the same parent company as Iberia, British Airways, and Aer Lingus, Level’s fleet of brand-new Airbus A330 planes offer generous legroom. You can even get WiFi on the plane (for a fee, of course).

The Bad: The extra charges increase the price of your flight significantly. Even the little blanket and pillow you normally get on transatlantic flights will cost you. Also, Level only has limited flight destinations and origins. So, if you live on the East Coast, or if you want to see somewhere other than Barcelona, you might want to find a different airline.

Example Flight: San Francisco to Barcelona, $447.91 round trip, including taxes.

The Good: This German company allows you to fly from many cities in the U.S. to various destinations in Europe. The Condor website has a great world map that helps you choose destinations and compare prices quickly. Also, the lowest fare on Condor actually includes one checked bag and a free meal, which is a nice improvement.

The Bad: Many travelers’ complaints about Condor’s flights include the fact that a lot of their planes are quite old, and the meals are rather small. While they do include more, the final price is somewhat more expensive than other low-cost airlines.

Example Flight: New York to Munich, $862.65 round-trip, including taxes, one checked bag, and a free meal.

The Good: This French company offers exclusively business-class flight from New York to Paris, bringing luxury to a much more affordable price. Everything is provided for your comfort, including massage chairs that recline to a 175-degree angle. The flight price includes a free meal and two free checked bags per person. You also get access to the lounges in Paris CDG and New York Newark. Currently, La Compaigne runs a fleet of Boeing 757s, but as of 2019 they will be adding two brand-new Airbus A321neo, which will feature full-recline seats.

The Bad: Obviously, this is not the cheapest airline in this list. But it is certainly the cheapest business-class you’ll find.

The Good: Expecting you to exclaim their name in delight when you see the prices of their flights, this airline flies for some of the lowest prices I have ever seen. Their fleet is also one of the youngest in the air. Flying from U.S. cities such as L.A., Boston, Chicago, New York, and many others, you’ll have access to destinations in Europe including Reykjavik, Milan, Warsaw, Berlin, Stockholm, Brussels, Barcelona, and more.

The Bad: While most of the above airlines include at least one carry-on bag, WOW charges for that as well. To avoid extra fees, you can only bring one personal item, and you’ll need to bring your own food as well.

With prices to Europe getting cheaper and cheaper, now is the time to book a flight across the pond. For the cheapest prices and the best destinations, I’d stick to Norwegian and WOW…but don’t forget La Compaigne for the best in business-class.