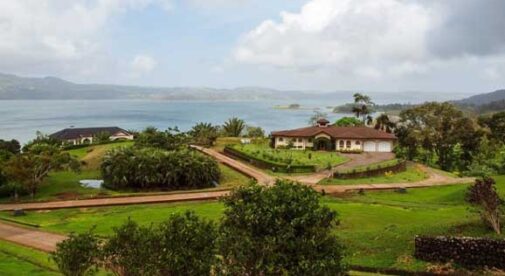 One of my all-time favorite real estate plays is to buy what I call “overlooked and unloved.” You find a property that’s undervalued; a half-finished villa, a large abandoned lot, an older home that’s dark and drab…and you get it for a steal. Then you clean it up, finish the building off or subdivide the lot and sell on for a big profit.

Equally, you could use this strategy to find top value on a historic property, whether you want to use it as a full-time home or to generate rental income.

The trick is to find the diamond in the rough that goes unnoticed. Sometimes, even in a healthy market, certain kinds of real estate fall out of fashion. That’s not because the real estate has no inherent value. Rather, it’s because locals fail to see the value of what’s in front of them.

In Latin America, it happens because local buyers tend to favor new builds. So colonial beauties are allowed to fall into disrepair. In Ireland, Italy, France, and others, I’ve seen it happen to the historic farmhouses and cottages that dot the countryside.

To an outside buyer, the history and charm that comes with an older home is valuable. To a local, what they see is something “old.” But if you have the time, money, and skills to renovate an older building, you can do very well.

It’s not just historic properties that get overlooked by local buyers. Sometimes a particular address falls out of fashion. Or a type of property. While everyone is buying up three-bedroom homes, a less fashionable but still comfortable one- or two-bedroom home might be going for a song.

Let’s look at a few destinations around the world where you can do well buying “overlooked and unloved” today.

Because of domestic factors like a flailing economy, low confidence, and a weak appetite for real estate investing among Italians, you can find bargain real estate. And because of international factors, like millions of tourists visiting Italy’s historic cities, there is a surging demand.

It’s a pure income play and not without its pitfalls. But done right, very profitable. That’s why, a few months ago, I sent two of my scouts to Italy in search of overlooked and unloved real estate in the tourist meccas of Rome, Florence, and Venice.

Italy’s historic cities have relatively expensive and glamorous real estate right on the main square and boulevards—places the celebrities and industrialists have owned for generations. It’s almost never rented or sold. It’s just sits there and gets used for cocktail parties when it’s opera time in Verona, or the annual film festival in Venice.

Day in and day out, hordes of tourists walk past and gaze in through windows. Walk a few blocks—15 or 20 minutes in any direction—and you will find something completely different. Overlooked real estate that no one wants to live in. But millions and millions want to rent…because you are literally steps from those main boulevards and attractions.

For example, in Florence one of my guys found some incredible bargains in the Porta al Prato district, just a 20-minute stroll from the city’s main sites. It’s a livable part of the city, between the river Arno and the train station, with kids playing in parks, people stopping for coffee and cake in stylish cafés, and it has some nice-looking trattorias.

In terms of income, two-bedroom rentals in the Porta del Prato area were going for €95 a night—that’s $111. And tourism hasn’t returned to Italy in earnest yet. I expect those rental rates to jump by 50% or more as travel returns and the demand-supply balance flips back in favor of landlords. Our window of opportunity is still very much open and right now we can fix a long-term interest rate that’s significantly negative in real terms (allowing for inflation).

In Rome, I see the biggest opportunity in the Esquilino district, and in the area close to Termini Station. Once regarded as one of the seedier parts of Rome’s center, the area surrounding the city’s main train station has gotten a facelift.

No longer a place only to be tolerated as you move to and from Rome’s central districts, Termini and the larger Esquilino area are quickly becoming worthy of a spot on any tourist’s itinerary. And, due to its proximity to Centro Storico, and its significantly lower cost, it’s a prime spot for a high-yield Airbnb.

For instance, my scout found a two-bedroom apartment right next to Villa Wolkonsky, home of the British ambassador, five minutes’ walk from Basilica of San Giovanni, and 15 minutes from the Colosseum. It’s 70 square meters (753 square feet) and costs €200,000 ($227,235).

This is the kind of place that could easily fetch you €150 ($175) a night at high occupancy. Really strong yield potential. Pair that with a low-cost mortgage and it could be cash flow positive from the outset. Essentially, handing you a base in Rome that pays for itself.

Profit From a Price Anomaly in Thailand

When I first visited Chiang Mai in 2013, I was amazed at how internationalized it was. The city had arrived as a major regional hub for trade, commerce, and education. Whole areas were taken over by digital nomads and expats. There were Japanese retirement communities everywhere. Students from all over Asia. And big money pouring in from China’s rising middle class.

They were there for the good weather, the delicious food, and all the little luxuries the lower cost of living allows. There’s a rich art scene, great healthcare, loads of social activities, and an international airport on the doorstep.

This influx of rental-seeking foreigners has driven profits for savvy investors, who snatched up high-yield real estate.

Yet, there’s an anomaly that has gone overlooked ever since then.

The thing is, new-build condos in Chiang Mai are typically around 40 square meters. Chinese and Thai buyers mostly go for the shiny new condos. There are cultural reasons for this—they usually just aren’t as interested in rental returns. Real estate is seen more as a store of wealth.

The popular neighborhood of Nimmanhaemin—Nimman for short—is Chiang Mai’s most popular district with renters. It’s compact and walkable with three or four main streets and side lanes stuffed with trendy hangouts.

When I first visited in 2013, I found opportunities to make gross rental yields in the region of 10% to 15% per year. As I predicted, prices have risen in Nimman since. For new, top-end, pre-construction condos you’ll now pay around $300 per square foot. But you can still own a spacious condo for as little as $100 per square foot or less by buying something older.

However, more folks are catching on to these deals, and they’re starting to get scooped up fast. This one is very much a limited-time opportunity.

Arenal is a tranquil, rural area in Costa Rica’s northwest. It’s got enormous appeal. The landscape is magnificent—green hills around a huge lake, with volcanic peaks towering in the background.

The lifestyle here is outdoorsy and rugged, in the best ways. You can hike for miles up grassy hills or ride your horse from one end of the lake to the other. And because of the volcano, if you get too sore from your activities, you can soak in natural springs.

Amazingly, it’s not packed with tourists. It’s not because it’s tough to get here… you have great access to two international airports, in San José and Liberia, on good roads. It’s just been missed by the tourist crowds. You’ll often have the lake all to yourself for fishing, kayaking, and standup paddle boarding.

Arenal is still very affordable. And if you’re looking to buy lakeview, you can do very well on a home or lot here. The best play right now is to take something unloved, but with potential, and to add value through clever thinking, a few bucks, or some elbow grease, to create a new use for an underappreciated property.

For instance, one opportunity I’ve seen here was for a guesthouse that could be a nice little earner for an investor with time to spend on a project. It was a five-bedroom, three-bathroom house just a few minutes’ walk or bike ride from the town of Nuevo Arenal. Though small, it has just about everything a vacationer might need; stores, ice-cream stands, and restaurants.

A simple way to get a lakeview home for free.

Another opportunity I came across here was for a 3,000-square-foot house that came with 13 acres of land. The list price was $385,000, and it had an incredible view of the lake.

I figured you could subdivide some of the land around the house and sell it…keeping, say, half for yourself. It’s relatively easy to do.

The heavy lifting was already done on the infrastructure—the biggest expense when you’re carving out lots to sell.

That would still leave you with plenty of land to subdivide into lots and sell off. Lots of an acre-and-a-quarter in size, with lake views, would sell for $80,000 to $100,000.

Sell a total of four lots and you would recoup the purchase price—and bag the house and up to eight acres of land without being a penny out of pocket.

That’s it…a simple way to get a lakeview home for free.

Buying your Dream Home in Costa Rica is Easy