The Bay of Kotor is over 12 miles long and its shores have been inhabited since Roman times. ©iStock/AntonAleksenko

The first glimpse of Montenegro’s Bay of Kotor is something special. Steep mountains rise majestically from the great fjord-like bay’s sparkling blue waters, all fringed with tiny clusters of medieval towns and church towers built from honey-colored stone.

As mass tourism engulfs many parts of Europe, the idea that this place ever flew under the radar is almost incomprehensible. And yet, that’s what happened. A relatively tiny coastal country in the heart of the Balkans, Montenegro sits at the tail end of the Dalmatian Coast, next to Croatia, Serbia, Albania, and Bosnia and Herzegovina. And while neighboring Croatia went through decades of tourism growth right across its Adriatic coast, Montenegro has remained relatively unexplored by most Westerners.

Indeed, it is the success of Croatia’s tourism industry that brought me here. For a few years now, little Montenegro has been touted as the upcoming “it” spot of the Mediterranean. A place with all the right pull factors, that could easily mirror Croatia’s growth in the coming decade.

Naturally, I needed to see it for myself, assess the opportunity, and uncover any potential real estate plays that could throw off the kind of returns I hunt for as an international real estate scout and investor.

I had visited the Croatian city of Dubrovnik in 2005. Back then, it had seen a big run up in prices over the previous few years, and I followed it closely as prices continued to rise to even higher levels. Since then, prices have shot through the roof as the city established itself as a true blue-chip European tourist destination.

Montenegro has remained undeveloped for so long.

Yet, just over an hour from Dubrovnik, prices in Montenegro show a striking disparity. In the Bay of Kotor, you’ll pay two or three times less for the same kind of real estate.

There are a number of reasons why Croatia pulled ahead. For instance, its ascension into the EU in 2013 was a major driver of tourism from Central and Western Europe. Add cheap, direct flights from low-cost airlines, and an extraordinary island-speckled coast that encompasses enchanting medieval cities. Its rise as a tourism powerhouse was inevitable.

Now as more and more tourists spill over from more expensive Mediterranean hot spots in Italy and Greece, my thesis is that the next five to 10 years will see Montenegro’s real estate values converge with Croatia’s as it establishes itself as a go-to destination. This, in turn, creates a very promising opportunity for real estate investors who get in now.

Not that Montenegro is entirely undiscovered. Tourism makes up over 20% of its GDP. Kotor, in particular, is a popular spot for cruise ships. However, it’s still a long way from the kind of mass tourism you see right now in Croatia and elsewhere in Europe. Russia and Ukraine represented one of the most important tourist markets for Montenegro in the last few years. Because of the war, it has seen a significant drop off in visitors from these regions.

In fact, the conflict in Ukraine could be acting as an accelerator here. The void left by Russian tourists is being filled by British, Swedish, Germans, and tourists from other countries that may have never considered vacationing in Montenegro before. Despite the drop off in visitors from the east, tourism this year has grown 10% over 2019. And not only does it mean more visitors, but also more people who are likely to buy real estate.

Word is getting out, and I expect Montenegro will soon be on everyone’s radar. As I mentioned earlier, it has many of the same pull factors as Croatia—but you can still avoid the tourist hoards and generally find better value.

Montenegro’s real estate market had its first boom in the early 2000s, when it started to garner some minor attention as an emerging vacation and second-home destination. Price rises were driven primarily by Russian buyers. But ultimately it was unsustainable and the bubble burst following the financial crisis in 2008.

Ever since, price appreciation has been slow. But that might be a good thing. Montenegro has been on an upward trajectory for years. It declared its independence from the State Union of Serbia and Montenegro in 2006 and joined NATO in 2017.

It’s also widely expected to join the European Union by 2025—or 2028 by other estimates. However, the more connected folks I spoke with have a different take. They won’t be surprised if EU accession doesn’t happen. It would come with rules and bureaucracy that won’t suit little Montenegro. They seem comfortable with pointing towards the EU but staying just outside. This has pros and cons for investors. EU accession could make the opening up of a mortgage market much easier. Staying outside keeps them nimble. And from speaking to locals, I got the impression that many were perfectly happy with the status quo.

Montenegro’s great advantage is that it remained undeveloped for so long. While Croatia got in the game early, and built to mostly middle-class Europeans, Montenegro is taking a different approach, targeting the wealthy superyacht set with large government-backed projects in places like Porto Montenegro, Porto Novi, and Lustica Bay, all of which have been attracting ultra-high-end resort brands such as One&Only and Regent.

However, as a real estate investor, prices at the top end of Kotor’s market don’t add up for me. I don’t see the type of upside I look for on behalf of my Real Estate Trend Alert group. The folks who buy at the luxury end don’t usually care what they’re buying—or how much they’re paying—because they’re making an investment for citizenship or residency. I’ve seen tiny suites in this category listing for about $500,000. These super high-end condos can list for $1,000 per square foot. But the problem with this kind of inventory is that yields are typically very low because of the price.

On the other end of the market, you have the older, more local properties. These are condo projects built in the last couple of decades. They’re often extremely inexpensive, so you could generate OK yields. However, they’re simply not very nice and tend to look dated. I don’t see them aging well or being very sought after.

What’s noticeably absent is something in between the super high-end and the lower end of the market—the type of properties that would appeal to the midor upper-end European market. The few that do exist don’t reach the standards that I’d expect in terms of build quality, layout, and amenities. 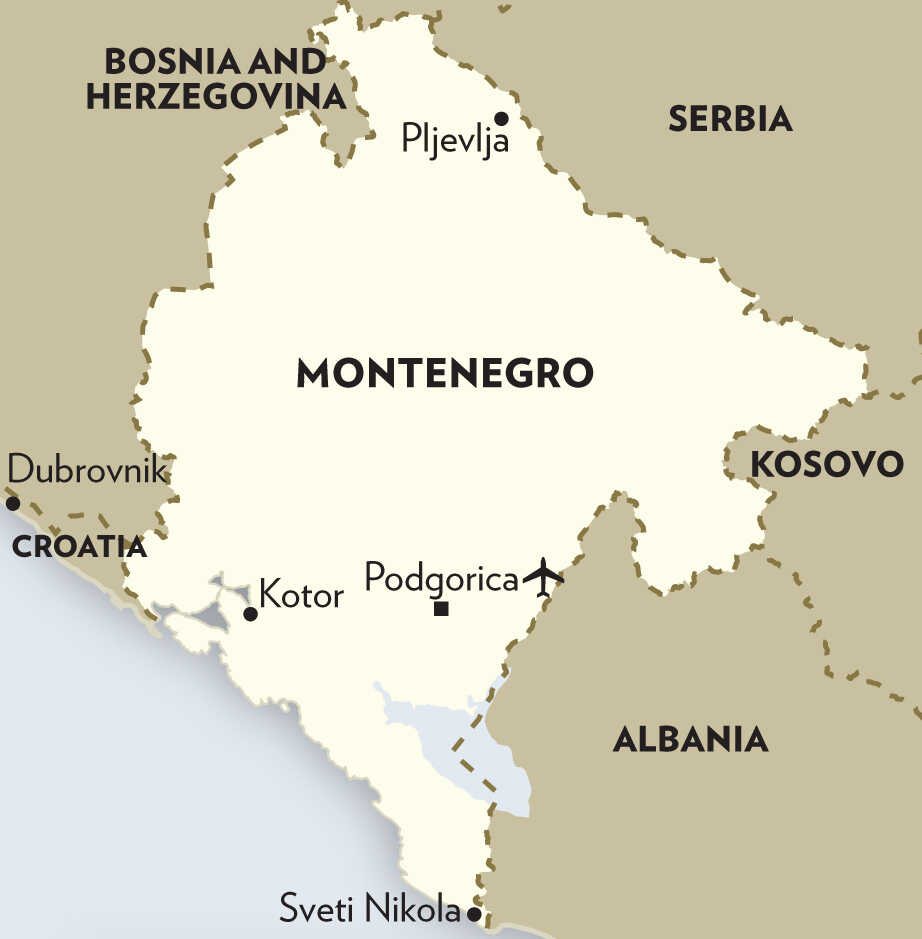 Digging into the numbers—the various cost components and the permitting process—I didn’t find any reason inherent to the industry why more mid-upper market communities aren’t being built. It’s likely due to the lack of mortgage financing, which isn’t available here for foreign buyers. That’s why you have only the super high-end and the local market. The British and German buyers—who are the prime target for mid-upper market condos— usually want financing.

So, while the demand might be there, the product isn’t yet there to meet it. But I assure you that it will be. Visit this coastline in 10 years’ time, and it will be dotted with stylish mid- to upper-market condos— the kind that I’ve been recommending to members of my Real Estate Trend Alert group in places like Mexico and Panama.

However, I don’t recommend waiting for a developer to come along and see the opportunity. You play it by acting now and locking down the land that these developers will want to build on.

Essentially, what I see here in Montenegro is a land-banking play. The cost of developable land around the Bay of Kotor is still extremely low by international standards. Figure on spending as little as €80 to €100 per square meter (or about $8 to $10 per square foot) for developable land with great views, 15 minutes’ drive from Kotor town. Then you sit and wait as development rolls in and the financing process irons itself out.

I believe the rising number of tourists and the extreme shortage of mid- to upper-level rental options make this play a no-brainer. And I figure you could see your money triple in five to 10 years.

A Guide to the Highlands of Montenegro

The History, Beaches, and Bistros of Budva, Montenegro