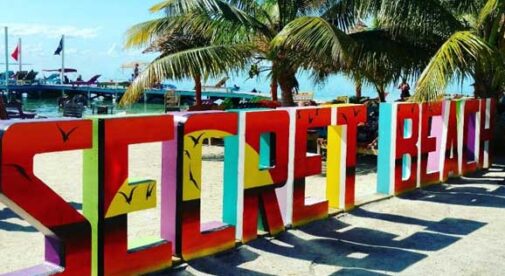 Belize has had an admirable rebound from COVID. There have been countless positives in the news over the last year and a half about life here in Belize. And a lot of this positive news has come from some unexpected sources.

COVID showed the world that some previously, possibly undervalued, qualities about certain places, made these places very attractive and desirable in light of the worldwide pandemic. Belize was one of those…it was the last in the Americas to get a positive case of COVID and the first to have no active positive cases in the country. This is remarkable and unexpected for a small, rustic country. It can be accounted for because of the low population density, the nature-based way of life, and the open-air nature of life here.

Belize has started to rebound post-COVID and what is traditionally the “low season” has actually been quite busy here. Several projects that were started just at the beginning of COVID saw a staggering increase, especially in light of the overall decline in real estate prices in many places in the world.

However, some of the places that have gotten very popular recently, are a gamble, and we wanted to shed some light on the possible positives and negatives about some of the crazy growth shown in some of the new hotspots in the country.

Things to Consider Before Relocating to the Secret Beach Area 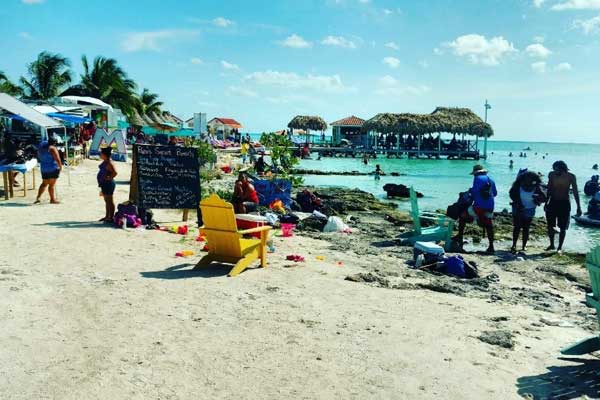 One of the hottest new places that is developing in Belize is the Secret Beach area in Ambergris Caye.

Secret Beach is a huge, untouched area on the leeward side of Ambergris Caye that used to be an actual “secret.” I was lucky enough to see it and experience it when it was a bumpy dirt road, and I was the only one swimming in the water off the westward-facing coast, known for its sunsets, miles of waist-deep water, and views of islands in the distance (including Leonardo DiCaprio’s island.) Because of sargassum seaweed (a thick seaweed that has been plaguing the Caribbean’s eastward-facing beaches, that became worse in 2014, and has been a problem off and on), which caused the pristine white beaches of Ambergris Caye, in the very popular reef-facing Caribbean side, to have constant morning clean-ups, people in Belize started to look at the undeveloped areas on the leeward side of the island.

Up until recently, there were few power lines or city water on the leeward side of the island, and there were certainly few reasons for most to head out that way. The bumpy, long road, few lights, and fewer Caribbean breezes caused more mosquitos keeping people on the east side.

Sargassum issues led many entrepreneurial Belizeans and expats to open a stretch of funky, bohemian beach clubs, bars, restaurants, boutique hotels, and now, luxury homes, on the leeward side of the island. This began several years ago and has taken off and been remarkably successful. “Secret Beach” has become a must-do on Ambergris Caye, and is definitely NOT a secret anymore. With that development, normally, retail follows rooftops and, in this case, rooftops have followed retail. There has been an explosion of development on the leeward side of the island. Expats are flocking to these new developments in staggering numbers. It is hard to keep up with the number of new projects happening out there, and water and power are stretching out farther and farther.

I get a lot of questions about this area— where you can currently find listings for brand new, adorable beach cottages starting in the $100,000 range. There is no doubt that there are few places in the Caribbean where you can buy such value right now, but there isn’t a lot of information out there yet about the negative side of being a front-runner in this area.

The first thing to note is that Secret Beach is still a relatively remote area. You have to drive over miles of sand/dirt, unpaved road to get there and after storms, or a long period of the road not being “planed”, the road can be treacherous—even unpassable—after a big rain. If you live out there, it can be a 30 to 45-minute golf cart ride to the nearest store just for your basics. During the rainy season, this is something to note that would require some planning/understanding in advance. There is still no power or water to vast sections of this part of the island (there are solar options and cisterns). Driving can be dangerous with tourists that drink and drive, and the lack of lighted roads. 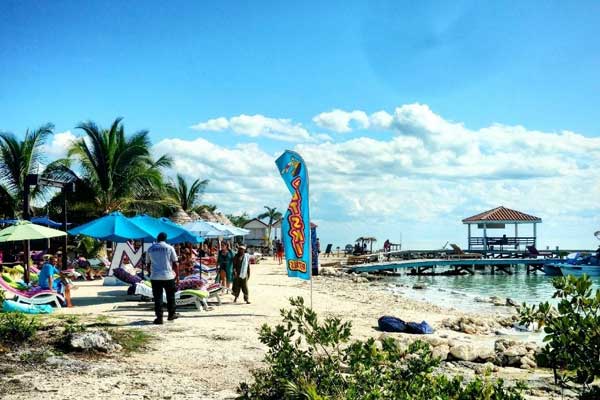 The next thing you need to consider is the bugs. Although most people that live here over the years find ways to deal with the bugs and to master the art of the right sprays, fans, and when to stay inside—it takes time to master. If you are new to the tropics, the first year of living here might be extremely challenging if you don’t have the insights of long-term residents about bug management. There are no guarantees about any particular development “making it”—you only have to look at other projects in Belize, such as the Reserve/Sanctuary, or The Placencia, to see what it can look like when you invest in projects that don’t take off as planned—awkwardly spaced homes and empty lots, and the promise of conveniences built up closer to home that never come to fruition. Other times, investing early can pay off in a huge way. Places like Grand Caribe on Ambergris Caye, or Coco Plum in Placencia, are examples of places that have thrived, and been a very successful investment for early investors.

While you will be steps from gorgeous water, and nothing can take away from that view, the leeward side has some unique challenges as well. There are periods of time where the previously mangrove-covered coast has large births of little insects (often called sea lice, sea roaches, and other unappealing names), that can be prevalent in the waters on the leeward side. If you know and expect this (and it isn’t constant) it is manageable, but combined with the other learning curves, this can be a big turn off for those who were expecting perfection, which can be easy to forget, when you see the amazing sunsets and the stretch of appealing fun to be had at Secret Beach. You also need to be more cautious of shallow water if you intend on boating, or even crocodiles in certain areas on the leeward side—although this has not been reported often in the Secret Beach area. (Other leeward-facing areas on the island, you do have to plan for and be mindful of crocodiles, especially if you have pets). 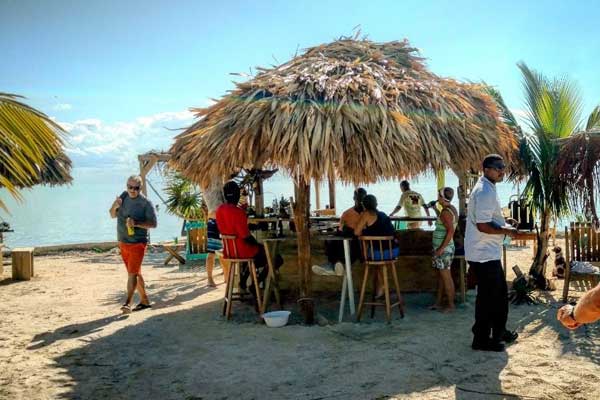 This is not to say that the Secret Beach area is an investment to reconsider. In fact, it is one of the hottest and best value areas in Belize and I would encourage everyone to consider it. If you already have some seasoning in the tropics, some of these negatives may be things you already have experience with. For many northerners coming down to the tropics for the first time, there is a reason why the breezy, less buggy, less crocodile/buggy/more boat-friendly waters of the east side are infinitely more expensive. If development continues at the current pace at Secret Beach, this could be one of the best investments you can consider in the Caribbean right now—if you can get through the challenges of the first year!

Belize on a Budget: What You’ll Find in Ambergris Caye, Placencia, and Cayo