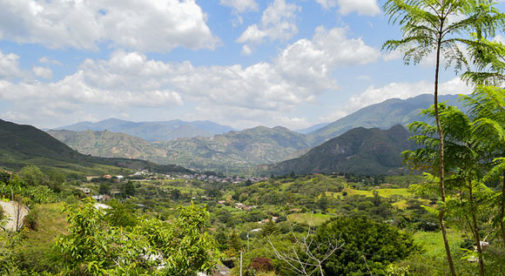 One of the things my wife, Suzan Haskins, and I have come to value over the years that we’ve lived abroad are well-organized expat communities.

We do know some expats who were determined to be pioneers and boldly go where no North Americans had gone before. But for us…and most other expats we know…there are undeniable advantages to having people around you in your chosen expat destination who have already blazed a trail, made the most common mistakes, and learned the ropes.

At the very least it means you won’t have to blaze that same trail, make those same mistakes, and learn those same ropes on your own if you don’t want to.

Let’s face it…almost any destination you choose to live or retire abroad will be different from where you started. There will be plenty of novelty, unfamiliarity, and challenge waiting for you no matter who has gone there before or how big the expat community there happens to be.

Most of us expats are relieved to find someone to help us find the best butcher, hardware store, and handyman rather than having to figure it out from scratch for ourselves. It can save a lot of time, money, and frustration.

Are there some destinations that are overrun with expats?

It depends completely on how you feel about people just like yourself. We know some expats who feel that the fewer expats there are in a place, the better that place is for the expats who do find it.

And it is undeniably true that the more North Americans there are in a particular place, the more the businesses and services of that place will try to cater to their needs and wants. If what you’re after is a completely unspoiled local culture, a destination with a large expat community won’t provide it. You will inevitably find local restaurants that serve meatloaf and pizza, local bars that play North American music, local food stores that try to carry North American brands, and local builders who include North American-style floor plans in their offerings.

In communities like this, you have choices. If you have strong convictions one way or another, you can either patronize the businesses that try to offer you products and services that remind you of home, or you can patronize those that don’t.

In our experience, the vast majority of expats do both. They happily shop at the local mercados for local produce and patronize the local restaurants for local dishes…and they just as happily patronize a place where they can order the occasional cheeseburger and pizza while watching some U.S. football or baseball.

Of course, there is a long history in the U.S. of foreign expats settling together in the Little Italys and Chinatowns of so many American cities, and the same thing happens in some destinations popular with U.S. expats. Many of them have their Gringo Gulches and Little Americas where expats have settled together.

Everyone has their own views on whether this is a good or bad thing. But one thing is certain: These expat enclaves can help make a transition abroad much smoother and easier because there is a body of on-the-ground experience and first-hand knowledge there that, simply because you’re a newcomer, you won’t possess.

Taking advantage of that experience and knowledge if it’s available just makes sense.