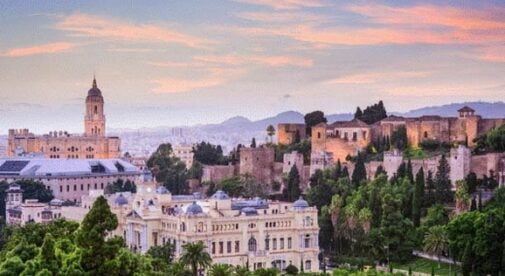 Depending on your frame of reference, this is either good news or bad news.

The news: More Americans are saying goodbye, farewell, auf Wiedersehen to Uncle Sam and his American way of life.

These increasing numbers of Americans are decamping for Europe, says a recent Bloomberg article that was picked up and run all over the place it seems like. I came across six or seven versions of this story in the last week, all quoting the original Bloomberg piece.

As for the rationale…that’s where we get into the descriptive “good” or “bad” and one’s particular frame of reference.

As Bloomberg frames it:

“More Americans are relocating to Europe, driven across the Atlantic by the rising cost of living, inflated house prices, a surging dollar and political rancor at home.”

I’m not choosing sides here. I will instead simply relay a few facts:

I’ve now visited 33 of the 44 European nations. What I can say with some degree of authority is this: Europe is a damn nice place to live.

Outside of certain metro regions such as London, Paris, Dublin, and the Nordic capitals, much of the continent is highly affordable.

I’ve written this before, but my cost of living in Prague, a major cultural capital in the center of Europe, is cheaper than my costs when I lived in South Louisiana…and the quality of life and the safety factor are easily 10 times better.

The roughly $3,000 per month you’d need to live well in Malaga, Spain, would cost you about $6,700 in America’s coastal twin—Miami.

Lyon, France, something like the New Orleans of Europe, is 25% less expensive…and safer.

The European lifestyle is also much more relaxed and life-focused, rather than job-focused. Transportation is substantially easier because of the abundance of metro and tram lines in so many places.

Housing is often much more affordable, too. Or said another way: You get more bang for the same buck when it comes to housing options.

In Berlin, one of Europe’s artsiest cities, a typical three-bedroom apartment in the city center is less than half the price of a similar setup in Boston.

And that’s comparing big cities. If we go smaller, Europe can get crazy cheap relative to the U.S.

I used to travel to Pensacola and other cities along Florida’s Redneck Riviera. The European doppelgänger would be something like Rovinj, Croatia, where lots of normal families head for a beach vacation.

Rent a one-bedroom apartment to live in Pensacola, you pay about $1,500 per month. In Rovinj, less than $500… and it’s not like you’re giving up lifestyle. Everything you want is available in Rovinj, including McDonald’s.

Europe is quite beautiful too.

When you see Lisbon and the Algarve in Portugal, or Spain’s Costa del Sol, you reflexively understand why Californians are flocking there in droves. Portuguese data show that the number of American expats now living locally has more than doubled in the last three years alone and has more than tripled since 2016.

Italy, Croatia, and others have introduced digital nomad visas that make it far easier to live locally. Indeed, with Italy’s new digi-nomad visa, one could theoretically live in Italy forever without having to apply for permanent residency.

Europe gets a bad rap from a particular contingent of Americans who like to bash on socialism and supposedly warm beer. The reality is far, far different.

In truth: Europe is affordable, picturesque, and safe. Healthcare is better (according to all the statistics) and doesn’t bankrupt anyone.

In short…I know why so many Americans are moving to Europe. It’s just a great place to live.

Editor’s Note: Join Jeff and the rest of our experts on European living this October 1-2 for the first-ever Best of Europe Private Screening. They’ll deliver the on-target information you need to get the real picture about life in Europe’s best destinations.

We’ve got a full schedule planned for you. No stone will be left unturned. We’ll even have special presentations on moving overseas as a single person and one with tips on how to enjoy life as a part-time expat, for example. Plus, you’ll get all the speaker contact information…email addresses, phone numbers, websites…so you can follow up with any one of them now or as long as it takes to make your move.

There’s no better way to fast-track your move to Europe. Book your spot at the Best of Europe Private Screening here today.